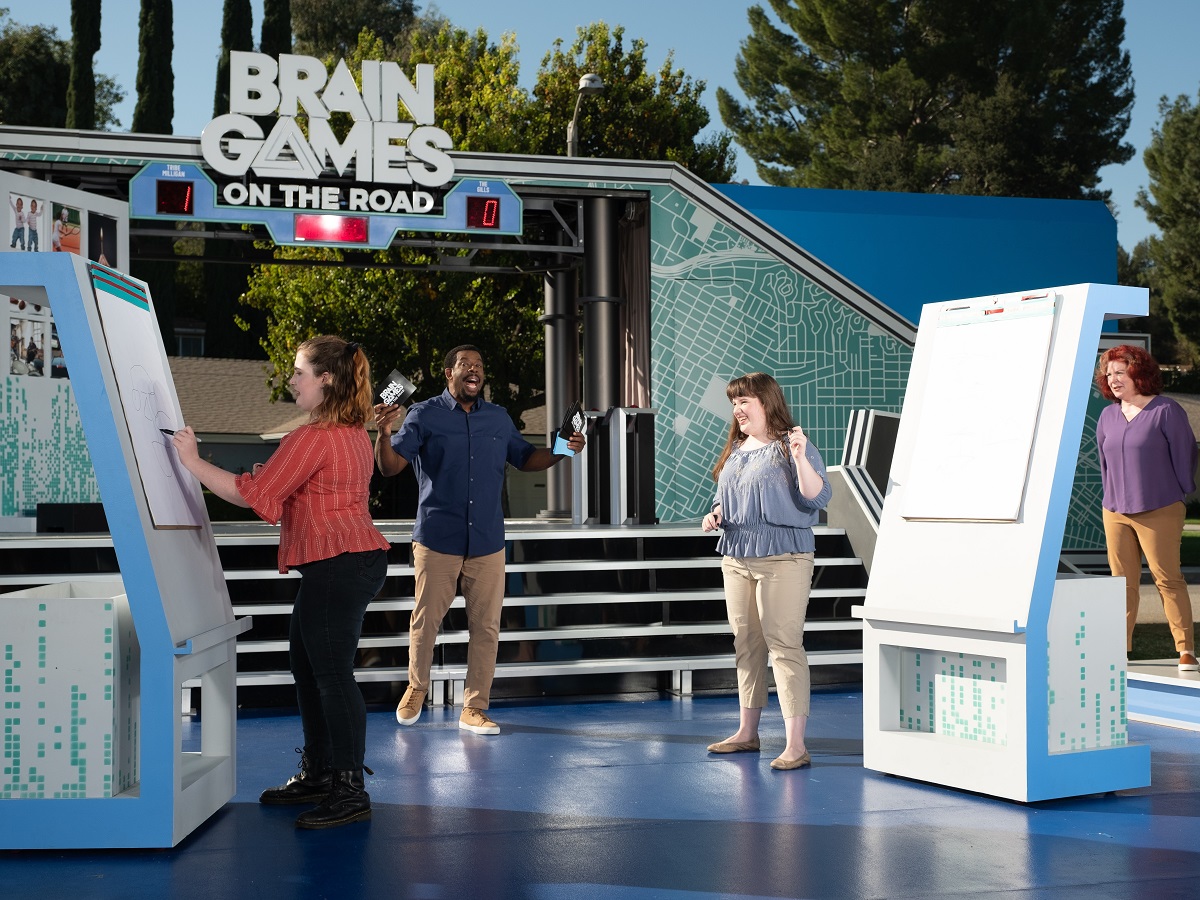 Brain Games first aired in 2011 as a 3-episode special on the National Geographic channel. It was such a success that it had seven additional seasons. The show offered an entertaining way to explore cognitive science using illusions and counterintuitive thinking that challenged viewers to solve puzzles called brain games. After each puzzle, the science behind it was explored. During season eight, the format was changed a bit to resemble a game show with celebrities competing against each other to solve challenges of the mind. However, for the latest season, Brain Games is leaving the studio and hitting the road.

What Is Brain Games: On the Road?

Brain Games: On the Road is a science-based game show where teams of four everyday people from various communities have the opportunity to engage in a friendly competition of the mind. Comedian Chuck Nice hosts the 9th season of the show and travels the United States with a mobile set to film episodes in the communities where the contestants live. The teams are made up of family, friends, and co-workers who compete against each other for the coveted Brain Trophy. This season consists of 20 unique episodes, which premiere on National Geographic on Friday, February 25th, at 8 pm (7 pm Central) with the first four episodes. Then for each of the following four Fridays, four new episodes air with each episode about 30 minutes in length.

I had the opportunity to interview Chuck Nice about hosting Brain Games: On the Road. Chuck is not only a stand-up comedian, but also has some experience with science, a passion of his, as the co-host of the StarTalk radio show with Dr. Neil deGrasse Tyson. He explained to me the three main reasons the producers decided to take Brain Games out of the studio and onto the road. The first reason is that it makes the show “far more exciting because the people who are playing have an association with each other already. So we get to see the dynamic of that relationship play out.”  The second reason is that “we have the only Autobot set in television. It is literally the Optimus Prime of sets. It turns into a game show studio.” Finally, instead of as in the past seasons where there has been an explanation and description of the science, “this time there is an actual physical representation of the science that is fun and at the end of all that fun you learn something.”

Chuck also likes how viewers can play along at home, making the same conclusions or mistakes as the contestants, and then learn why their brain reacted the way it did. For him it is “fun to see people discover things they otherwise would not have because it is fun and it’s a game.” As a result, he feels like he is not only entertaining people, but also providing a service. I asked Chuck what were some of his favorite games on the show. He enjoyed the game where items were placed on a conveyor belt and contestants had to memorize as many as they could as they went by. The mundane items were easily forgotten while the unique objects were more likely to be remembered. This illustrated the bizarreness effect. He also found Minor Difference to be fun, where players had to identify common songs when they were played in a minor key.

Chuck shared that his favorite part of hosting Brain Games: On the Road was interacting with the team members. The episode where Raise! Gospel went against the Accidentals Quartet, both musical groups, was a blast according to Chuck. While viewers only see about a half hour, there was three times that much content total. He said they “were singing songs, dancing, he was telling jokes–it was just so much fun.”

Why You Should See Brain Games: On the Road

I am grateful for the opportunity to interview Chuck Nice. His behind-the-scenes stories helped me appreciate the show even more. Brain Games: On the Road is an entertaining and educational show appropriate for the entire family. In fact, the format lets viewers at home play along with the contestants on screen. Chuck Nice does a great job as the host, bringing humor to the show and engaging with the teams to make each episode an amusing experience. I really like how after each challenge, Chuck explains the science behind the puzzle about how our brains work and perceive the world around us. Each of the teams are different and fun to watch as they compete. I highly recommend tuning in and spending the next four Friday evenings with Brain Games: On the Road.

Be sure to watch Brain Games: On the Road when it premieres on National Geographic on Friday, February 25th at 8 pm (7 pm Central).