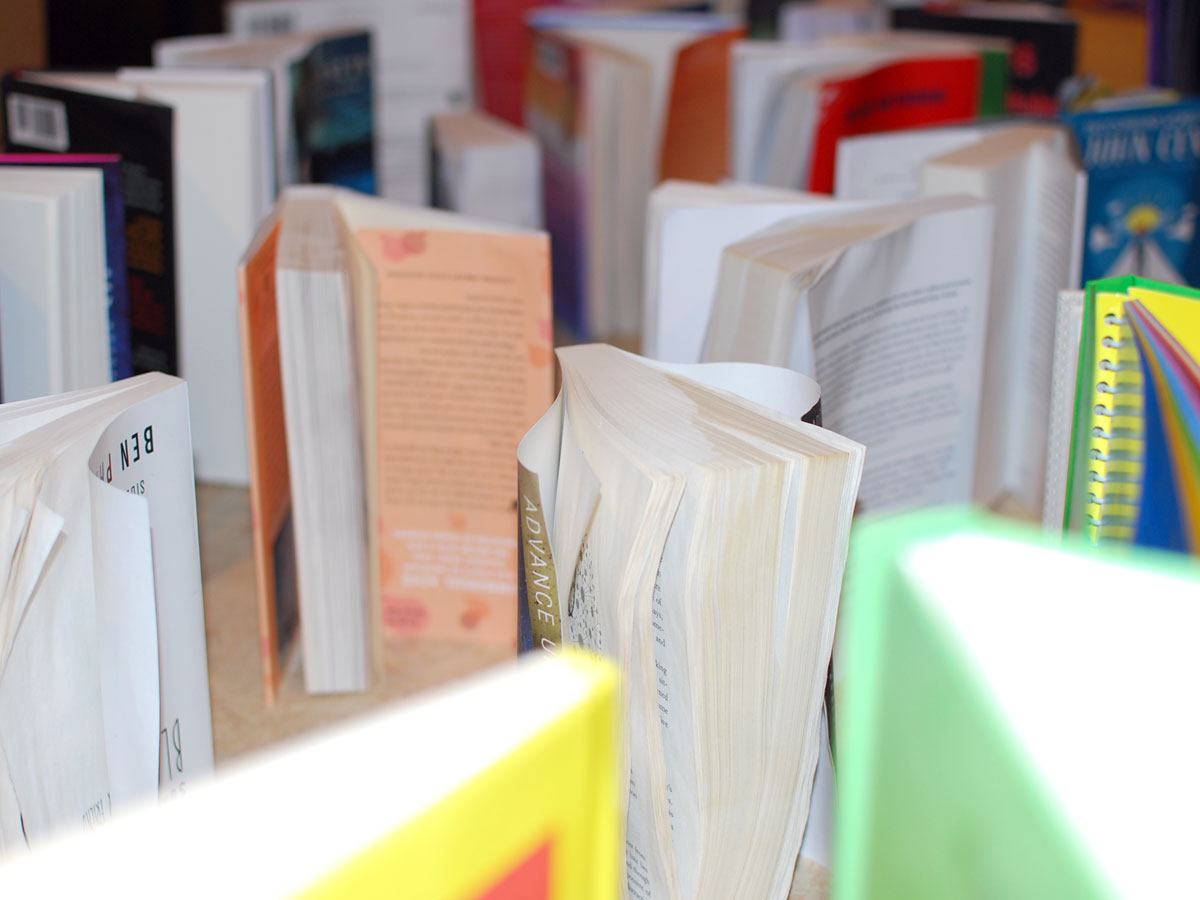 Hope you had a happy Thanksgiving, for those of you who celebrate it! Ours began with some excitement: we woke to our water heater tank gushing water onto the floor in my basement office, which is unfortunately where I have a lot of boxes of books. It didn’t reach as many books as I’d feared initially, but I’m trying to salvage as many of the waterlogged books as possible. Definitely a different type of overflowing to manage this weekend!

In the rush to get books up out of the water, and the subsequent rearranging of things to make room for the upcoming plumbing work, everything is now quite disorganized—and it’s also clear that I really need to weed aggressively. I spent a chunk of time on Friday reading jacket flaps and back covers; I always feel a bit of pain getting rid of a book I haven’t actually read, but I have to admit to myself that there are simply more books than I can possibly read. Can’t judge a book by its cover? Well, at this point I’m forced to. I’ve rediscovered a few that I’ve been meaning to read, and trying to group them a bit more so that they’re easier to find … though that never lasts long.

In the meantime, this week I did manage to finish one novel, so let me tell you about this one: 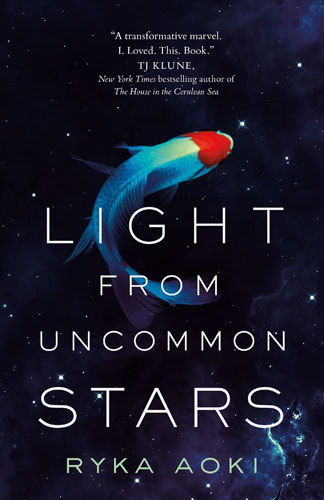 I suppose this book is technically science fiction (there are space aliens and stargates and holographic projections), but there are parts of the story that are maybe more magical realism (musicians selling their souls for fame). It’s hard to categorize and hard to summarize, but I’ll give you some tastes of what’s inside—though it may be most enjoyable going into it knowing almost nothing about it, the way I did.

Katrina is a trans girl who’s just run away from her family—she’s gone to Los Angeles, hoping to stay with a sympathetic friend and figure out next steps. Shizuka Satomi is a renowned violin teacher, also known as the Queen of Hell; she’s only taken six students, all of whom achieved stardom before, well, their souls were claimed for eternal damnation. And then there’s the Tran family, who bought the Starrgate (yes, with two Rs) Donut shop when the previous owners retired, but they’re maybe not quite who they appear to be.

The plot of the story brings these three characters together (and several others), but the book is also about San Gabriel Valley, too: the way that shops and restaurants have changed hands over the years, plus the ones that have stayed the same for decades. It’s about the food, about the grandmothers growing vegetables in their gardens in the fancy neighborhoods, about the tucked-away, unassuming businesses with rich histories. It’s also about music—not just what’s played on the violin, but the music that stirs within us when we hear something that moves us.

Through Katrina, we also get a vivid—and often nasty—picture of what it’s been like for her to be transgender, from offhand remarks while shopping to physical abuse. She’s so accustomed to being rejected if she’s “found out” that she’s constantly monitoring herself and assessing how others are reacting to her. The book shows other characters having their eyes opened to her struggle, and also how Katrina finds her voice.

I really liked the way that Aoki was able to weave these seemingly different strands together. The book confronts the pain and ugliness in the world and gives it a name, but then envisions a way past it, with a conclusion that’s ultimately hopeful.

Well, that’s it for today’s stack! This week will probably be a lot more sorting and rearranging, but maybe I’ll have some more to share next week.

Disclosure: I received an advance reading copy of this book. Affiliate link to Bookshop.org helps support my writing and independent bookstores!

A ‘Leviathan,’ an ‘Alien,’ and a Film Student Walk Into A Bar… 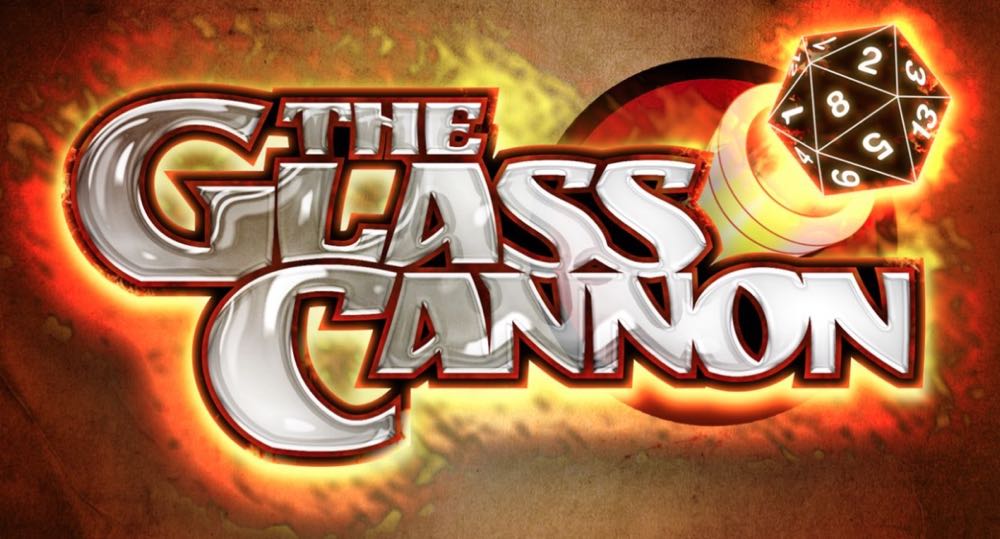 ‘The Glass Cannon Podcast:’ Actual-Play Roleplaying at Its Best