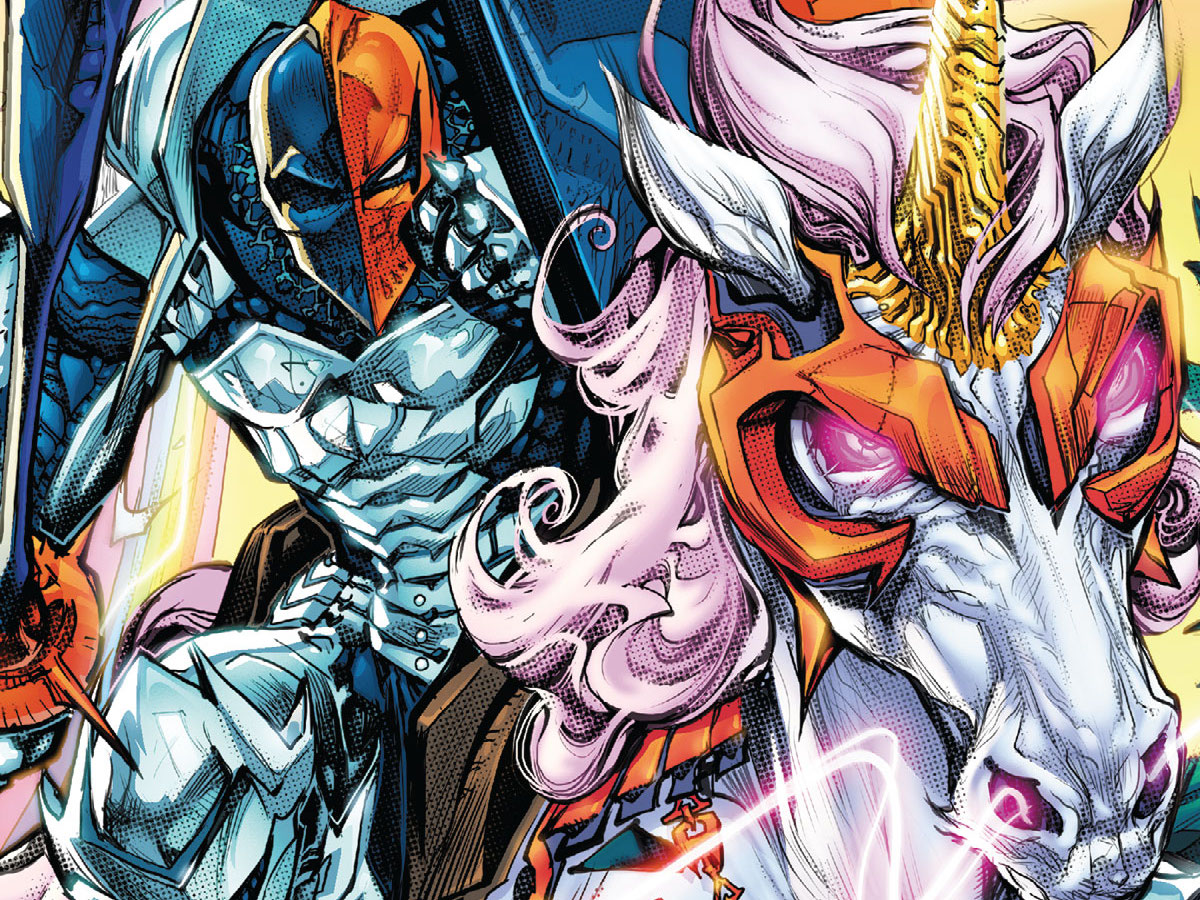 Ray: Thus far, this series just seems to be having a blast with throwing Deathstroke into one completely insane situation after another. Sure, there is a central plot—with Black Canary and the second Toyman working for the mysterious TRUST and trying to figure out what the shady organization is actually up to. We even get some serious movement on that this issue, with a reveal of one of the major villains. But does Deathstroke care about any of that? Not really. He’s just looking for his next big mission, and he gets it in the form of Cheetah. The Queen of Fables has been running an escape route for fugitive villains, sending them into their own custom-made fantasy worlds for a fee. Cheetah had one built for her, and now Deathstroke’s captured the Queen and wants a way in. She gives it to him, but there’s just one problem—Deathstroke has very little experience in surviving a fantasy setting.

The biggest surprise of this book is how funny it is. Deathstroke keeps getting thrown into absurd comic book plots and hates every minute of it. He carves his way through cat bodyguards before making his way to Cheetah’s palace, and Williamson does a good job of showing the difference between the self-destructive Barbara Minerva and the coldblooded Slade. Howard Porter’s art has rarely looked better, and he’s completely switched up his style from last issue’s massive collection of space splash pages. It’s a strong book that feels light, but also has some great characterization. Black Canary in particular, even if she isn’t the focus, feels like she’s getting the exploration of her history and motivations she hasn’t had since the heyday of the Birds of Prey run. I don’t know if it’ll eventually come together into something truly great, but right now I’m just enjoying the ride.