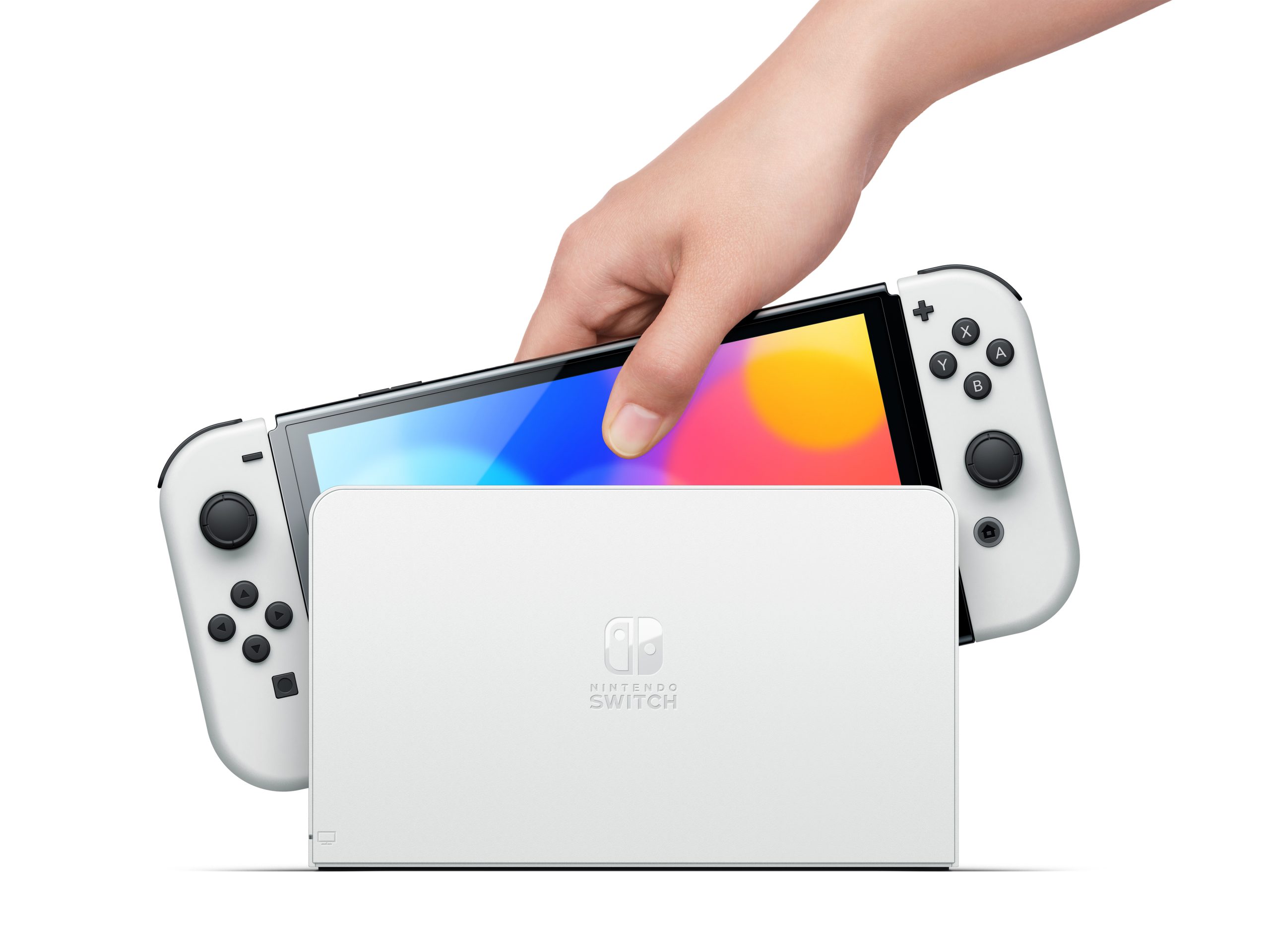 While not exactly the most dazzling moniker, the newly released Nintendo Switch OLED Model is at least upfront about what it is. It’s not some hypothetical “Nintendo Switch Pro,” but it’s also not to be confused with the base Switch model or the more portable Nintendo Switch Lite. Instead, it’s a new Switch with a bigger, better, brighter screen, and that’s its chief selling point. That isn’t, however, all it has to offer.

It’s Not All About the OLED Screen

Ok, but it’s mostly about the OLED screen—especially if, like me, you spend the bulk of your Switch playtime in handheld mode.

The titular OLED is a marked improvement over that of the original’s LCD, coming in at a sizable 7 inches compared to the Switch’s 6.2-inch screen. And it positively dwarfs the 5.5-inch screen size of the Switch Lite, which has been my preferred model since its 2019 release.

The OLED screen offers better color and contrast, especially when it comes to those inky blacks and sapphire blues. Most impressively, this model integrates the updated panel without noticeably changing the classic Nintendo Switch footprint.

There’s a very slight size difference, but nothing you’d notice without putting your old Switch and your new OLED Switch side by side. Instead, it increases the screen real estate by reducing the size of the bezel, and that is something that’s instantly obvious.

To truly take advantage of the OLED’s responsiveness, though, you’ll want to make one tiny adjustment to your System Settings. A new Menu option called Console-Screen Colors is available only on the Nintendo Switch OLED Model, allowing you to change from Standard to Vivid. The latter, obviously, is preferred for a better visual experience.

While the other often-noted OLED system upgrade—a modest bump from 32GB of internal storage to 64GB—likely won’t make a ton of difference to avid Switch gamers (who’ve surely already invested in a high-capacity microSD card for downloadable titles), don’t discount the new speakers.

Though Nintendo of America is simply touting this upgrade as “enhanced audio,” recent teardowns have confirmed that I can believe my ears; the Nintendo Switch OLED Model is noticeably louder in handheld and tabletop modes.

The reason for this, it turns out, is that the OLED Model speakers are now enclosed and forward-firing. In a recent Ask the Developer segment at Nintendo.com, Deputy General Manager Toru Yamashita explains that this structural change was actually due to the size of the OLED panel itself, which left less room inside the console for other components.

The designers had to get creative, and gamers certainly ended up benefitting as a result.

Get Up, Stand Up

A common gripe about the Switch’s tabletop mode was the fairly insubstantial kickstand. While third-party peripheral manufactures came up with any number of novel alternatives, Nintendo itself decided to remedy the problem with the OLED Model redesign.

Now, rather than a thin, single-point stand, the entire lower half of the OLED Switch’s back shell can be employed as a wonderfully robust kickstand. This allows you to find the best possible viewing angle, whether playing alone or with your friends and family.

And though I was initially nervous about it collapsing mid-game, it has genuinely proven itself to be sturdy and dependable.

While all the features I’ve described thus far (excepting the new 64GB of internal storage) have mainly benefited the Switch in handheld or tabletop mode, the new OLED Model does have a nice surprise for those who prefer docked play.

Previous versions—both original Nintendo Switch and Switch Lite—were Wi-Fi only out of the box. This was fine for most players, but the more competitive among us tend to look upon wireless online gaming with mistrust and no small amount of disdain.

Hori has long provided a licensed Wired Internet Adaptor, which my 16-year-old swears by for Smash Ultimate online play, for around $30. However, this feature is now baked into the new Switch OLED Model ecosystem.

Nestled inside the new OLED Model dock, alongside its AC power connector and HDMI output, is a dedicated LAN port. This, of course, means that the dock’s two exterior USB-C ports are its only additional connectors, but that’s a small price to pay for added network stability.

It’s no accident that Metroid Dread dropped alongside the Switch OLED Model. This ambitious throwback side-scroller—the fifth and final chapter of the original Metroid story arc—is a veritable showpiece for the new OLED tech, and, as it turns out, a great pick-up for Halloween.

Taking place after the events in GBA standout Metroid Fusion, Dread begins with the revelation that the X parasite still survives on planet ZDR. Having lost contact with its seven Extraplanetary Multiform Mobile Identifiers robots dispatched planetside to investigate, the Galactic Federation turns to our favorite space-faring bounty hunter (sorry, Mando) to get to the bottom of this deepening mystery.

In true Samus Aran fashion, our girl almost immediately loses her suit’s abilities and spends the remainder of the game rediscovering her powers while traversing across various hostile environments. Like you do.

Alongside old chestnuts like missiles and bombs and various beams, Samus once again employs the free aim (mapped to the L shoulder buttons) and melee counterattacks (mapped to X) pioneered in 3DS remake Samus Returns, but there is something wonderfully distinct about Metroid Dread.

First and foremost, it looks phenomenal on the Nintendo Switch OLED Model. Those deep blacks and reds really pop—especially in Vivid mode. Furthermore, the title’s controls have been honed to a razor’s edge. Not only does combat feel responsive and visceral, but movement, especially the new slide ability, is perfectly immersive.

All this, coupled with the fact that Dread is the first brand new 2D Metroid title in nearly two decades, already makes the release a big deal, but the most noteworthy element is how a game from a series that literally helped us define a classic action-adventure subgenre (Metroidvania) itself dabbles in brand new territory—survival horror.

From Alien to Event Horizon, science fiction is no stranger to scares, and Metroid Dread brings those in spades. The compromised EMMI droids each have defined domains on ZDR. They are clearly marked by special entranceways, and that’s a good thing; these robotic trackers are unrelentingly deadly, and they have their sights set on Samus.

While in an EMMI Zone, Samus must resort to stealth, plotting and sneaking to circumvent her enemy, but still remain ready to cut and run at the drop of a hat. Stronger and faster than our heroine, each EMMI is a force to be reckoned with, and capture means certain death—almost.

There is a painfully narrow window during an EMMI encounter where Samus can use her melee counter to stun her attacker and escape. (Think of it like the quick-time events in a Resident Evil or Tomb Raider game.) But given how hard it is to execute this counter, your best option is always to retreat out of the robot’s territory.

This adds an additional element of… well, dread to the game. In a moment, Samus Aran can go from blasting countless oversized enemies to fleeing from a solitary foe, and this dynamic makes the walking-on-eggshells portions of Metroid Dread‘s gameplay also some of the series’ finest to date.

After you’ve explored planet ZDR in all its horrifying glory, you’ll no doubt want to see what other Nintendo Switch titles look like on the OLED Model. Personally, I haven’t yet encountered anything that hasn’t benefitted from the facelift—though the retro graphics of something like the Castlevania Advance Collection arguably don’t exactly need the fresh coat of paint.

Mario Kart 8 Deluxe is another game that Nintendo has been hyping during the OLED launch and with good reason. The depth of color and the overall visual response is so buttery smooth it’s reminded me why this is still one of the finest Switch titles on the market.

Though not as much of a visual feast, Animal Crossing: New Horizons is also served well by the OLED, with the larger screen somehow making my island feel that much more immersive. (Especially after spending so many hours playing it on a Switch Lite!)

And don’t write off management sims and visual novels either just because of their comparatively low polycount. Shrouded Isle, which had thus far proven impossible for me to play in anything but docked mode because of its minuscule on-screen text, is finally accessible to me on the go thanks to the OLED Model!

Whether or not the new Nintendo Switch OLED Model is worth the $350 investment for your household depends on a lot of factors. Families who tend to spend most of their Nintendo Switch playtime in docked mode around the den television, for example, may not exactly reap the benefits of this new system; your original Switch is likely already a perfect match for your family’s more casual gaming exploits.

Likewise, if you’re in the market for multiple Switch systems for several younger players, the Switch Lite may make more economical sense. And, further, if all you’re really looking for is that LAN port, the aforementioned Hori dongle or the OLED Model’s updated dock (which Nintendo plans to begin selling on its own soon) would easily suffice.

If, however, you’re looking for the very best handheld gameplay the Switch can offer, if you’re really interested in passing that Joy-Con and sharing the Switch with your friends in tabletop mode, and if you truly want to have the most enjoyable portable gaming experience of this console generation, there’s simply nothing like the Nintendo Switch OLED Model. 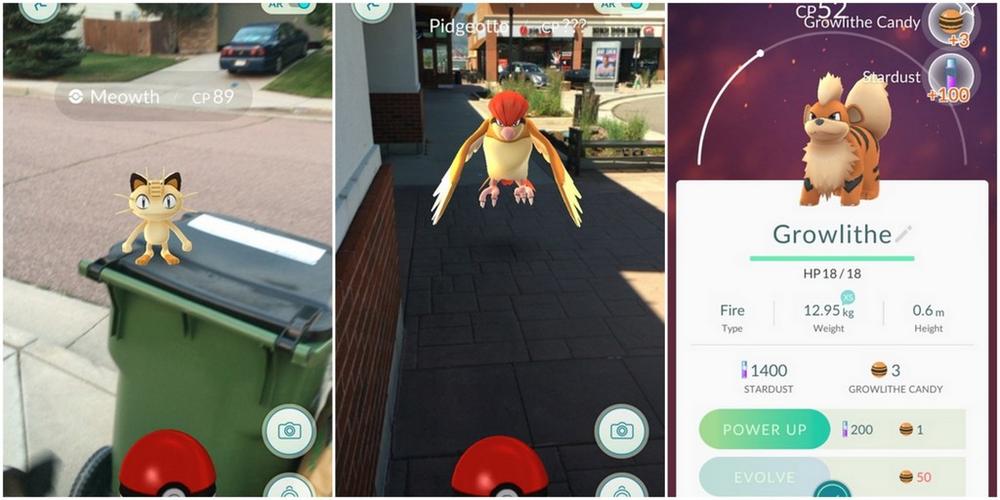 ‘Pokémon GO’ Is a Security Risk to Google Accounts 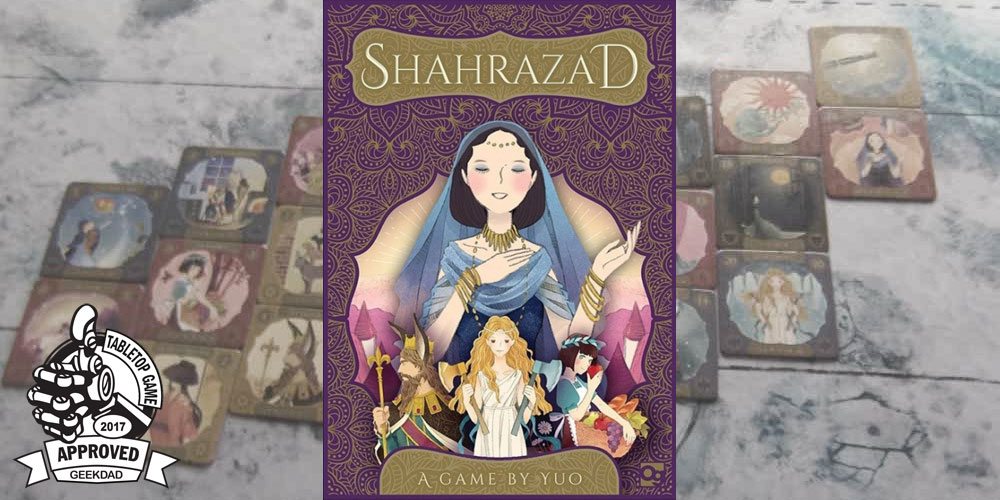