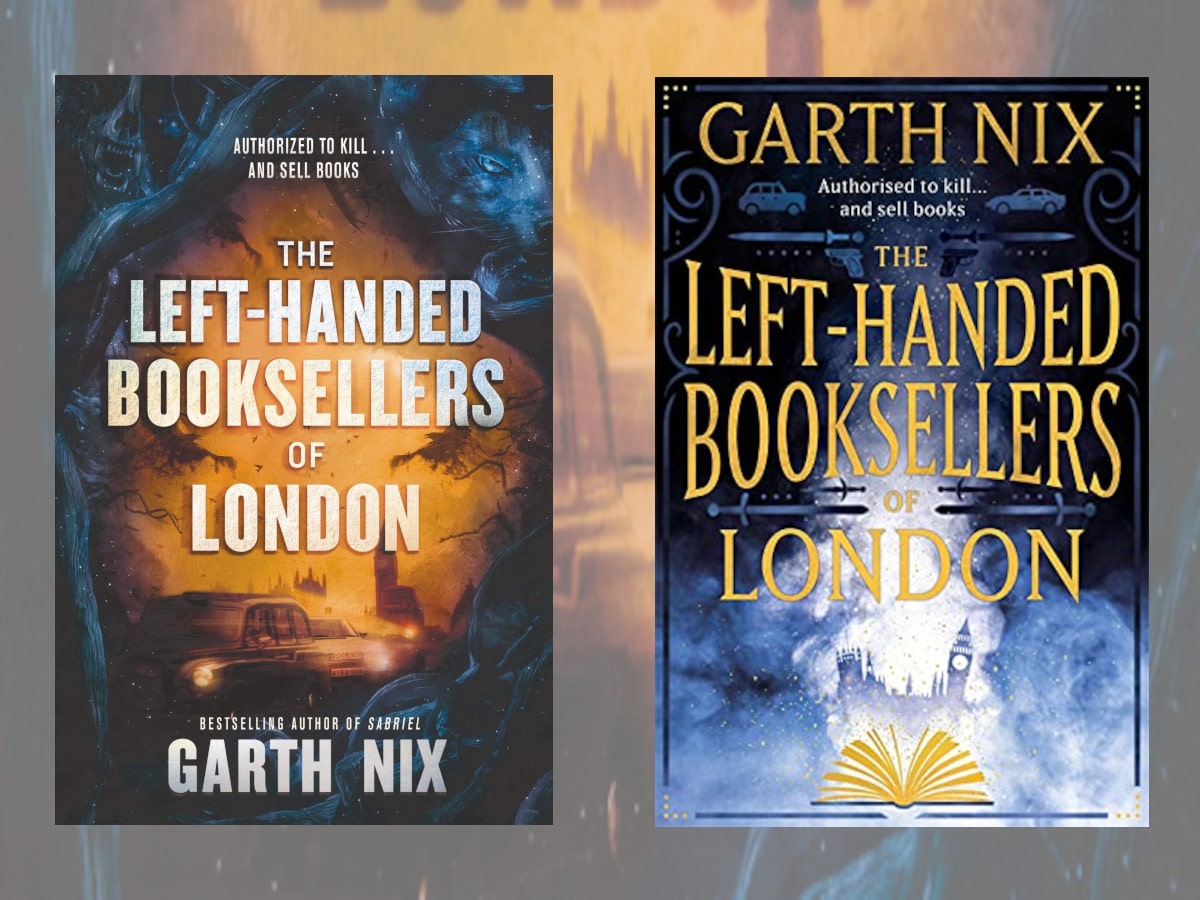 Having once been a left-handed bookseller, just outside of London, I knew I had to read The Left-Handed Booksellers of London, if for no other reason than to find out what my urban-based brethren got up to. At the time I was bookselling, Garth Nix was hugely popular but, to my shame, I had never gotten around to reading one of his books. Now I could put this omission behind me too. Reading a book based on its title alone might not be considered a sensible a thing to do, but in this case, it definitely was. I thoroughly enjoyed The Left-Handed Booksellers of London, from first page to last.

What Is The Left-Handed Booksellers of London?

It is a gentle urban fantasy set in the early 1980s. Unsurprisingly, the novel opens in London. The UK in which the novel is set is not just one filled with magic, it is a slightly different reality altogether. This doesn’t affect story or plot in any way but gives the reader little easter eggs to look out for as they read the story.

The Left-Handed Booksellers of London centers around Susan, who grew up in Glastonbury but never knew her father. She is about to start university in London and leaves for college early to follow up a lead on where her father might be. As the novel opens she is in a precarious situation in the home of a crime boss. An elfin figure appears and with the prick of a hat-pin annihilates the crime boss and saves Susan from who knows what. Enter Merlin: A left-handed bookseller.

And that’s only the start of Susan’s troubles. As she and Merlin flee the scene, they are waylaid by a creature from legend. It soon becomes apparent that some very powerful forces are after Susan. She enters the world of the booksellers, a clandestine organization that protects the mortal world from the ravages of faeries and magic. Together with Merlin, and his right-handed sister, Vivien, Susan embarks on a quest to find her father’s true identity. Whilst doing this the trio has to fight off numerous foes and unravel the mystery of which old, powerful, and magical forces want Susan dead.

Why Read The Left-Handed Booksellers of London?

The novel contains some great set pieces, some interesting bits of British folklore, and some interesting whodunnit elements. Whilst complete as novel in its own right, there is room for many more books in a series. A cursory Google search doesn’t show that a second novel is on the way any time soon (Nix’s next book is a Sabriel sequel) but I do hope we don’t have to wait too long before the London Booksellers are given another outing.

The Left-Handed Booksellers of London is a delightful, unpretentious read, filled with imagination and extremely likable characters. I wholeheartedly recommend it, even if I found its representations of bookselling in the UK capital to be entirely inaccurate.

If you enjoyed this review, why not make it a London double-whammy and check out my previous review of Kid: A History of the Future, an absorbing near-future dystopia. Alternatively check out the rest of my book reviews, here.

If you’d like to pick up a copy of The Left-Handed Booksellers of London, you can do so here in the US, and here in the UK.