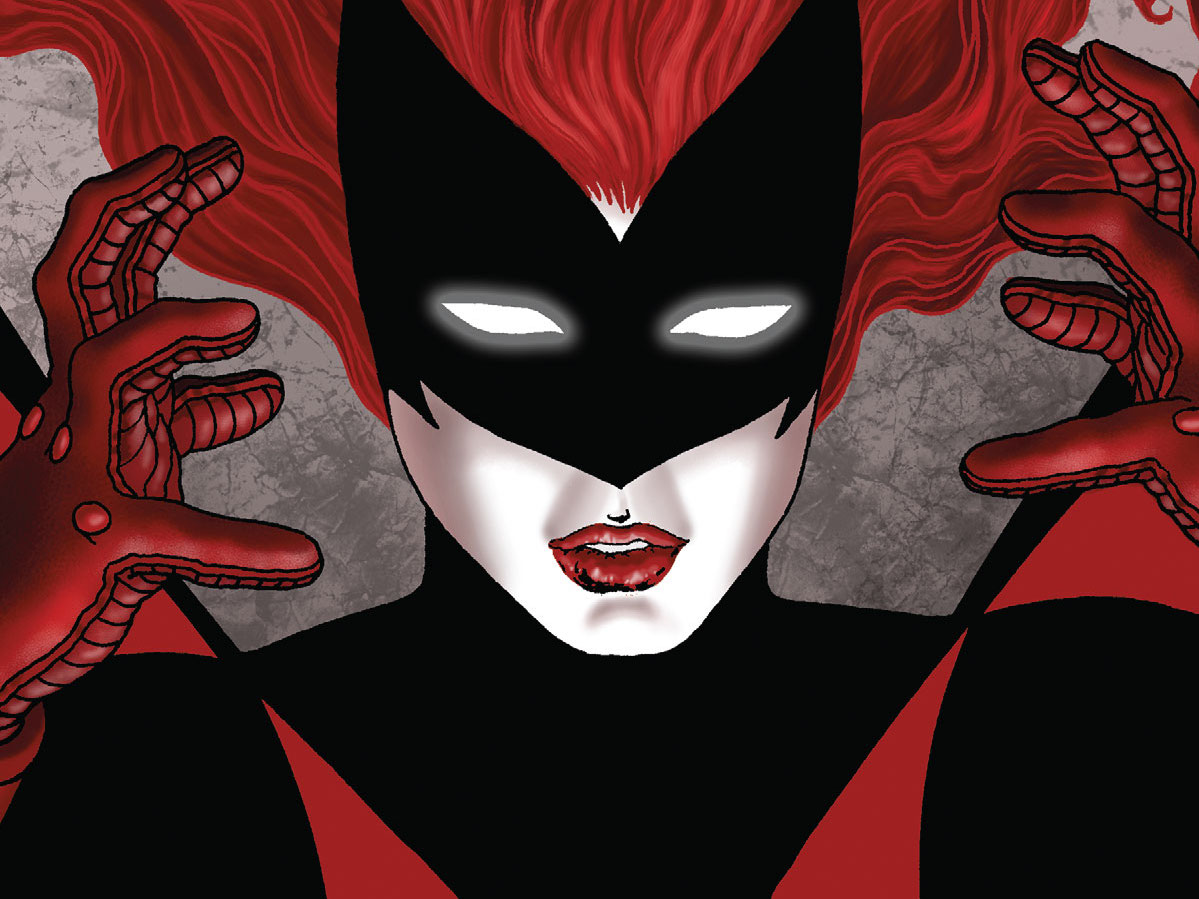 Ray: Four new stories begin this month, featuring some of the less-seen members of the Bat-family and rogues. No Robins here, but how do these stories shake out?

First up is a Batwoman story by Alyssa Wong and Vasco Georgiev, and this is really good. It’s been a while since we caught up with Kate Kane, and things are actually going her way for a change. Beth is out of the mental hospital and seems to be recovering while living with her sister—but keeps having flashbacks and visions of Alice. But Kate gets an unwanted surprise when Renee Montoya shows up with a shocking video showing Cassandra Cain murdering civilians. Kate tracks down the young Batgirl and finds out that—no surprise—the video is a fake, but the reveal of who’s behind it is a much bigger issue. This ties into Fear State, elevating the mysterious Seer to an even larger threat that can mess with what people are seeing, and the only way to neutralize the anti-Oracle may be to unleash a monster. Good characterization for everyone around, and excellent art by Georgiev.

Christian Ward goes solo on a Professor Pyg story, and it’s just as surreal as you’d expect. Professor Pyg has kidnapped a little girl and plans to make her one of his Doll-o-Trons. Batman is in hot pursuit, and the story of the chase—as Batman interrogates every villain he can find—is interspliced with scenes of Bruce being read The Three Little Pigs by his father as a child. Bruce takes some interesting lessons from the story that drives home that he always had the personality traits that made him Batman. It’s a brief story, but a strong one.

An Azrael story by Dan Watters and Nikola Cizmesija, and it’s an odd one befitting the supernatural vigilante. Azrael is back in Gotham, fighting crime by night and working in a hospice by day after his space adventure. But when a dying criminal talks about how death has lost its power in Gotham, and a D-list supervillain seemingly kills themselves in an explosion, Jean-Paul gets himself caught in an increasingly bizarre mystery. This story feels like a throwback to Azrael’s ’90s status-quo—a fitting tribute to the late Denny O’Neill.

Finally, Brandon Thomas and Cian Tormey reunite for another chapter in Thomas’ Outsiders saga. Set thirty years after the events of Gotham’s Future State, it follows a now-aged Duke Thomas as he attempts to complete the mission of freeing the energy-based Black Lightning from Katana’s sword. He teams up with Teekl, Klarion’s familiar who is now a talking cat-man, as they enter the cursed ruins of Arkham Asylum. And the master plan involves sending Jefferson’s essence back in time to the present day—where he meets up with the current Outsiders, who are involved in an underground fight ring with Frankenstein. It’s huge-scale, weird, wild, and surprisingly compelling—with a surprise guest-star at the end.

Overall, the quality of stories in this anthology continues to be sky-high.