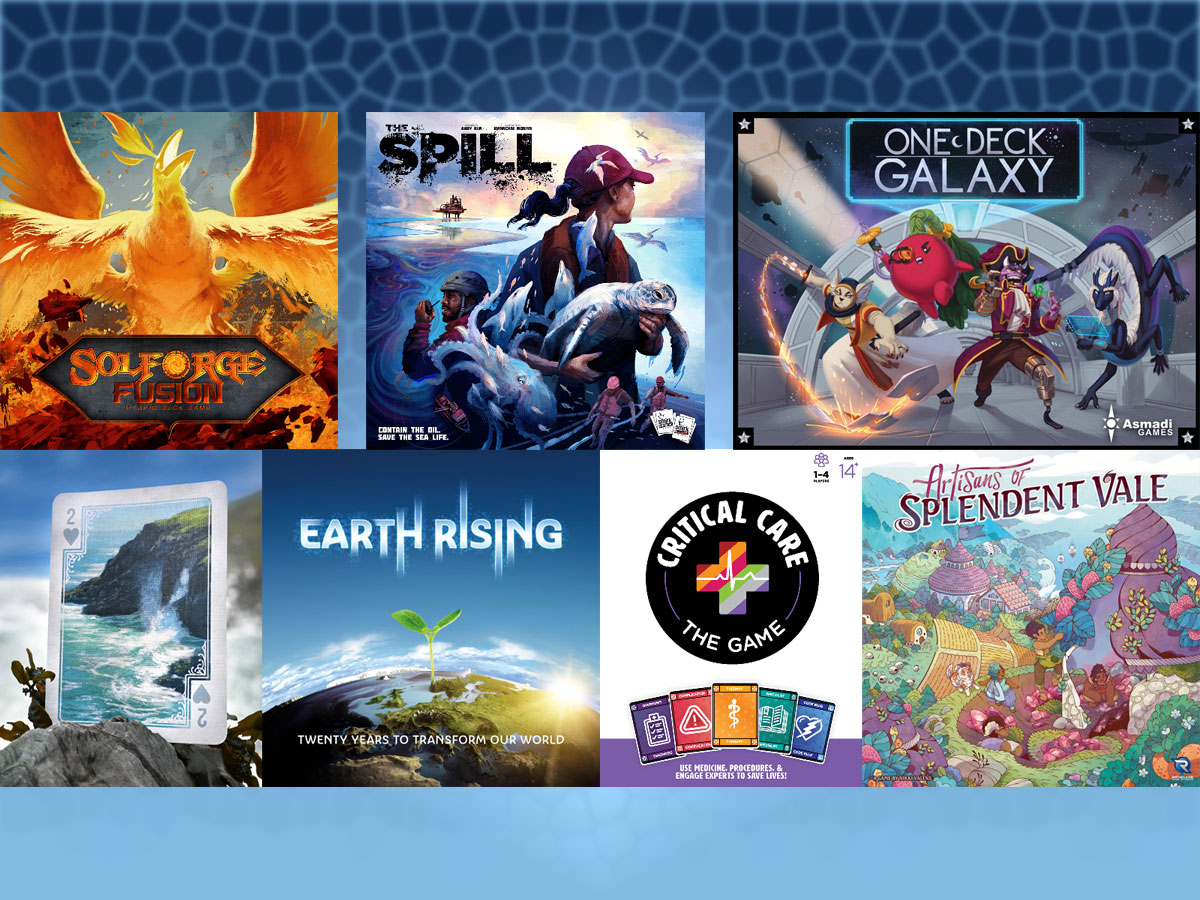 Despite the challenges facing tabletop game publishers like increased shipping, delayed manufacturing, there are still a lot of great games in the pipeline. They just might take a little longer or cost a little more these days! Here are several Kickstarter projects that I’ve been watching lately—most of them this time are cooperative games, which seems appropriate for a time in which it’s more important than ever that we learn to work together.

I mentioned this one a while back, during SDR’s first launch, but the game did not reach its funding goal at the time. This time, though, they’ve surpassed the goal and have just a couple days left in the campaign. Earth Rising is a cooperative game about climate change, based on the real-world deadline that we need to start making a major shift now. The game shows how many different things impact climate change, from infrastructure to politics to culture, and also shows the way that many of them are interconnected. It also addresses global poverty. You’ll be working to lift people out of poverty, but unsustainable practices will also put additional strain on the environment, which can lead to other problems.

I’ve played this one on Tabletop Simulator, and I really love the way SDR has put so much thought into both the gameplay and the message of the game. It’s a really thought-provoking game, but hopefully it will also drive people to take action (and educate people on what types of action they can take)!

The Spill from Smirk & Laughter

Here’s another one about an environmental disaster, but a little more localized: The Spill is a cooperative game about cleaning up an oil spill. During the game, you have to manage both the spreading oil itself and the threatened marine life around the platform. The game uses an oil rig–shaped dice tower that spills the dice into four quadrants, showing the spread of the oil. Each character has a different ability, from expertise in rescuing animals to pushing back the oil to faster navigation around the board. This is another one I’ve tried out on Tabletop Simulator, and it’s a nice challenge! This campaign also ends in two days, so check it out soon!

Way back in 2012, I backed a game called SolForge on Kickstarter, a collaboration by Richard Garfield (the designer of Magic: The Gathering) and Gary Games—now known as Stone Blade Entertainment. SolForge was a digital-only card game, and it combined the gameplay of CCGs with an upgrade effect: as you played cards, they would get upgraded into more powerful versions for the next time you played them. Unfortunately, SolForge is no longer around—the servers stopped running in 2019—but now there’s a new, reworked (analog!) version coming.

In SolForge Fusion, you choose two factions to make up your deck, and then battle it out with another player. Each card has three levels, and when you play it, the next level is put into your discard pile, so the cards you play get stronger. You’re also limited in how many cards you play each turn, so there are often tough choices between the card that is most effective right now and the card you’d really love to upgrade for later. SolForge Fusion will also use algorithmically generated decks, so your Alloyin deck and my Alloyin deck will have a different mix of cards. And for folks who like digital play, there will also be a way to scan in your unique decks to play online—plus it’s available to try on Tabletop Simulator. 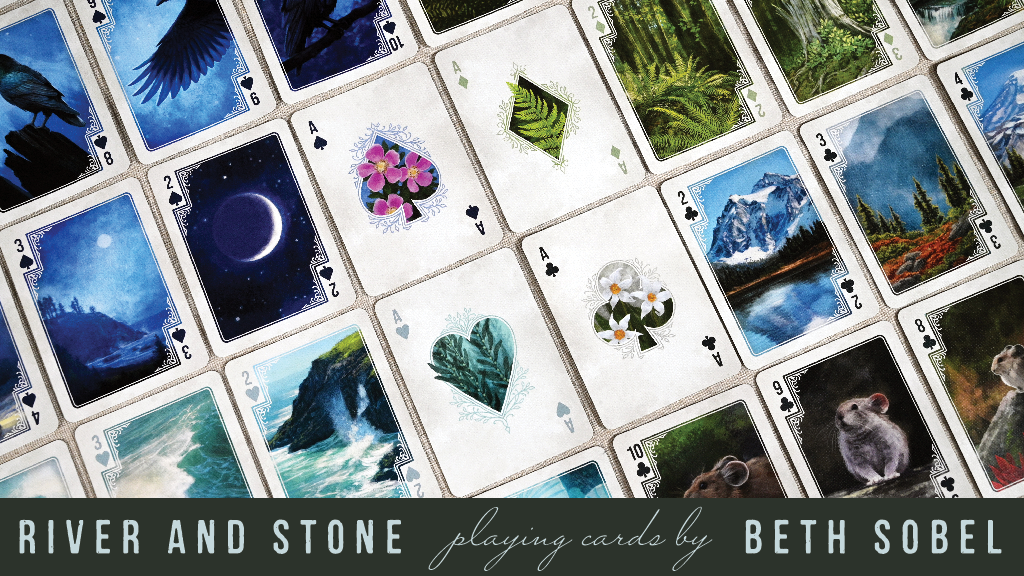 Beth Sobel is one of my favorite board game artists, and if you’ve been following my reviews you’ve seen her artwork in a lot of games, from Fire in the Library to Verdant. She’s been working on this deck of playing cards for several years now, painting artwork for each individual card, and it looks stunning. If you like beautiful playing cards, take a look! There’s also an option to get an uncut sheet as an add-on, in case you’re looking for some art to hang up in your game room. 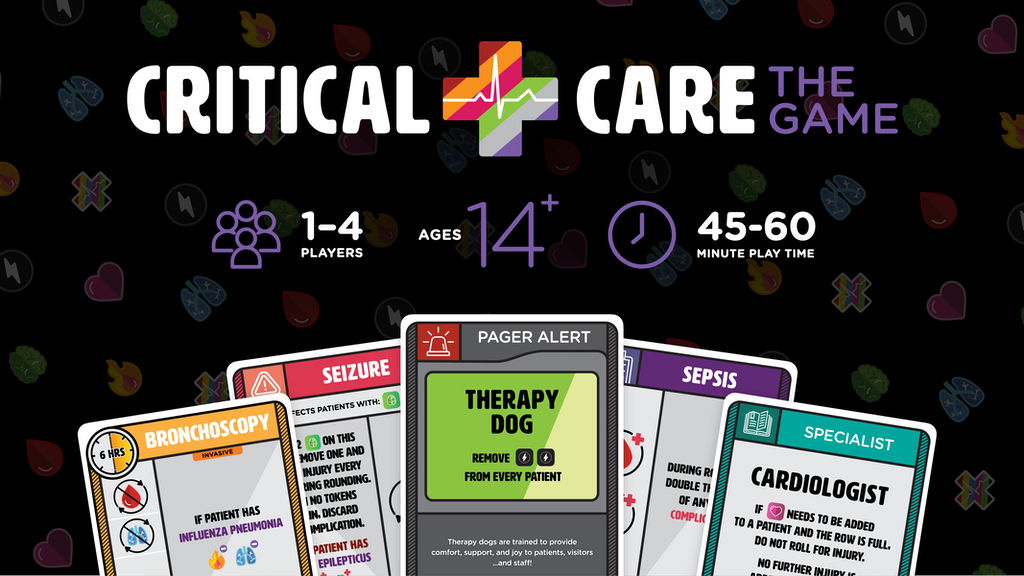 As you may know, intensive care units across the US are currently overburdened, and healthcare workers have been pulling long shifts to care for patients. Lashman Swamy is an ICU doctor, and he created this game “to share the wild mix of science, technology, and incredible people that you can only find in the ICU.” Take care of your patients and get them healthy enough so they can go home, while answering the constant ringing of your pager and calling specialists. You don’t have to have a medical background to play—it looks like a game that will give you a sense of what happens in a busy ICU, and give you a sense of how hard our doctors and nurses work to keep us alive.

One Deck Galaxy from Asmadi Games

The popular One Deck Dungeon is blasting off into space! This is a solo/cooperative game for up to 2 people (or up to 4 if you buy two decks), and you build up a space federation while fending off a cosmic adversary. You roll dice and spend them on your various cards to explore planets, have encounters, acquire new tech, and confront the adversaries. I actually haven’t played One Deck Dungeon, but I’d always heard good things about it and I like the sci-fi theme on this one.

This one’s a big-box game, a big campaign adventure about four artisans in a magical land, developing their crafts and exploring the land. I haven’t gotten to play this one at all myself, but I love the artwork and am curious to see how the story unfolds. Note: unlike most of Renegade’s titles, this one will not be hitting regular retail distribution, so you won’t find it in stores (unless your game store backs the campaign).

Chop Their Heads Off, Take Their Stuff as Axe Cop Meets Munchkin 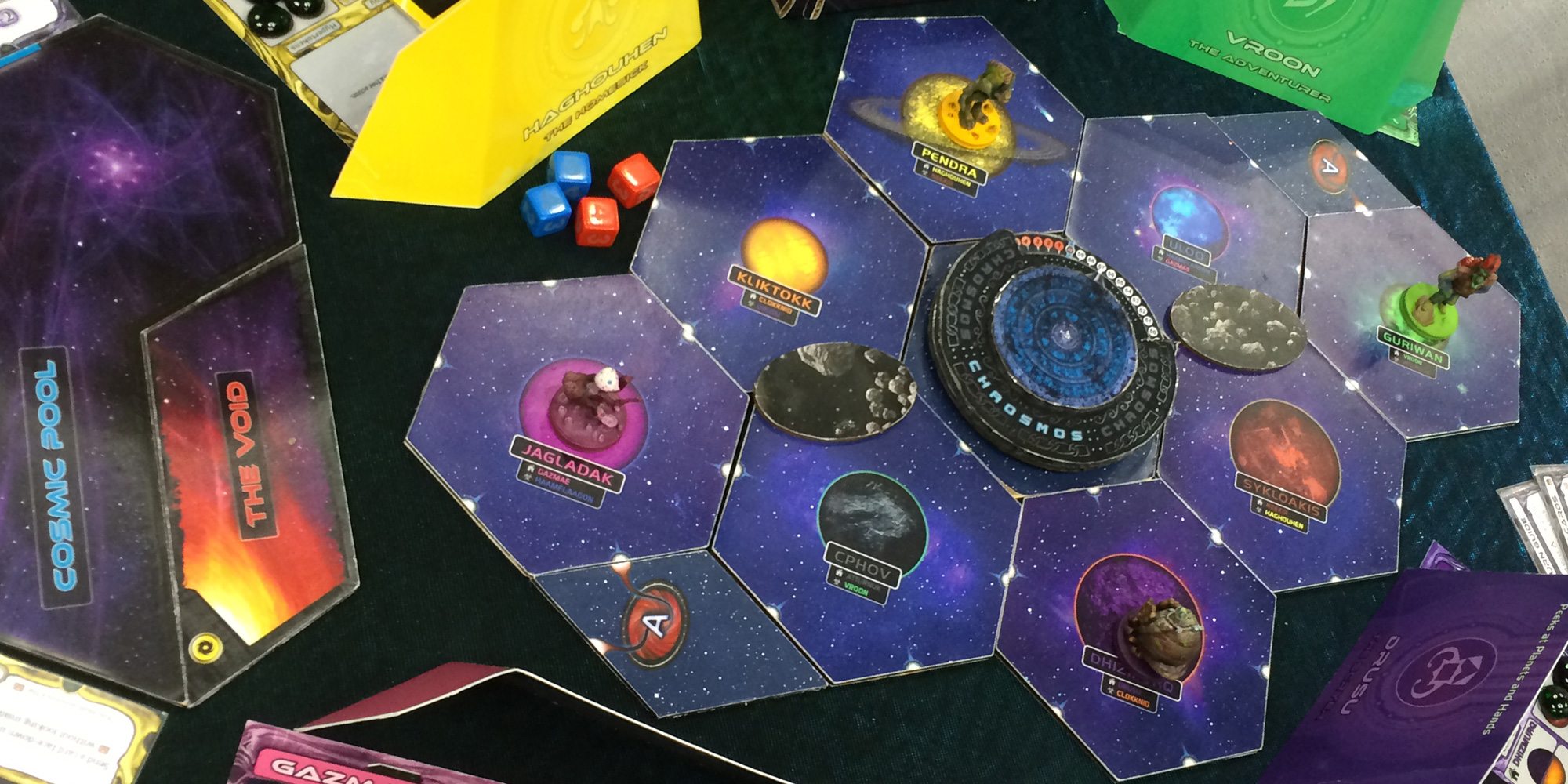 Reflections on Kickstarter and Gen Con 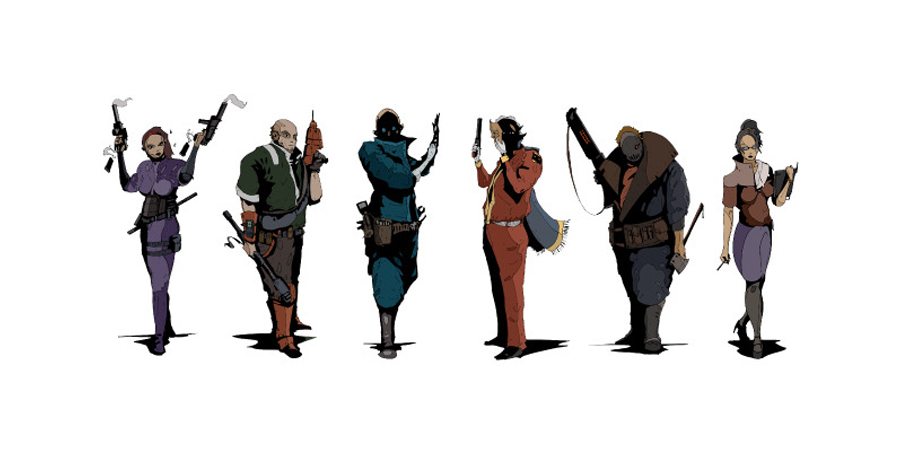