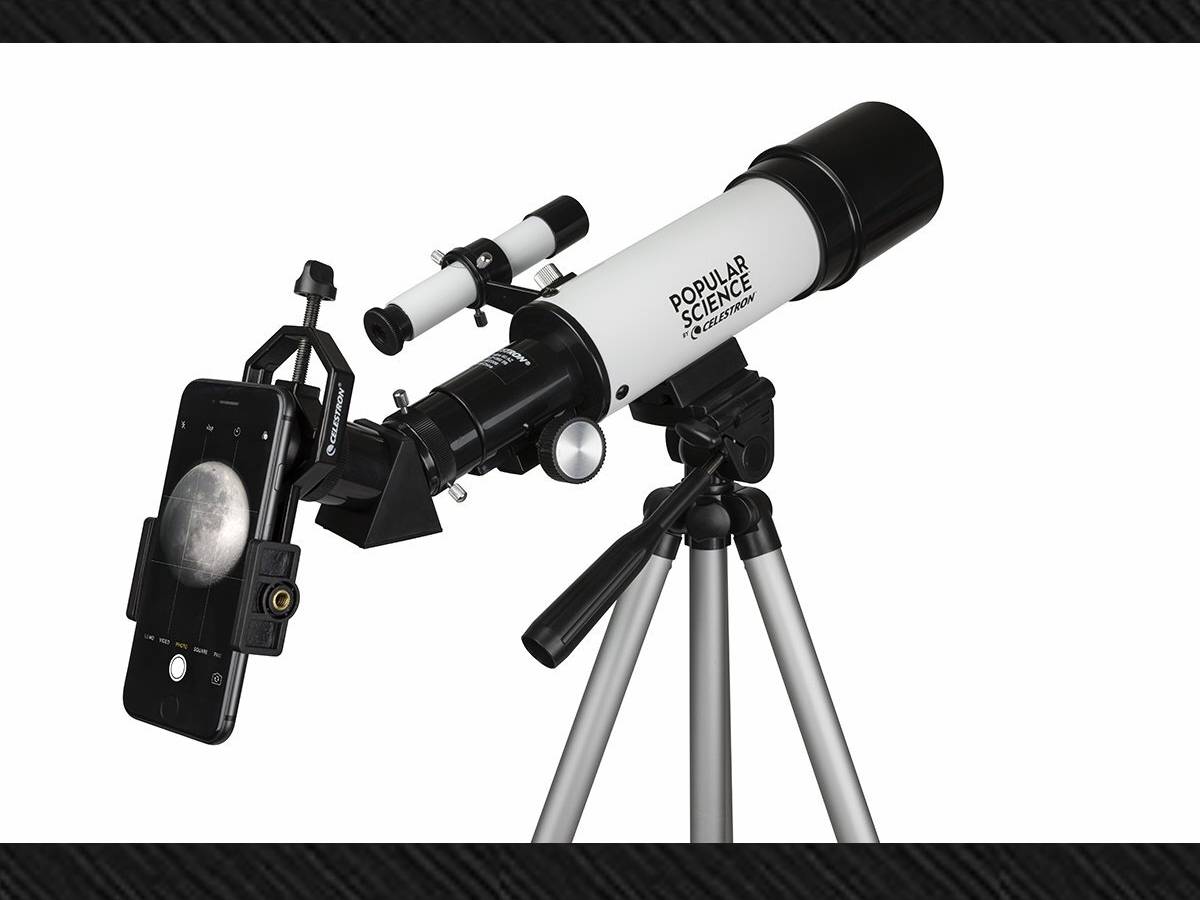 This summer, Camden Media signed a licensing agreement with Celestron to create a Popular Science-branded line of telescopes, microscopes, and other optical equipment. One of the first of these products to be released was the Popular Science by Celestron Travel Scope 60 Portable Telescope With Smartphone Adapter and Bluetooth Remote. Celestron sent me one to run through its paces.

What Is the Popular Science by Celestron Travel Scope 60 Portable Telescope?

The Popular Science by Celestron Travel Scope 60 Portable Telescope is a lightweight(3.3 pounds) 60mm refractor telescope and tripod kit that breaks down and stores in the included backpack.

It’s currently available to purchase directly from Celestron, and retails for $79.95.

Inside the box, you’ll find the travel backpack. This is a well-made, reasonably-sized backpack with both the Popular Science and Celestron logos embroidered at the top.

Here’s what comes inside of the box:

There’s also a quick setup guide included, which easily guides you through assembling and using the telescope and tripod.

The Popular Science by Celestron Travel Scope 60 comes with a free download of the basic edition of Celestron’s Starry Night software. Valued at $49.95, this software provides many resources to stargazers both new and experienced, including guides to the night sky, star calendars, information on space missions, and more.

The SkyPortal app, meanwhile, is an Android and Apple app that’s free for all. Some of the features, like using StarSense to auto-align your telescope, can’t be used with the Travel Scope 60. However, operating the app in compass mode will be very useful for quickly locating objects in the night sky.

For those of you familiar with what’s been going on in California lately, you’ll know that we’ve been dealing with some major wildfires. As a direct result, we’ve also been dealing with a lot of smoke, which has made viewing the stars and planets a little difficult. Add in the late summer fog in the Bay Area, and viewing conditions have been less than ideal.

Thankfully, the smoke and weather have relented somewhat, so I was able to get some decent viewing time with the Popular Science by Celestron Travel Scope 60.

The Popular Science by Celestron Travel Scope 60 is designed with portability in mind for both terrestrial and astronomical observation. So what better to do than strap the travel backpack on, and take a hike on one of the many trails here in the East Bay hills? The backpack was comfortable and very lightweight as I made my way through the Huckleberry Botanical Regional Preserve, until I found a good spot to set up about a mile in.

I started with the 20mm lens, as it would be easier to center objects in the scope with a lower magnification. For those new to using telescopes, the smaller the focal length of the lens, the higher the magnification.

There is a tower on the far hillside, that I decided to view through the telescope:

Clamping the smartphone adapter to the lens, I then proceeded to take this picture through the telescope:

And then, I swapped the 20mm lens with the 8mm:

The morning was starting to warm up, so it was difficult to focus well on the tower at the higher magnification thanks to the heat distortion.

I then turned the telescope towards some transmission towers, and repeated the process.

And the 8mm lens:

The Popular Science by Celestron Travel Scope 60 also comes with a 3x Barlow lens, which is placed between the diagonal and the eyepiece for additional magnification. However, with the weight of the iPhone 12 Pro, I was having difficulty taking any photographs using the smartphone mount, so I used the Barlow lens strictly for observation.

It is a bit more difficult observing the night sky, as it can be harder to determine a good frame of reference in the night sky. Here is a recent shot of the moon, using the moon filter included with the telescope:

Jupiter is large and bright in the sky, which made it relatively easy to locate and photograph.

It’s worth noting that the J.J. Abrams-style lens flare comes from the iPhone, not the telescope.  Just observing through the scope shows Jupiter as a large, bright circle. And here are some nearby stars:

Some sharp-eyed readers may have noticed that I didn’t take any pictures of Jupiter with the 8mm lens. I certainly did try, but it was an uphill battle that largely has to do with the weakest link of the package: the tripod.

I constantly found myself struggling with the tripod. The movement of the joints is not very smooth, and the mere action of locking off the vertical tilt would cause the view to shift downward. I often found that I had to overcompensate my angles, knowing that my field of view would change as I fixed the locking screws. Ideally, I would have gotten Jupiter centered in the 20mm lens, and then simply changed lenses to observe it at higher magnification. But as it was an uphill battle with the tripod to get Jupiter visible in the lens at all. Swapping lenses would require again moving the head of the tripod, which (especially at the higher magnification) would make refocusing on Jupiter exponentially more difficult.

Of course, it would be easy enough to move the Popular Science by Celestron Travel Scope 60 onto a more stable, fluid tripod. But that would defeat the purpose of the included tripod, which is to provide a compact and lightweight piece of hardware. As the name Travel Scope 60 implies, this is a telescope package designed around portability. And as its weight was almost unnoticeable on my back during my hike through the botanical preserve, it definitely succeeds at that.

But while the tripod is only serviceable, the rest of the package is quite good. The optics of the scope are solid, providing you with decent power for casual observation, both terrestrial and astronomical. Included are two different powered lenses, as well as a Barlow lens, providing you with plenty of viewing options. There’s even a moon filter for improved views of Earth’s satellite.

I appreciated that the Popular Science by Celestron Travel Scope 60 comes with a smartphone adapter. You’re not going to win any astrophotography awards shooting stellar object with your cell phone camera on the Travel Scope 60, but it is nice to have the option of photographing anything you’re observing through the telescope. The Bluetooth shutter remote is absolutely essential when used with the smartphone adapter, as it allows you to take photos without having to touch your phone or the telescope.

There’s a lot of value in the Popular Science by Celestron Travel Scope 60.  Besides a telescope and tripod, you’re getting three lenses, a filter, a smartphone adapter and remote, and a home astronomy software package, all for under $80. You’re not going to have the magnification and light-gathering of larger telescopes, but the tradeoff is in portability and affordability.

Celestron provided me with a unit for evaluation but had no input into this review. 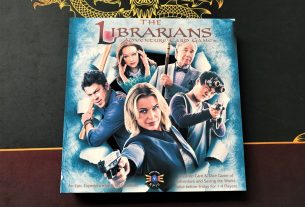