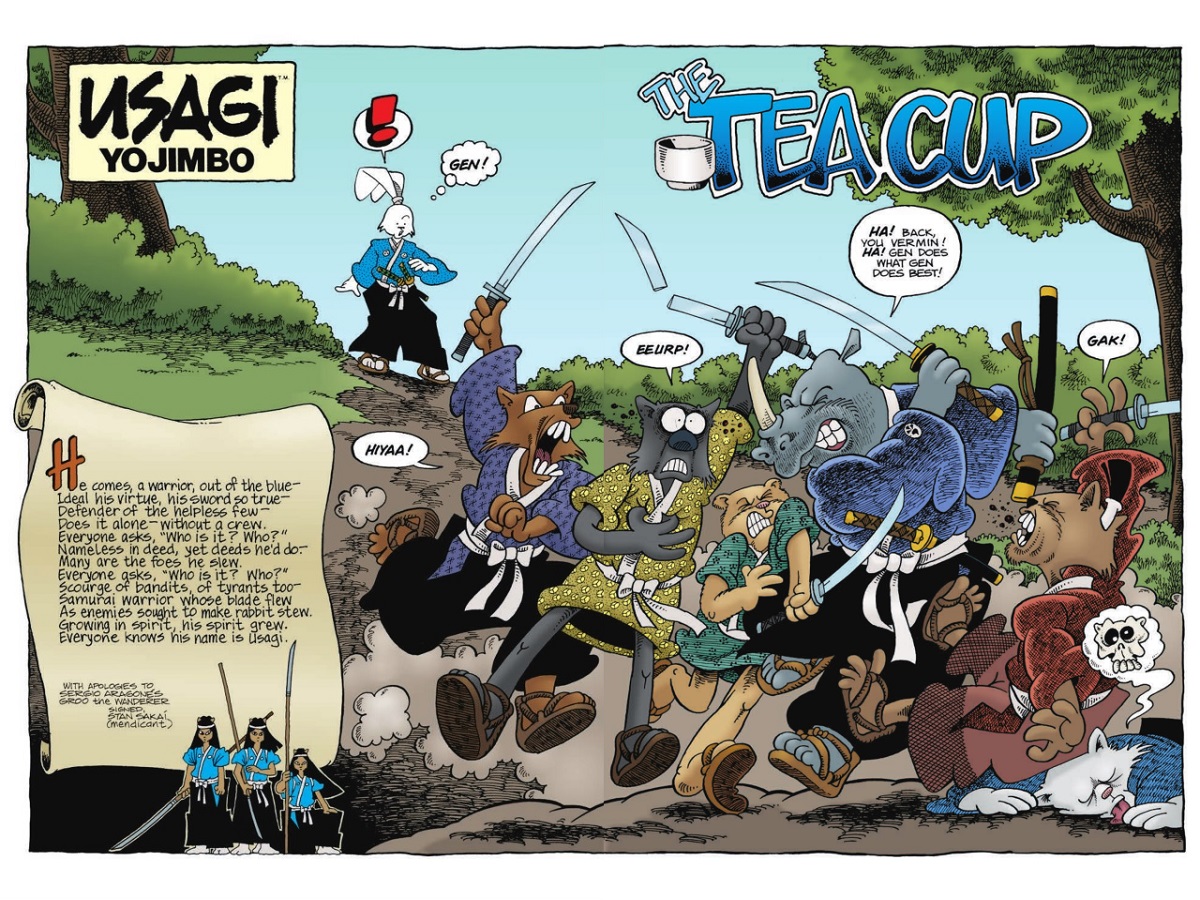 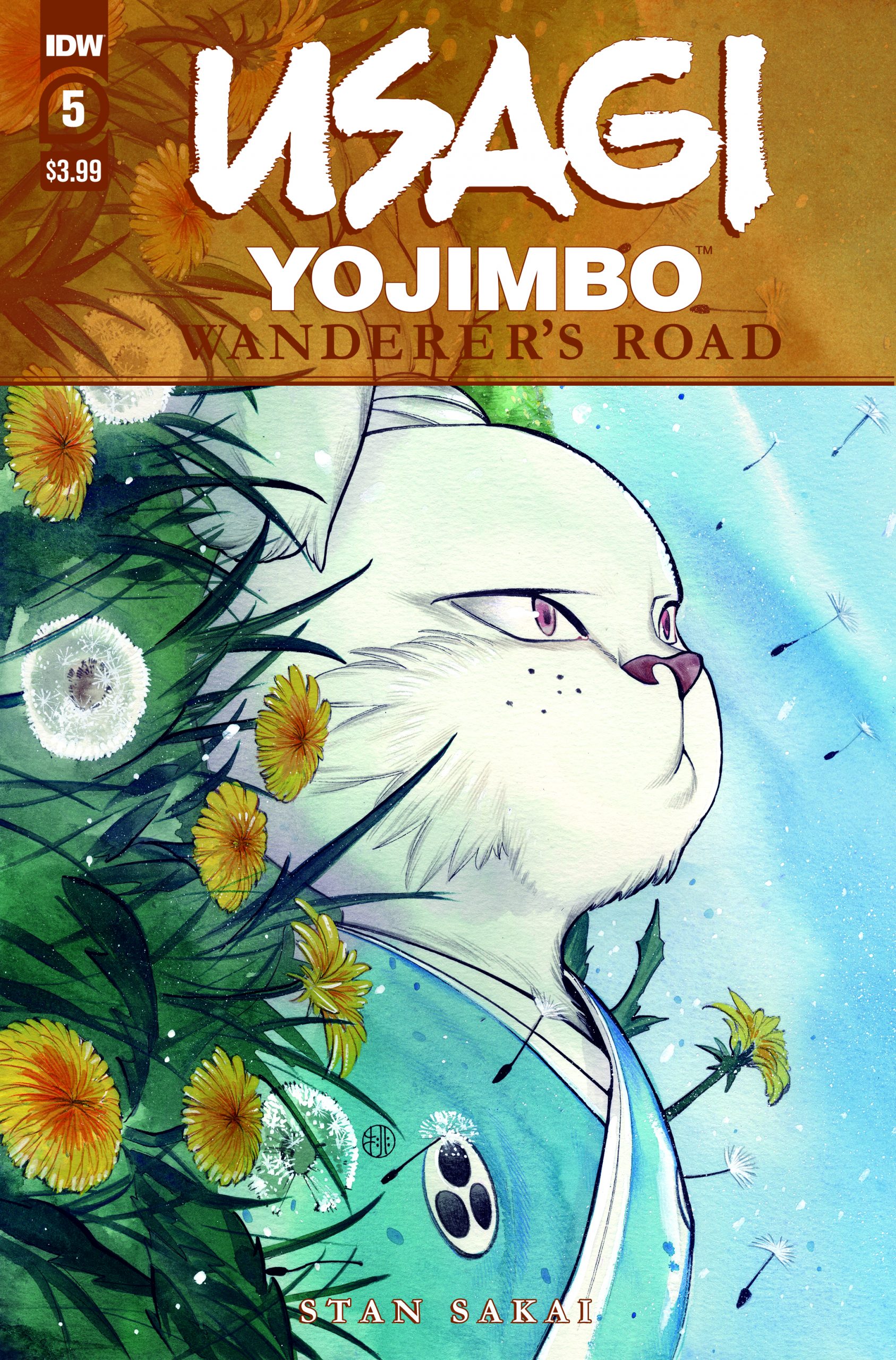 Usagi Yojimbo, Wanderer′s Road #5 is a short tale, stark in its simplicity: Gen, the rogue samurai who has befriended Usagi, must deliver a traditional tea cup for his new master, a tea cup associated with a very important ritual, the tea ceremony.

Since this tea cup is priceless, the reward is big. And since it was stolen, there will be hundreds of rogue warriors trying to retrieve it from Gen. Thus we open this tale with the scene of a slaughter, because the samurais could and would pierce rogues as if they were fish kebobs. You can even see Usagi enjoying the view! 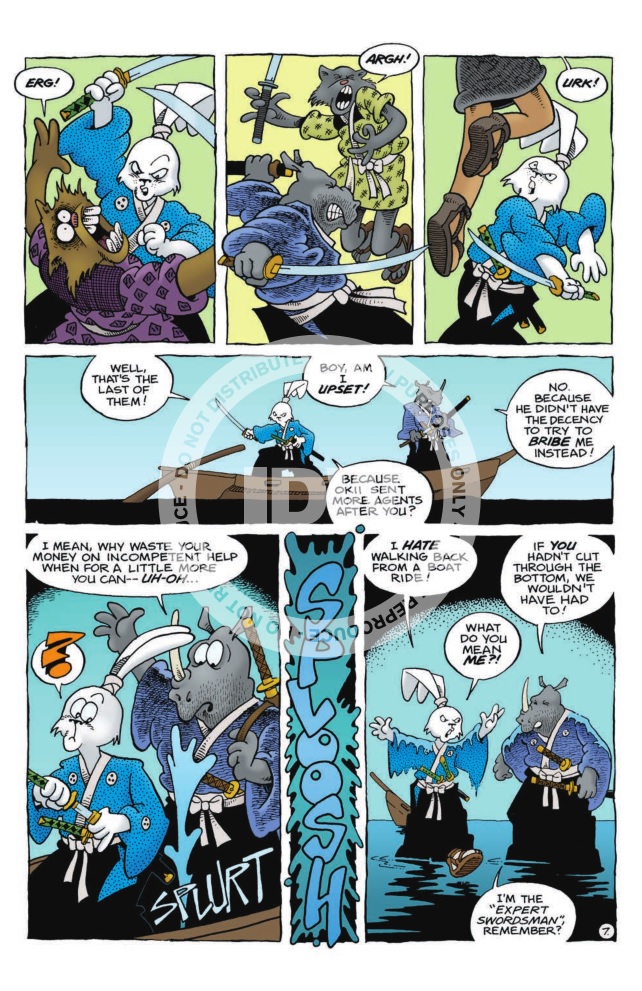 Besides the thieves, Usagi will befriend two starving orphans, and promise to accompany them until they have reached their destination, the house of their uncle. They fear that their uncle will not be able to take them in; poverty and famine were another staple of rural Japan on those times.

Gen is not very happy about the orphans; they remind him too much of an orphan he knows only too well, himself. But, behind his gruff exterior, Gen has a soft heart after all… 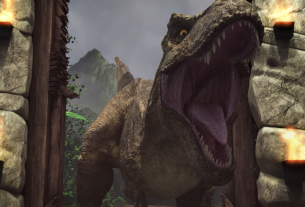 Time to Binge: Get Caught Up on ‘Jurassic World: Camp Cretaceous’ Before Season 3 Hits 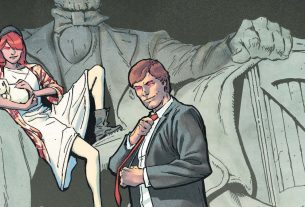