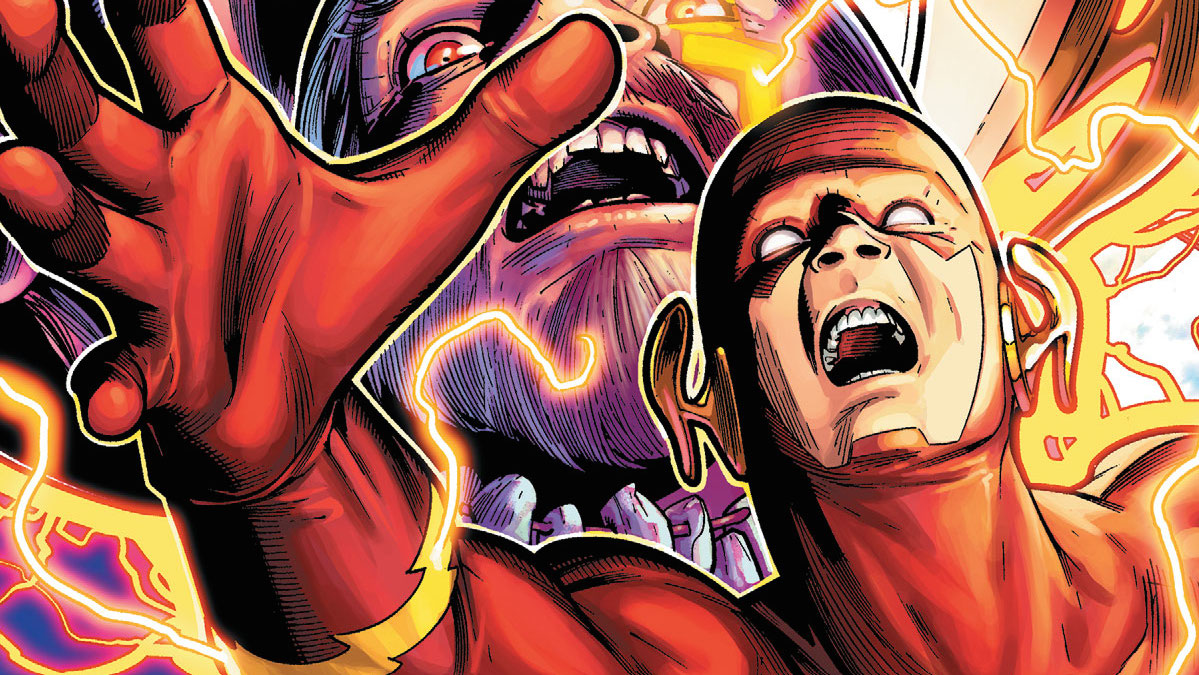 Ray: It’s not clear what the long-term plan for the Flash franchise is right now—DC has been rather coy with who the main Flash is even going to be between Barry Allen and Wally West—but this double-sized premiere issue does a good job of setting up the chaotic tone of Jeremy Adams’ run. Coming on the heels of Barry’s decision to join up with President Superman’s new team and hand the Flash mantle over to Wally, Wally has decided… to retire. Plagued with guilt and wanting to devote himself to his family, he’s decided not just to hang up the costume, but to be stripped of the Speed Force. His decision is helped along by a resentful Green Arrow, who makes clear that he doesn’t trust Wally and holds him responsible for Roy’s death.

The irony of Ollie only getting to say his piece on this after Roy has been resurrected is amusing, but there isn’t much time to dwell on it before Barry and Wally are off on a race. They plan to tap into the Speed Force and allow Barry to take it from Wally, but they’re soon disrupted by a mysterious cosmic event. Barry—and all other speedsters—are stripped of their powers, while Wally disappears and winds up falling through the portal into the Jurassic realm. Thankfully he still has his powers, but he spends most of the time running from assorted dinosaurs and trying to figure out the rules of this bizarre new world—including a hilarious segment where he accidentally gives a velociraptor super-speed.

With Wally zipping around to more than one timeline, Barry trying to save the Flash legacy, and the two of them finding a way to communicate, there’s a lot going on here. Not all of it works—Ollie is at his most abrasive in this issue and mostly serves as a spanner in the works, and the sooner the event that set all this in motion is in the rearview mirror, the better. I’m not sure how the return of a character from Future State will play into all this, but Adams has a very hard time following Williamson’s epic run. Based on this ambitious first issue, I’m not sure how Barry Allen fans will feel about it. I do think this run is destined to make Wally West fans the happiest they’ve been since 2016.