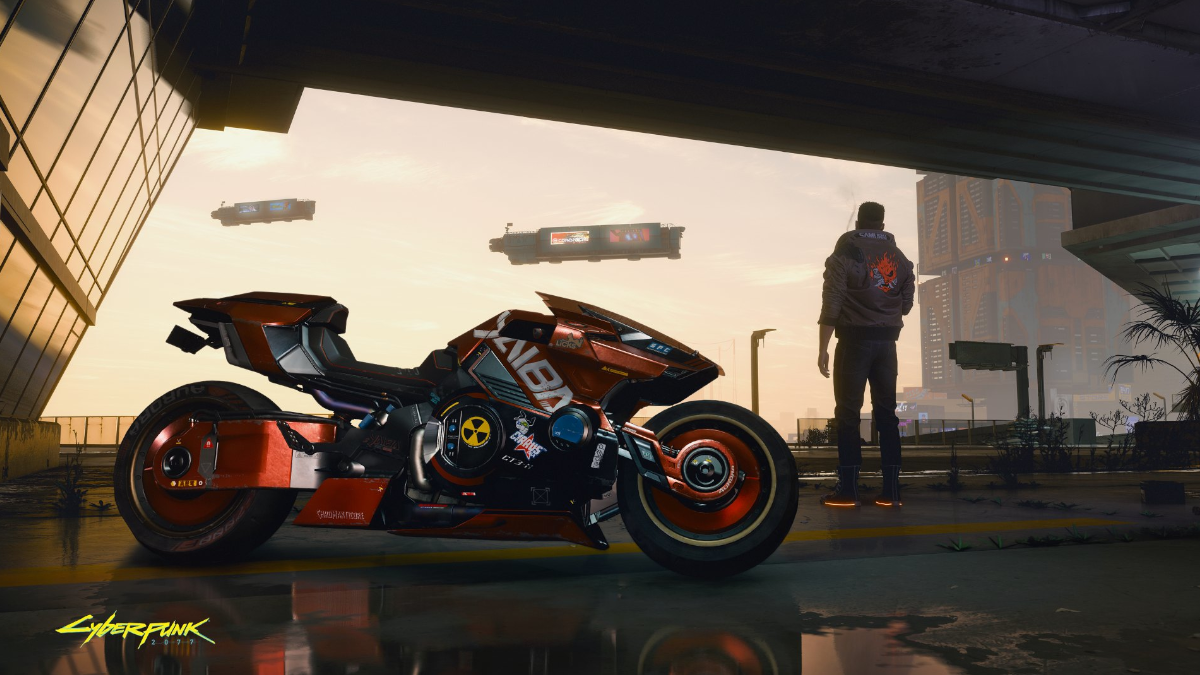 Cyberpunk 2077 is one of the most anticipated (and controversial) game releases of the year, but many players have been left out in the cold with their aging consoles and PCs. Here is a way to get around those issues and even play Cyberpunk 2077 on your phone!

Cyberpunk 2077 was a hotly anticipated game. Since 2012, when it was first announced, gamers salivated to see the translation of the legendary tabletop RPG Cyberpunk 2020 come to life in three dimensions from the studio that brought us the legendary Witcher series, CD Project Red. The anticipation hit a fever pitch when Keanu Reeves himself announced that he would play the character Johnny Silverhands in the game.

The game itself is a role-playing title set in the dystopian future of 2077. It is a wide-open sandbox that offers three different classes to play: Nomad, Street Kid, and Corpo. This alone makes Cyberpunk 2077 one of the most replayable and deep games made to date, giving the player distinct differences in the story from the outset.

Cyberpunk 2077 is an open-world, action-adventure story set in Night City, a megalopolis obsessed with power, glamour, and body modification. You play as V, a mercenary outlaw going after a one-of-a-kind implant that is the key to immortality. You can customize your character’s cyberware, skillset, and playstyle, and explore a vast city where the choices you make shape the story and the world around you.

After a long beta period that began in 2015, NVidia’s cloud gaming streaming service, GeForce Now, was officially released in February of 2020. Geforce Now offers users the ability to play games they already own from Steam, Epic Games, and GOG libraries on their computers, phones, tablets, and Nvidia Shield by rendering and processing the games on NVidia’s computers and sending them to the user via a powerful and stable internet connection. Think of it as having your own personal gaming server that you can connect to and play AAA games without the cost of having to buy an expensive computer or next-gen console. That in itself is an amazing thing, and when you add the fact that the service is free, it is almost unbelievable.

Now, before you get too excited, there are some caveats to the free version of the app. For one, the maximum resolution is 1080p at 60fps, so 2K and 4K are not yet available. Google’s Stadia platform does offer 2K and 4K, and you can learn more about it in our previous review. And to be totally transparent, you can also play Cyberpunk on the Stadia platform as well. The primary reason I chose Geforce Now is that I can own the game in my GOG library and can play it on my main gaming PC at home. There is also the fear that if Google ever abandons the Stadia platform, all the games you purchase will simply vanish.

Another issue with the free version of Geforce Now is that users are limited to one hour sessions in the servers at a time. If the servers are filled, non-paying users are also put into a queue behind the members.

Currently, Nvidia Geforce Now offers “Founding” memberships at $25 a month, which, to be honest, is a great value. Having head-of-the-line privileges for servers is not all you get for your $5 a month. Founding members also can have their games rendered in RTX to get the next-gen ray tracing experience beamed to their devices. When you consider the cost of purchasing a new video card with ray-tracing capabilities, this is an amazing offer. 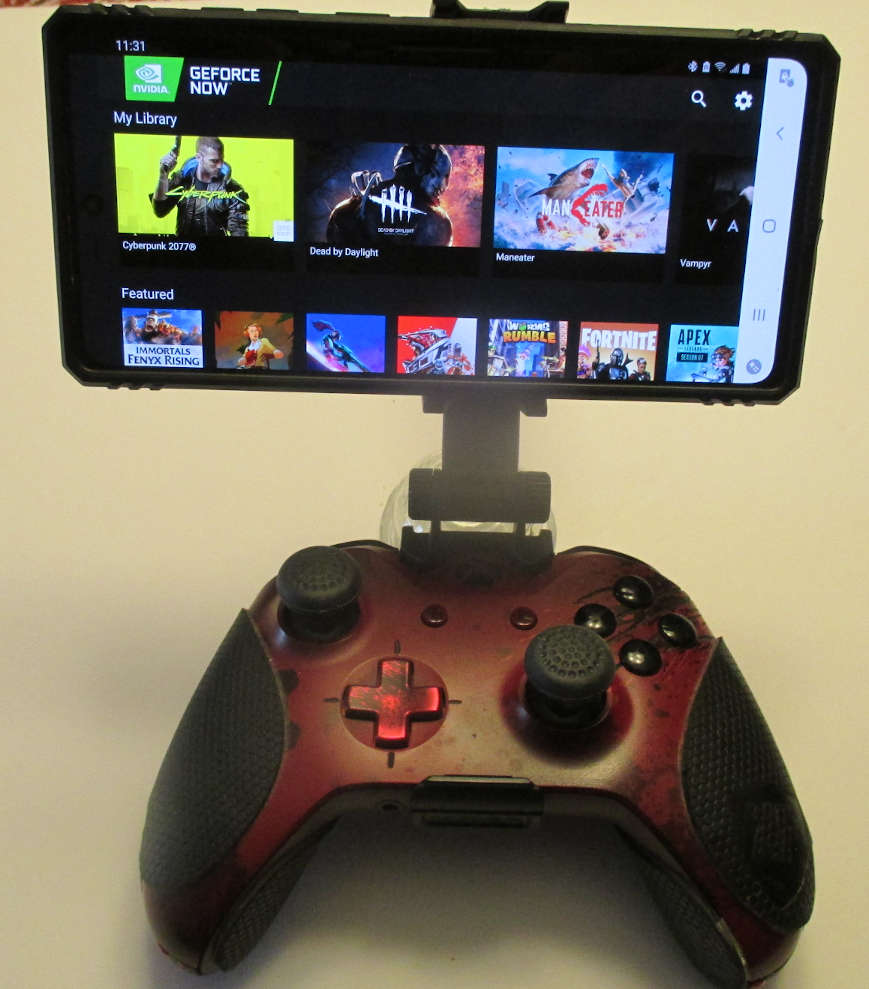 So it is time to have the rubber hit the road and test out this concept for myself. I will be using a Galaxy Note 20 cell phone with an XBOX ONE Gears of War controller and a Power A Moga mount I purchased from Amazon for $9.99. Another good thing about Geforce Now is that it will use any controller that works with your devices. I found this setup to be extremely comfortable and easy to set up with Android. XBOX controllers have always been my preferred choice for any type of gaming. If you are a Playstation fan, they sell a variation of the same mount to work for your controller. This setup works great for hanging out on the couch, in bed, or in the car.

I had to add my game to the Geforce Now library through my GOG account, which took a short time to do but was fairly painless. I had my Galaxy Note 20 connected to my home Wi-Fi, which is only a 200mbs system with 5mbs upload speed—nothing fancy or expensive. I was able to connect to the Geforce Now servers instantly, and the game took a little over a minute to get to the menu screen. Another huge advantage of Geforce Now is that you do not have to install it locally and waste an hour downloading a 100gb+ patch. Nvidia does all the downloading and updating on their end, which is fabulous.

Once I began playing I had to make some adjustments to my settings to get a stable 60fps, but I was able to achieve that and keep RTX without losing a lot of visual flair. I decided next to take the show on the road, and since I had to bring my fiance to a doctor’s appointment, I can think of no better way of killing time waiting in my car than with some hardcore gaming.

Like I said previously, I am using a Galaxy Note 20 which is on the T-Mobile Network using 5g. I did occasionally have some lag and drops, but nothing terminal, so overall it was a very enjoyable session and kind of shocking when you consider I was playing a next-generation game in my car in the parking lot of a medical clinic. I may not be as good as using an RTX 3080, but it still looks fabulous and is very playable.

Lastly, I wanted to connect my phone to my 30″ monitor I keep on the nightstand for watching TV in bed. I purchased a USB-C to HDMI adapter (also from Amazon) for $10.99. All of the components worked marvelously—from the phone to the adapter to Geforce Now and the controller. I even threw on a pair of Bluetooth earbuds so that I would not disturb anyone else, and it was a fun and rewarding bedside experience that I may be revisiting quite a lot during this holiday season.

Cyberpunk 2077 not only works in the cloud, but it may also be the best way to currently play the game if you cannot find a next-gen console or afford a brand new gaming experience. This may be your introduction to cloud gaming and specifically GeForce Now, and I think you may be very pleasantly surprised with the outcome!

The opinions expressed in this article are the writers alone and not that of CD Project Red, NVidia, or the editorial staff. 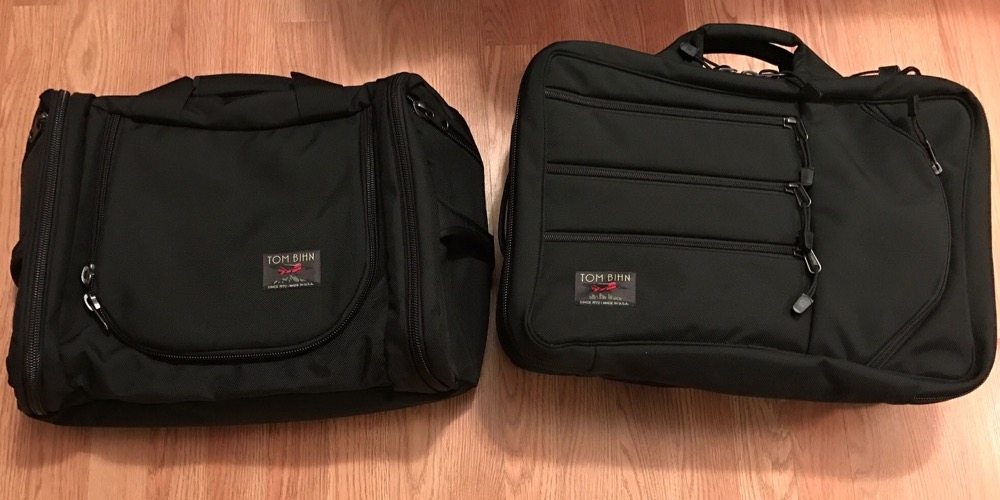 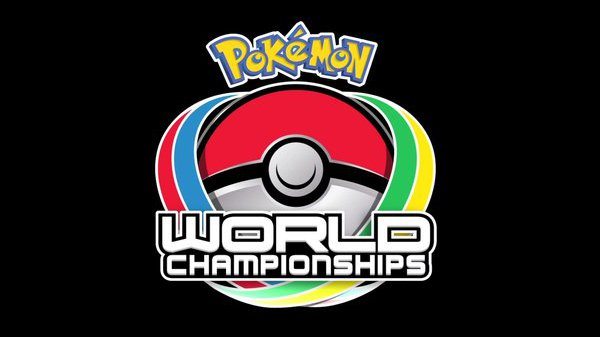