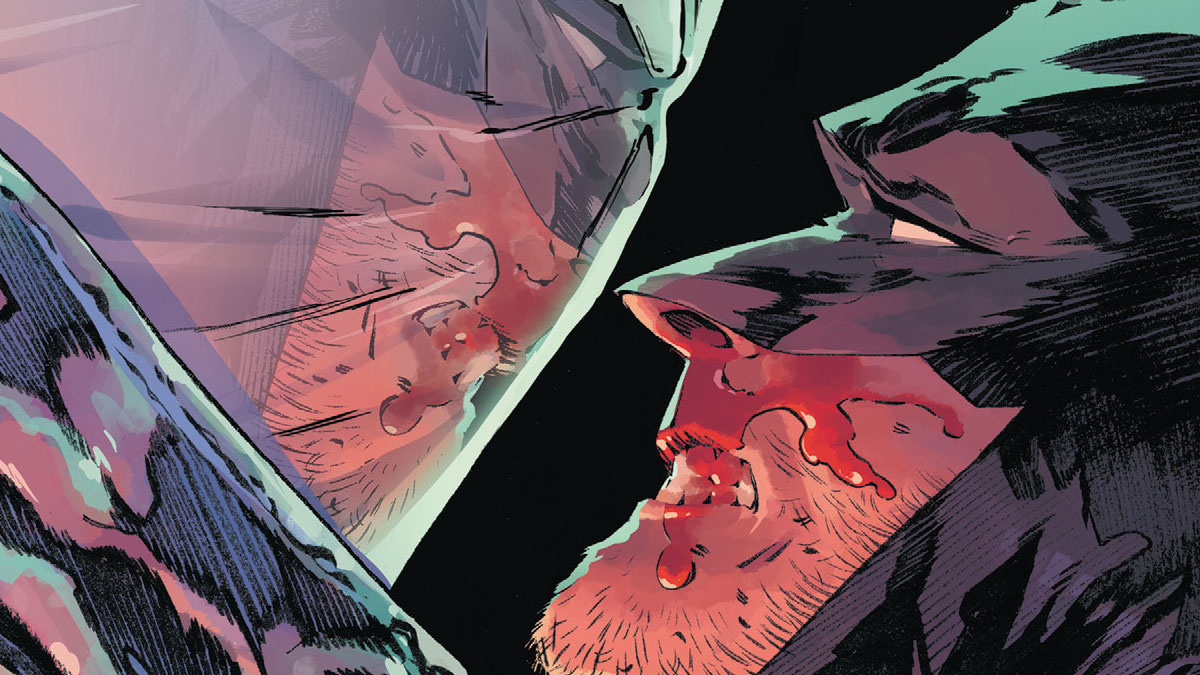 Ray: This title has been on the upswing for months now, and the arrival of Bilquis Evely takes the quality to another level. Her surreal art is strong right at the start with a segment focusing on Christopher Nanako, as he’s haunted by the memory of his dead partner and visited by a horrific twisted version of Batman in his dreams. This book seems to be assuring us that he’s not a villain—he’s shown to be genuinely caring towards his pregnant wife and to be consumed with guilt over his partner. But he may be something even worse—a zealot whose passion for doing what he believes is right could open the city to toxic influences. As his anti-vigilante crusade continues, Nanako’s influence has bled out into the streets, leading to attacks by rogue citizens on the Bats as they try to protect people. And that’s something we’ve never seen before in Bat-books—a city abruptly turning on its heroes even when it works against their best interests.

Batman, of course, is more than a little distracted by a very personal problem—Damian going rogue and stealing the valuable Black Casebook as a message to his father. I’ve been highly critical of how Damian was written in other titles, but this issue does a nicely nuanced take on his thorny relationship with Bruce. Damian very clearly still does care about his father and vice versa, and his mission with the Casebook is to solve some of the crimes he never did—including ones involving Bruce and Alfred. This looks like it’s going to be a fascinating look at an era of Bruce’s life that isn’t explored all that often. Meanwhile, an ambush on the Bats organized by the evil Mirror—could this be Nanako’s presumed-dead partner under the mask?—is done with some excellent tension, even if the threat once revealed is a bit underwhelming. There are a lot of plots in this issue, but they all come together into a very compelling whole.