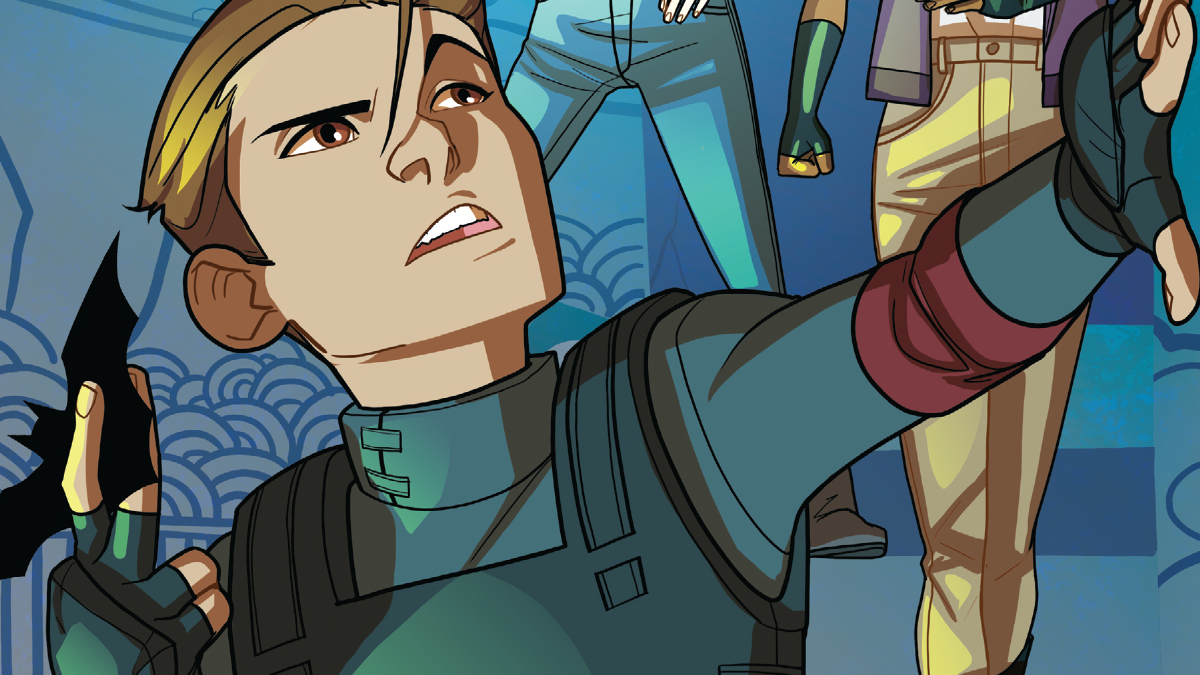 Ray: The first series to launch out of DC’s new line of all-ages graphic novels is also the first to conclude, as Ridley Pearson and Ile Gonzales have managed to get three graphic novels starring the team of Jon Kent and Damian Wayne out in under two years. An impressive feat, but this series is still haunted by many of the flaws that held it back in its first two installments—namely, a lack of connection to the Super-Sons we know and love, and a world that takes a little too much setting-up—plus the odd benching of several key DC characters close to the leads. When we last left off, Lois Lane was in a coma from a mysterious virus—in a plot that hasn’t aged very well—and the boys were on the trail of the source of the bioweapon.

The culprit may be the Governor General of Coleumbria, the mysterious America-like nation they live in. This series has taken the concept of fictional cities like Metropolis and Gotham one step further and replaced all existing nations with new ones, like Coleumbria and the African paradise of Landis. Damian and Jon (with Damian still called “Ian”) and their friend Tilly aka Puppet-Girl spend a lot of time running around warehouses looking for clues and fighting generic foes before they get an ally and the clue they need to take the next step of their journey—flying across the ocean to Landis to find the warehouse holding the virus they need to make the antidote. It’s a fast-paced read but somehow still feels drawn-out.

More entertaining are the segments taking place in Landis, as their ally Candace discovers that she’s the heir to the kingdom and has to undergo trials to prove herself and gain the chance to wrest the kingdom from the evil usurper. Think “Black Panther” meets “The Princess Diaries” for the tone, but it’s a surprisingly good mix that kids will enjoy. Her allies, including a deadly archer and a blind warrior, are probably my favorite characters in the book, and they continue to deliver the best scenes even once Superboy and “Batkid” re-enter the picture. But there is a lot of setup and exposition here too, and that means when the plot gets going for the final showdown, it feels more than a little rushed with two-thirds of the book already gone.

The addition of a major character from “Ian”’s past comes at the last second, and they’re villainized again which is a disappointing twist compared to the nuanced take that Peter Tomasi had while working with the characters. Damian does start feeling a little more like himself by the end of the issue, and all major plot threads are resolved, but it feels like the globe-trotting theme and the focus on new characters like Candace and Tilly kept this from ever feeling like a True Super-Sons story. The sidelining of Lois and the replacement of characters like Alfred with originals don’t make this a good transition into the DC comics stories waiting for young fans, so while it’s a passable story, I’d instead recommend all-ages classics like Superman Smashes the Klan and Batman: Overdrive as starter books from this line.