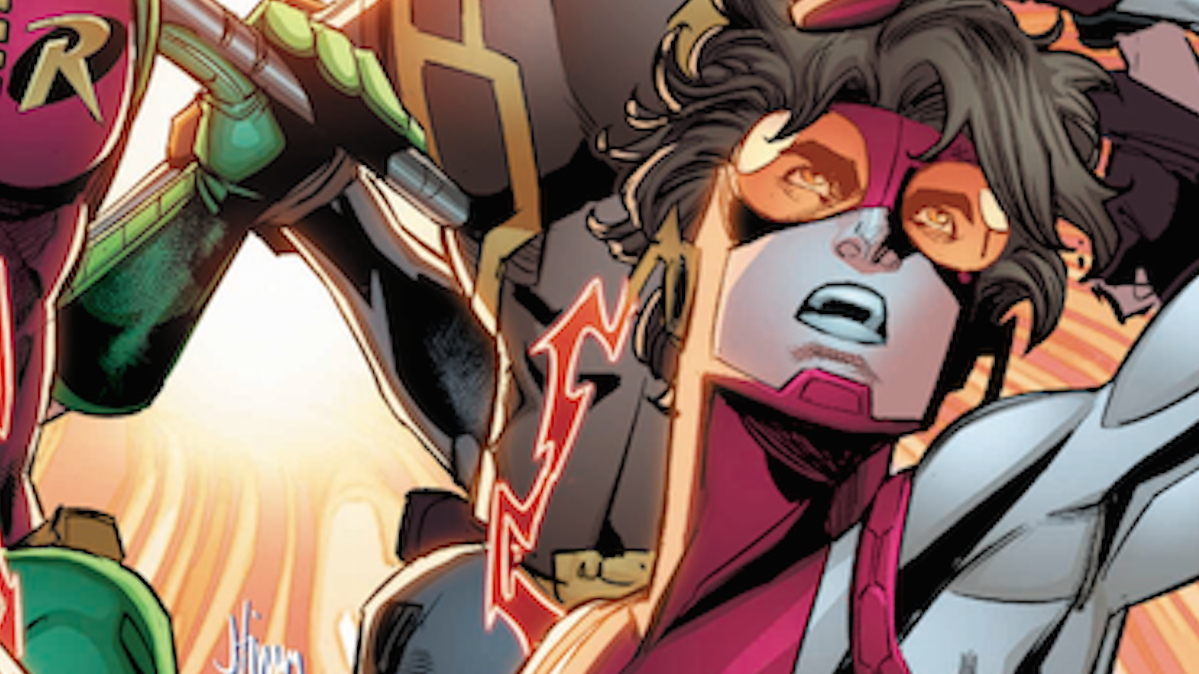 Ray: How good can an issue be where nothing happens? Under Bendis and Walker, the answer is—pretty good. This story takes place immediately following the big battle in Metropolis in Action Comics where Young Justice showed up to assist the Justice League against Apex Lex. That makes it a bit of a relic, since a LOT has happened in the DCU since then. But this issue focuses on the reunion between the League and the younger team in the aftermath, allowing a lot of characters the chance for one-on-one meetings with their mentors. We finally get to see Diana and Cassie talk, primarily about the complex relationship they have with Zeus. Ginny trying to hit on Diana was hilarious as well, and Diana was properly oblivious. Bart and Barry had a really nice conversation about one of the perils of being a speedster, while Clark and Kon had their main scenes in other titles. The Bat-conversation was mostly silent, but body language speaks volumes.

The other part of this issue is seen through the eyes of a random new character, a teenage girl named Yolanda who was brought to the site by her father to help him do relief work in the aftermath of the attack. I thought she might be a rebooted Yolanda Montez (given the character’s newfound popularity thanks to the Stargirl TV show) but it seems like she’s an original who gets a position as an intern with the JLA at the end. Seeing the heroic community through human eyes is an interesting twist, although I’m not sure the two parts of the issue really meshed perfectly. This was one of the few issues that didn’t focus on one member of the team, but that’ll change next issue as Tim and Steph take the lead. Pacing-wise, there’s still a few kinks to work out, but this is easily the best book starring DC’s teen heroes we’ve gotten in years. Bring in some of the Outsiders crew when that series ends, please.