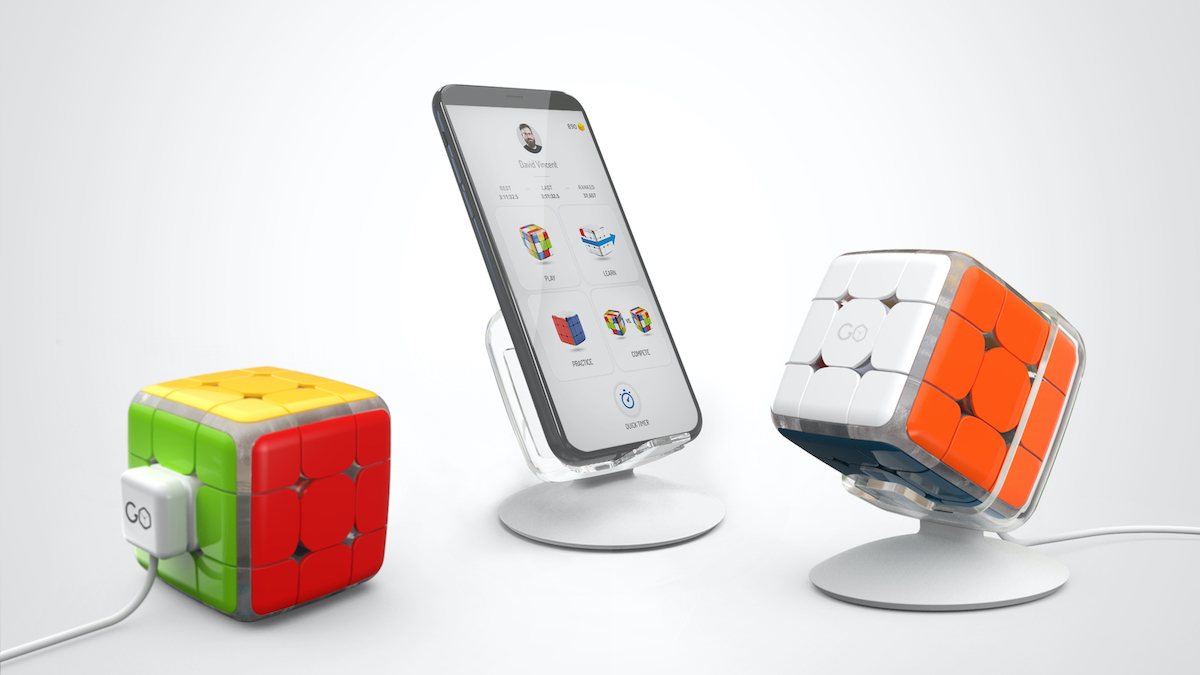 The GoCube will look familiar. A cube where each face can be turned and the goal is to scramble it up and rotate your way back to the solution: Each face showing just one color.

But while the idea behind it and even the color scheme are replicas of the famous Rubik’s Cube, my creaky old version of that 80s icon has nothing on this more modern rendition.

For one thing, the faces on a GoCube turn with silent, gliding ease. It’s a true treat to turn its faces, especially compared to my noisy Rubik’s Cube.

For another, the GoCube has Bluetooth. And you can sync it up to an app on the mobile device of your choice. This allows for what still feels a bit like magic even when I can speculate how it’s done — you turn a face on your GoCube, and the virtual version on your screen turns its face as well.

My 7.5-year-old daughter and I were both excited to try it out. If I ever knew how to solve a Rubik’s Cube, it’s been decades. And my daughter has been fidgeting with my old one a lot lately. So it was perfect timing for our family when GoCube offered one for review.

Once you’ve opened it up — mine had a good chunk of charge on it out of the box — the app on the phone walks you through syncing your device to the cube and then drops you into the Academy screen where you’ll learn, step by step, how to actually solve a puzzle that has vexed countless numbers of people.

My daughter watched attentively, cube in hand, as the app first introduced the notation it would use. If she made a mistake, the app would show her. Then it taught her the right-hand rule that is pivotal to the particular algorithm it teaches you, common for beginners, where you build up the solved cube layer by layer. Within a few minutes of sitting down with the app, she looked at the whole white face in amazement. “I’ve never been able to get a single face by myself before.” A bit more that morning, and a bit more the next day, and she had followed the instructions to produce a fully solved cube, looking at me in amazement as it flashed lights at her in congratulations. Because the GoCube and the app can talk to each other, any mistake would cause a notice on the app. If she got too far astray while solving, the app would walk her through the turns needed to get the physical cube back where it needed to be.

If you have to revisit a step in the sequence, either because you’ve scrambled your GoCube again or you want to transfer knowledge to a Rubik’s Cube, you can go back into the Academy and relook at individual steps, though the images were a bit squished on my phone — it was hard to see which direction arrows were facing, for instance. My daughter was content to solve the cube once; I took the time to go through their academy repeatedly until I had memorized the various algorithm steps and can reliably get a scrambled cube back to its solved state. But if you’ve got a fully scrambled GoCube, you can tell the app what it looks like and it will get you the shortest solution.

While the layer-by-layer algorithm will solve a cube, you won’t set any speed records with it. But the GoCube app offers a range of exercises and daily challenges that will give you a deeper appreciation for the mathematics underlying the puzzle that will help you find faster paths to solving. From turning your cube like a 3d maze to solving to particular patterns or pictures, you’ll find a lot of replay value long after you can reliably get all the colors in place. Even when they teach you the right-hand-move sequence, they give you a tip for doing it faster, helped along by the GoCube’s turning motion.

If you or your kids want to become masters of this particular puzzle, the GoCube will get you there and beyond. 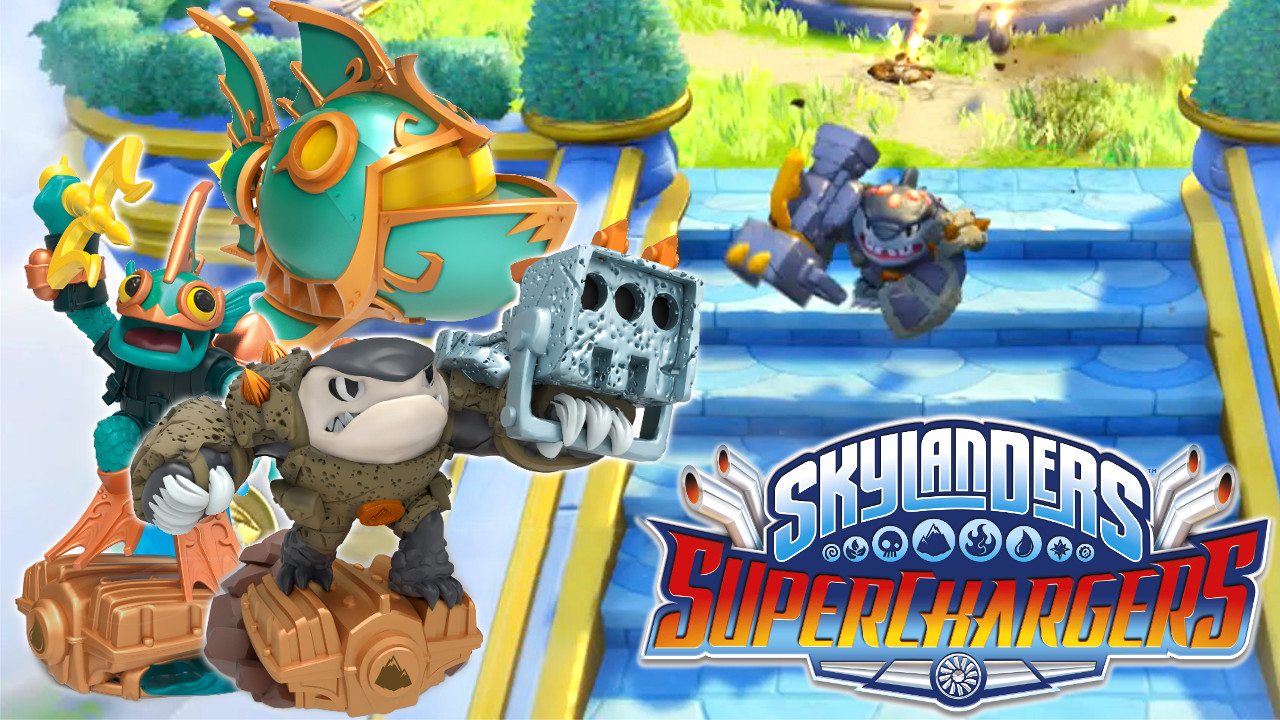 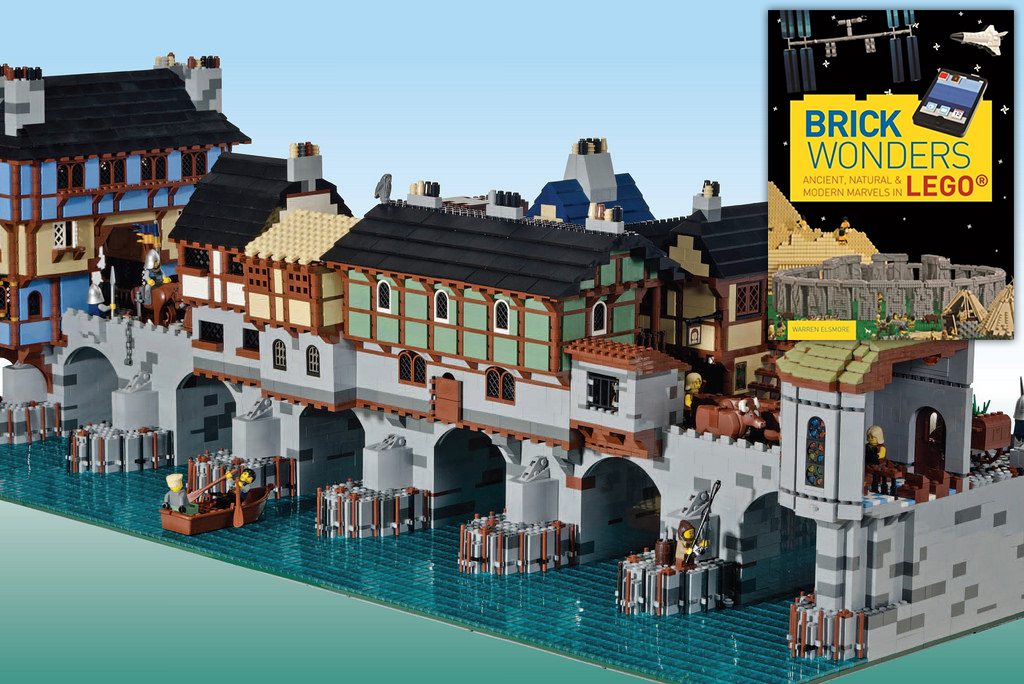 Warren Elsmore Is Back With More Brick Wonders