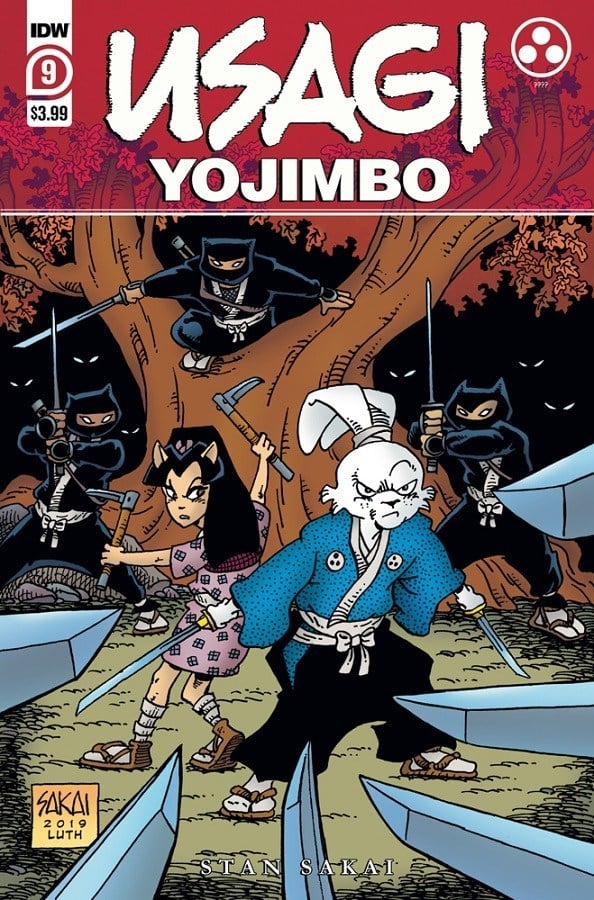 Usagi Yojimbo #9 picks up where it let of: as Lord Gifu anxiously awaits for the new tatamis that will gain him favors with the Shogun; Usagi has volunteered to defend them on their way to the palace.

A betrayed ninja warrior, a woman by the name of Chizu, will also stand by his side in order to gain access to the new leader of the Neko ninja clan: Kasemaki.

As any trained military facing ninjas, the convoy that is in charge of protecting the tatamis will set camp on an open field, somewhere without trees or anything obscuring their sight, and they will set a rotating watch to prevent attacks.

However, this will take a toll on the guards, who as a result will be most vulnerable at dawn, and the ninja attack will not go as expected.

Chizu will not succeed on defeating Kasemaki, and as she leaves him after a glorious ninja battle, she will warn him. There is no point in misplacing his trust on the new Lords, betrayers all of them.

A new enemy then will be presented, a fearful Lord by the name of Hikiji, a serpent lord, fond of Habu Sake, a venomous type of rice wine …

As for Usagi, he will have to respect the wish of the guards in charge, to honor their masters defeat by performing the sepukku ritual, as dictaded by the honor laws. Something to do with Giri, the Japanese high sense of duty. 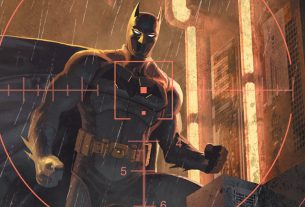 Review – Future State: The Next Batman #1 – Gotham Rises Up