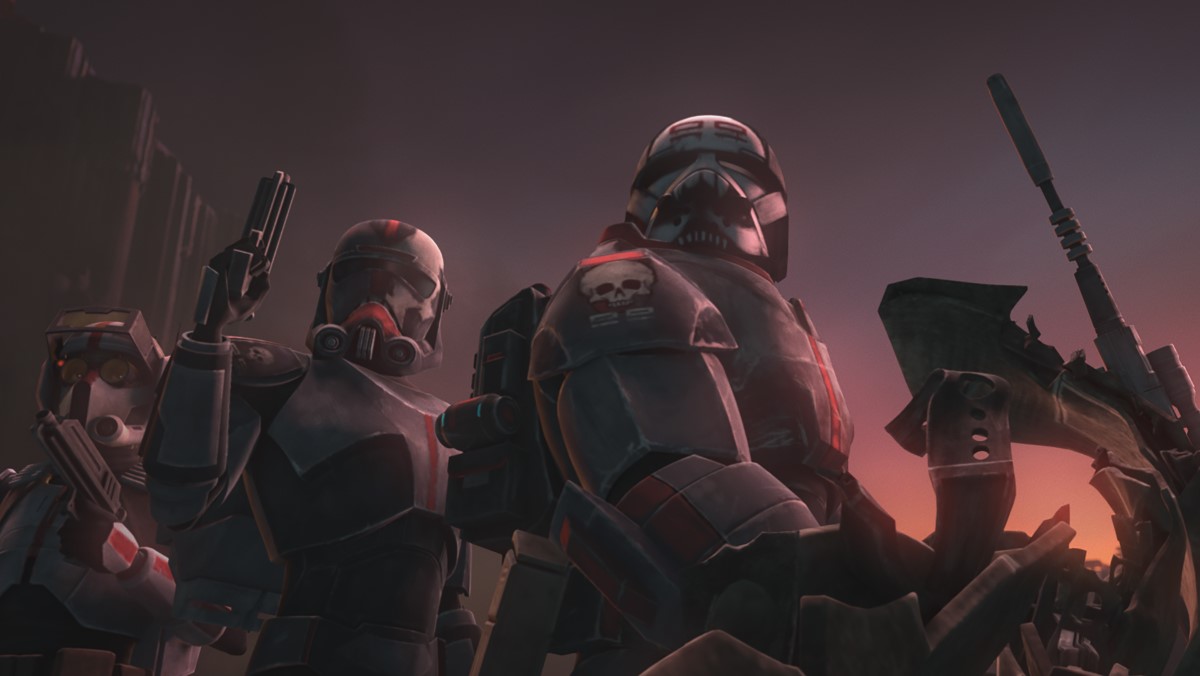 It’s like The Clone Wars never ended.That’s likely to be your first impression when watching “The Bad Batch,” the first episode of the seventh and final season of Star Wars: The Clone Wars. Available today to watch on Disney+, with following episodes releasing weekly each Friday thereafter, the series picks up with war raging across the galaxy between the beleaguered Galactic Republic, represented by legions of clone troopers and Jedi generals, and the sinister Separatist Alliance, led in secret by Republic Chancellor Palpatine, aka cloaked Sith Lord Darth Sidious. The action takes place between Star Wars: Episode II — Attack of the Clones, when the war broke out, and Episode III — Revenge of the Sith, when the conflict’s end led to the dissolution of the Republic and the formation of Palpatine’s Empire.

When The Clone Wars series last ended, with a truncated sixth season released on Netflix in 2014 known as “The Lost Missions,” the Jedi came close to throwing off the shroud of the dark side and discovering Sidious’ complex plans, including Clone Protocol 66, which instantly shifts the army’s loyalties and turns them against the Jedi when Palpatine gives the order in Revenge of the Sith.

According to trailers, Season 7 will further close the gap in between Episode II and III, bringing to the screen the fabled Siege of Mandalore and a showdown between Anakin Skywalker’s former padawan Ahsoka Tano and the resurgent Maul, the Sith Lord apparently slain in Episode I: The Phantom Menace before clawing his way back to power as an underworld mastermind in The Clone Wars and Solo: A Star Wars Story.

These events will take us right to the precipice of Order 66, or possibly even beyond… But first, “The Bad Batch” arrives to help Anakin’s loyal clone second-in-command, Captain Rex, track down the elusive omens of unfinished business. The Separatists’ droid armies are outfoxing the clones at every turn, and Rex (the versatile Dee Bradley Baker) suspects at first that his famous tactics have been compromised but quickly discovers that something more sinister has been going on. What this leads to is a deeper look at Separatist leader Count Dooku’s diverse and alien Confederacy of Independent Systems and the evil war machines at their disposal.

Clone Force 99, self-dubbed the Bad Batch, are clones bearing “desirable mutations” that make them stand out from the rest, in both appearance and abilities. The unit’s numerical designation honors the late 99, a disfigured clone who worked in maintenance but was honored as a fellow soldier after giving his life for his brothers earlier in the series.

The unconventional and irreverent team brings a new perspective to the exploration of Jango Fett’s infamous clones, whom the series has always aimed from its very first episode to portray as individuals beneath their monotonous masks with distinct personalities and worth beyond warfare. With these irregular clones, the differences are anything but subtle.

“The Bad Batch” continues the series’ consistent delivery of high-quality, sci-fi action storytelling interwoven with solid character development. By the next episode, “A Distant Echo,” we get dashes of more classic Star Wars elements: creature-driven fun, exotic locations, and alien cultures, as well as a dose of Anakin Skywalker ego and intrigue as the impetuous young Jedi (Matt Lanter, as strong in the Force of his voice role as ever) finds himself playing Rex’s steadfast wingman role to the troubled clone captain himself. The two men learn how the trust of their bond goes both ways; another Clone Wars hallmark is teaching important life lessons with a light hand, and that legacy continues here.

All of this is unfolding, of course, amid the secret Skywalker marriage and the looming tragedy that it will bring. It’s easy to feel like we know everything about this period of Star Wars history already, but there’s room for a few surprises still without feeling cheated. Advice, and understanding, come from some surprising sources.

If you need to catch up or just refresh your Clone Wars intelligence, all preceding installments, including the feature-length Clone Wars film that started it all, are available to view on Disney+ now. In particular, you might want to consider revisiting the Season 3 episodes “The Citadel,” “Counterattack,” and “Citadel Rescue.” 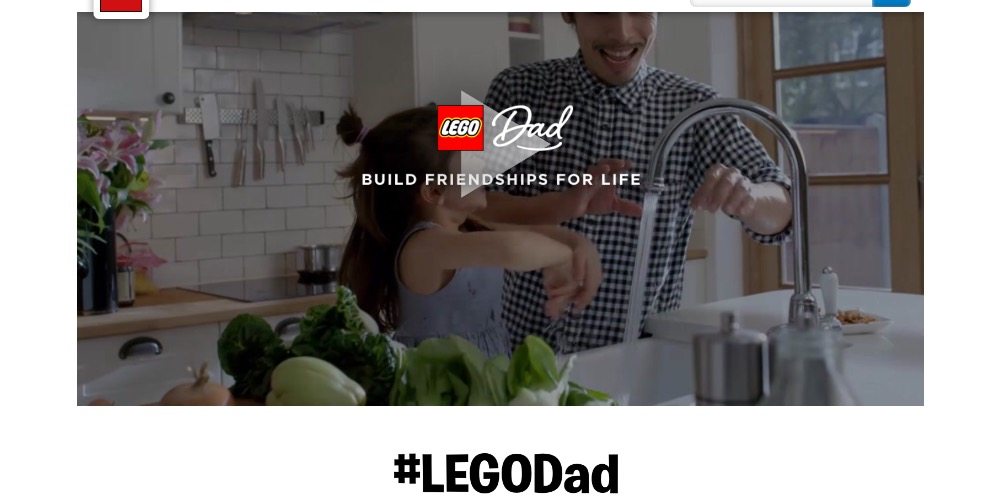 Here We Are Again, LEGO. Why? 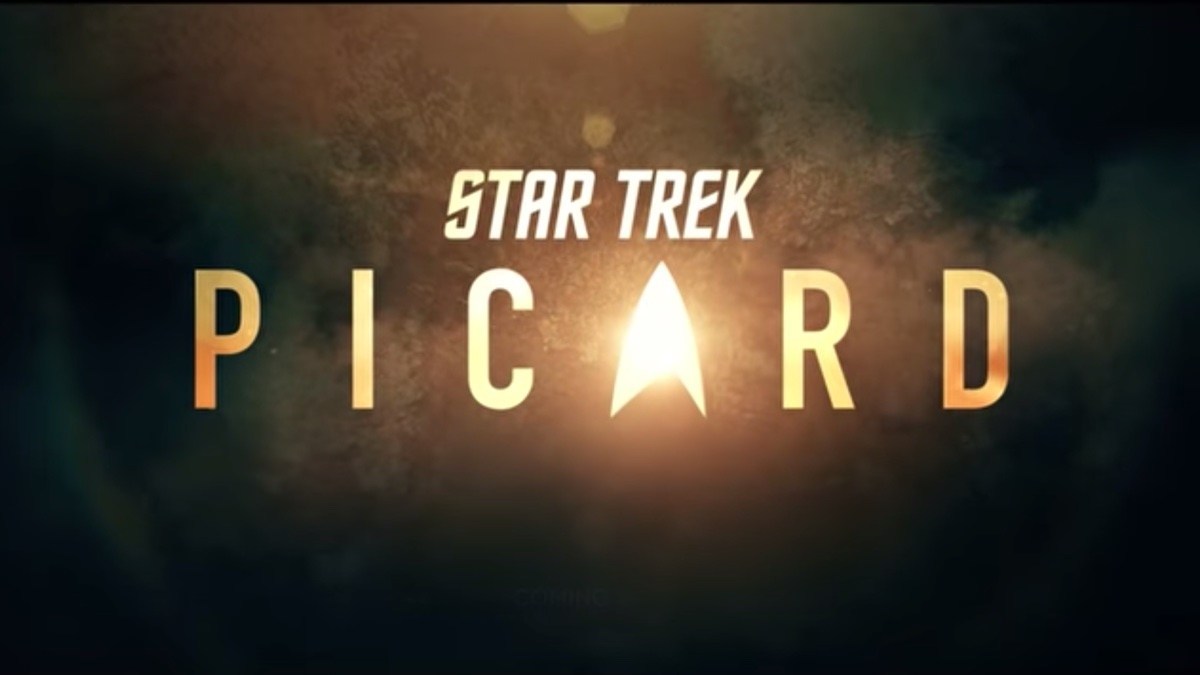