Ray: Geoff Johns continues to expand the mythology of the Shazam universe in Shazam #11, coming off a massive cliffhanger. The return of the Wizard Shazam seemed to be a win for the heroes – until he suddenly began treating Billy like his underling, making harsh decisions independently about the villains, and eventually betrayed the team by seemingly killing Billy’s father to reclaim his powers.

Well, CC Batson isn’t quite dead, and Billy wakes up long enough to tackle the Wizard and kick off a massive fight that’s soon joined by the rest of the Shazamily. Scott Kolins seems to have taken over as full-time artist on this book, and his art style is always kinetic and colorful. As the battle continues, it becomes clear that this isn’t a standard betrayal – the wizard believes something terrible is coming, and he’s acting out of fear to take the power back and put it in the hands of someone more capable.

As the big, epic fight scene continues, much of the action takes place down in the underworld, as Sivana and Mr. Mind continue to try to unlock the ancient monsters that ruled each land and unleash them on Earth. Then there’s the dangling plot thread of Superboy Prime, still lurking in the background and demanding to be released.

With all the threats contained in the seven lands, it’s not surprising the Wizard is panicking and trying to reclaim the power, but the heroes are eventually able to overcome him – and that turns out to be a deadly mistake in the last few pages of Shazam #11, as a shocking betrayal is revealed, some new enemies enter the fray, and an even bigger storyline kicks off next issue.

As Shazam heads into its second year, it’s maybe a bit overstuffed and jumbled at points, but it’s clear that this is the closest we’ve gotten to a vintage Geoff Johns superhero book in a while. I just wish we were getting more of the kids out of combat. 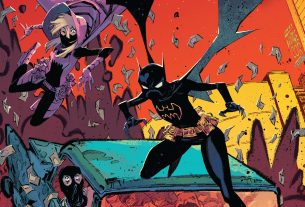