Ray: While this series is currently busy tying into the Batman Who Laughs’ takeover of the DCU, Robert Venditti hasn’t let that stop him from continuing to explore Hawkman’s interplanetary past in Hawkman #20. Having the infection bring out his Earth-3 alter ego Sky Tyrant was a good start, and Venditti has come up with a strong explanation for his motivation.

While every other Hawkman is trying to clean Ktar’s ledger to end the cycle of reincarnations, Sky Tyrant wants to live forever and intends to kill as many as he has to to make sure Carter can never redeem himself. The opening segment of Hawkman #20 takes place on Rann, as one of Hawkman’s reincarnations wraps up in bloody fashion as he chooses to sacrifice himself to protect the mysterious Black Journal. In the present day, Carter is stuck riding shotgun to the Sky Tyrant, as the Batman Who Laughs taunts him. With no way to escape, he’s heading to space in search of the journal.

The visuals in this issue, now by Fernando Pasarin replacing Pat Oliffe, are among the best since Bryan Hitch left the series. When they land on a distant planet, they discover a massive temple dedicated to one of Carter’s ancient lives – complete with an equally giant guardian. Two of Carter’s closest allies, Atom and Hawkwoman, are hot on their tale, and Pasarin’s depictions of the Microverse are compelling and a great way to set apart the Atom segments, with another surprise guest-star at the end.

This series has done a good job of capturing the Kirby-esque spirit of comic book creativity that sets the character apart, and it’s easily the most compelling take on Hawkman’s infinite lives since the Johns era. I’m not sure how long the Sky Tyrant story is going on, but aside from the Batman Who Laughs guest-starring, it doesn’t even feel particularly separate from the main narrative. It’s just another wild twist as Carter travels though his past lives. 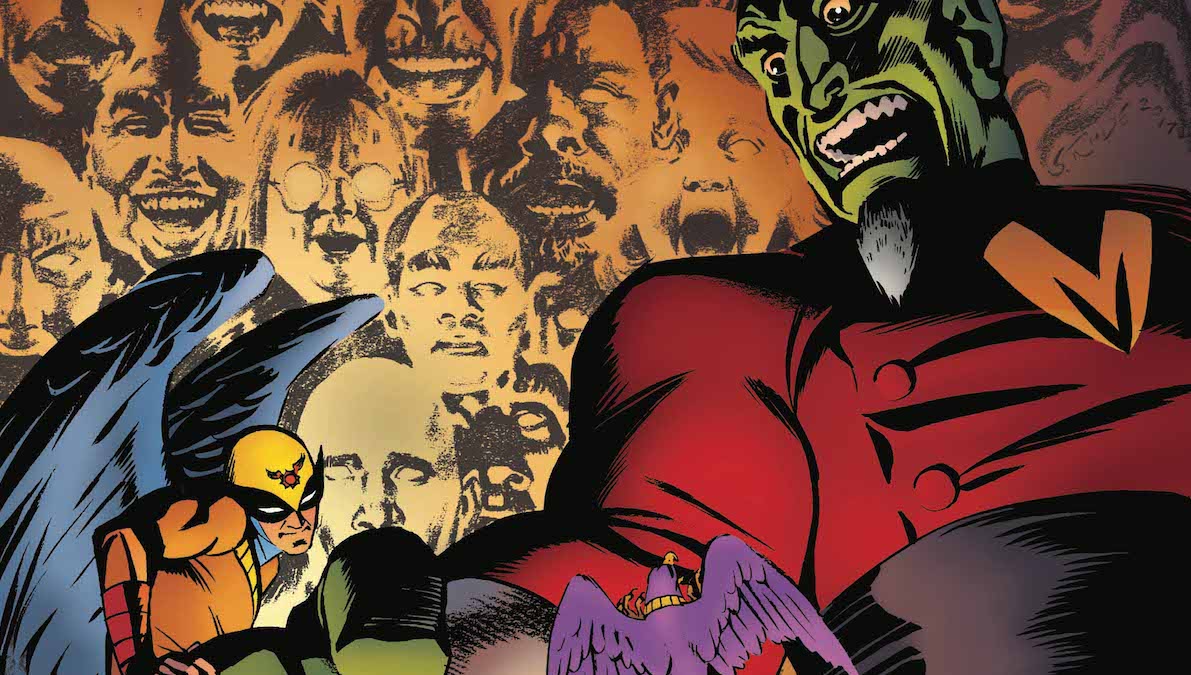