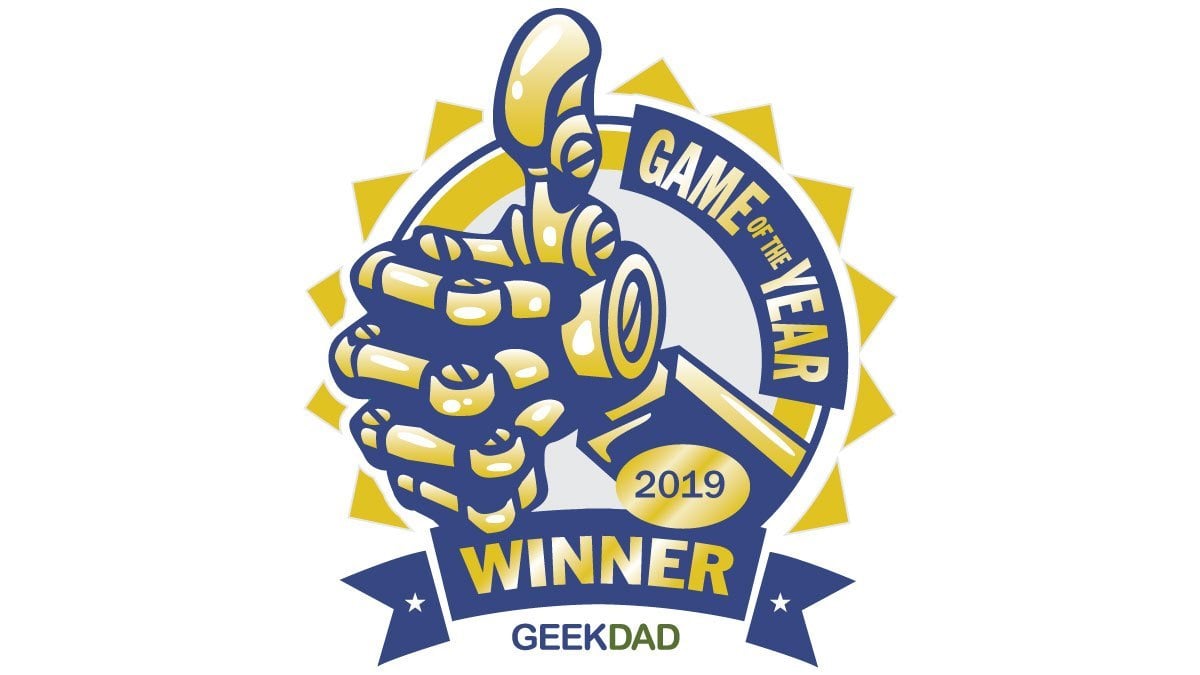 A few weeks ago, we announced our finalists for the 2019 GeekDad Game of the Year. The weekend before Thanksgiving, several of us got together to play all ten of those finalists, and then play many of them again, before an agonizing discussion leading to a decision. It was, as always, a hard choice, since all of the finalists are really great games, but in the end we had to pick one, and so, without further ado, our Game of Year for 2019: The Quacks of Quedlinburg.

Before we share our individual thoughts on why we picked Quacks, I do want to address a potential issue, and something we definitely discussed. Quacks has already won a fairly major award, the Kennerspiel des Jahres award … in 2018. So why are we naming a game as our winner in 2019 that won another award in 2018? Well, it’s simple: we use a different timeline for eligibility than Spiel. Quacks was originally released in Germany in 2018, putting it in the running for those awards in that year. But it wasn’t released in the US until 2019, and that’s the timeline–and geography–we look at.

My family likes giving me games as gifts (and I like that, too), but it can be a bit of a challenge since they aren’t always necessarily aware of what games I have or may be getting for review. But when Father’s Day came around this summer, my wife and son went up to our friendly local game store and came across Quacks. Thinking it looked different, and based on the recommendation from the store’s owner, they grabbed it, and it almost immediately became one of my favorite games. It was the game I brought with me everywhere I wanted to introduce a great new game to people.

So what do I like so much about it? Pretty much everything. I like that the setup is quick and easy, and the ruleset is simple enough that you can both get the game ready to play and teach it in just a few minutes.

One of my favorite mechanics these days is deck-building, and while we didn’t have a traditional deck-builder in our nominees this year, Quacks somewhat scratches that itch by introducing a unique twist with its “bag-building” mechanic. It also has a high level of replayability, with its four sets of “ingredients” and double-sided boards ensuring different games and different strategies from one game to the next. (And by the way, I strongly suggest playing the “reverse” side of the board, which almost always results in closer games.)

I know that Quacks will continue to be a go-to game in my family, and I personally can’t wait to get my hands on the expansion, due out early next year, to see what it brings to the game.

The decision about our Game of the Year is always hard—just narrowing down the field to our ten finalists was painful enough—but when we finally landed on The Quacks of Quedlinburg, it seemed right. All of our finalists are excellent choices and would make fine gifts for tabletop gamers, but Quacks has a nearly universal appeal that is hard to match. I’ve played with a wide range of players, both in my own gaming group and at conventions with strangers, and it has been a real hit this year. I like that it’s easy to learn, and that gamers with varying levels of experience can all enjoy it together.

One telling moment came at the end of two days of playing through our finalists and whittling down the list. We were having trouble choosing between a few strong contenders, and my wife suggested the question: “If you were going to set up and play a game right now, which one would it be?” We all agreed it would be Quacks—it’s a game you can use to kick off a game night, and it’s one that you’ll still feel like playing at the end, too.

I was the only one who had not played Quacks of Quedlinburg before we did our judging play throughs and it was one of the first games we played. I loved it from the first play through and I wanted to play it over and over again. While re-playability wasn’t the only factor in my decision, when it came down to the end, that was the deciding factor.

Oddly enough, deck building games aren’t really my thing and while I can definitely see how the bag building scratched that itch for Rob, it simultaneously didn’t turn me off by having some of the same feel as deck building, which is a great insight into just how much the game has wide appeal to so many gamers. I can truly see myself playing this game over and over and with so many different family and friends, from the ones who game every week to the ones whose game experience is limited to Monopoly and Sorry!

Mansions of Madness May Just Drive You Insane