Ray: As I expected, the recent Nightwing annual threw the entire concept of this run for a loop and revealed that Dick Grayson’s “brain injury” that conveniently made him forget his family and history as a superhero wasn’t what it appeared to be.

Sure, he had a brain injury – but the incredibly selective amnesia was the product of a highly effective brainwashing campaign by a doctor who was working for the Court of Owls. Ric Grayson is a blank slate on which the Court and William Cobb intend to create their own alternate version of Nightwing as a Talon – and Nightwing #66 is the issue where it plays out.

Sure, there’s a little too much monologuing by Cobb as Bea seems to be fine just standing there and letting the villain explain his plan to her. But I’m not sure if this was the original plan or a Jurgens embellishment, but it’s the kind of over-the-top superhero soap storytelling that still works pretty well.

The best part of Nightwing #66 is the clever “flashback” segment where we see the false memories that the Court intends to implant. By replacing Bruce with Cobb and creating a whole alternate history where Dick was raised as an assassin, they sever Dick’s connection to his second family and make him the perfect assassin to send against his fellow Nightwings.

Those characters still remain the weak point of the series, mostly spending their time running around the chaotic Bludhaven and trying to stem the tide of violence. By the end of the issue, the non-comatose Nightwings are about to fight their former ally, but I can’t really bring myself to get particularly invested in their fate. What I am invested in is just how Dick is going to get out of this brainwashing plot. The entire story makes a lot more sense when you realize it’s not just guided amnesia – it’s a plot to break one of the DCU’s best heroes. 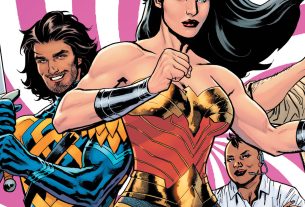 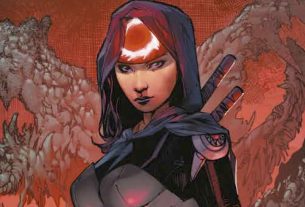