And really, when most people… ahem, of a certain age… think of Scooby and the gang, THIS is the show we think of. The original Hanna-Barbera show ran on CBS for two seasons and 25 episodes in 1969 and 1970.

And though the show was a hit with young Saturday morning viewers, it wasn’t yet a phenomenon. Over the years – and through countless reboots and spinoffs – there certainly developed a predictable Scooby-Doo “formula.”

Jinkies! Well gang, looks like we’ve got another mystery on our hands. My glasses! Zoinks! A clue! And I would’ve gotten away with it, too, if it weren’t for you meddling kids. Scooby-Dooby-Doo! 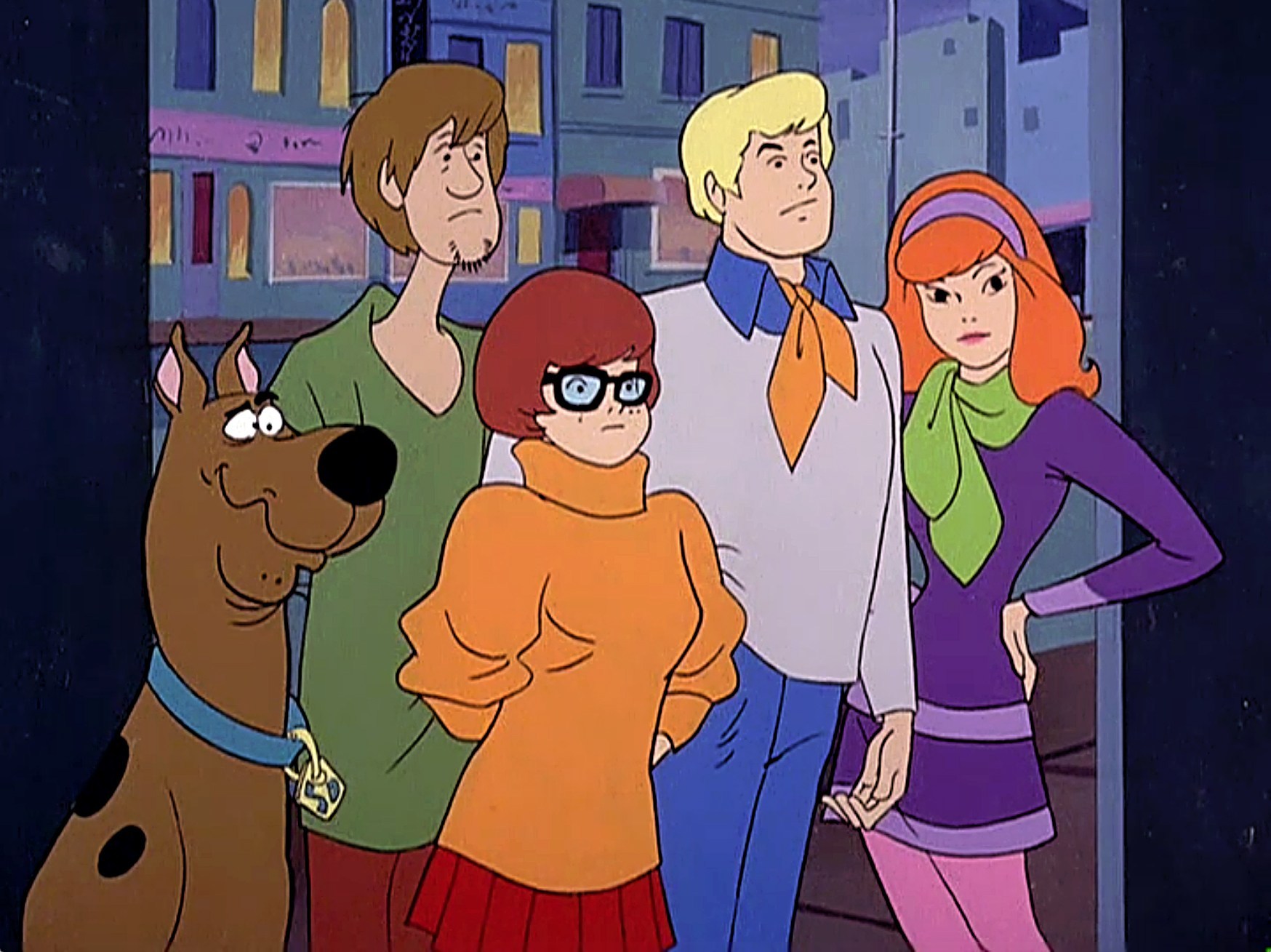 But back in 1969, none of this was cliche. None of this was paint-by-numbers Scooby storytelling. It was just Joe Ruby and Ken Spears having fun and writing what they probably thought were “throwaway” scripts for a cartoon no one would remember in a year.

Yet here we are, 50 YEARS later, and the franchise is just as strong as ever.

Those original 25 episodes, plus an additional 16 that were added in 1978 as an anachronistic “third season” of Scooby-Doo Where Are You! were previously released on DVD as part of the Hanna-Barbera Classic Collection. But this is the first time the complete series has been released on Blu-ray.

And oh man, if you’re a fan of this show, you’re in for a treat.

First of all, let’s start with the packaging.

Warner Bros. went all out to make this release feel a little bit special. If you (like me) still buy physical media, this set have you smiling the entire time it’s in your hands. The box is designed to look like a haunted house (mystery mansion), and the artwork – including the Scooby gang set inside cut-out windows – is practically perfect in every way.

Lift the rickety roof off the box, take a peek inside, and it gets better. This limited edition set includes not only the entire series on four Blu-ray discs but also

Well, what do the episodes look (and sound) like?

Really great. As far as I can tell, none of the episodes underwent any sort of restoration or remastering. They’ve all been upgraded to 1080p and cleaned up, though, so they’re incredibly clear – especially if you’re used to watching grainy animation on DVD or a standard-def TV.

In a totally unscientific approach, I compared several scenes between my Classic Collection DVDs and the new Blu-rays, and in each case the new release is far superior. Obviously. The shows look great, but that comes with a few caveats.

Scooby-Doo Where Are You! hardly boasts the world’s best or smoothest animation, so the clarity of the new episodes sort of shines a spotlight on the flaws in the animation.

Likewise, the audio hasn’t been upgraded to 5.1 (or even a lossless format). We’ve got a Dolby Digital 2.0 track, which makes the show sound pretty much like it always has. Nothing to write home about, but nothing too dissimilar from the original.

Are there special features?

Does Velma wear glasses? There are actually quite a few. In addition to all of the bonus features from the Classic Collection DVD releases, there’s a handful of new features (in HD) created for this release.

Most are “talking head compilation” featurettes interspersed with show clips, so none is truly worth the price of admission alone, but each is fun to watch at least once.

The new releases also seem to be not-very-subtle marketing pieces for new and upcoming Scooby-related properties, notably Scoob!, Scooby-Doo and Guess Who, and Scooby-Doo! and the Lost City of Gold.

What’s picked up from previous releases?

So what do you think? Is this worth it?

If you’re a fan of the show/franchise and don’t already own these episodes, then this is a no-brainer. They look fantastic, and you also get digital copies to take anywhere.

If you aren’t a fan, don’t have a kid who’s a fan, or are just curious to revisit the series for nostalgia’s sake, then it’s a tougher call. This “limited edition” release with “collector’s packaging” isn’t cheap. It retails for $89.99 (currently cheaper on Amazon). And when you can still buy the DVDs or digital versions online for much less than that, it makes this release a tough sell.

But like I said above, Scooby fans will find a lot to love here. And the original, classic show has never looked this good.