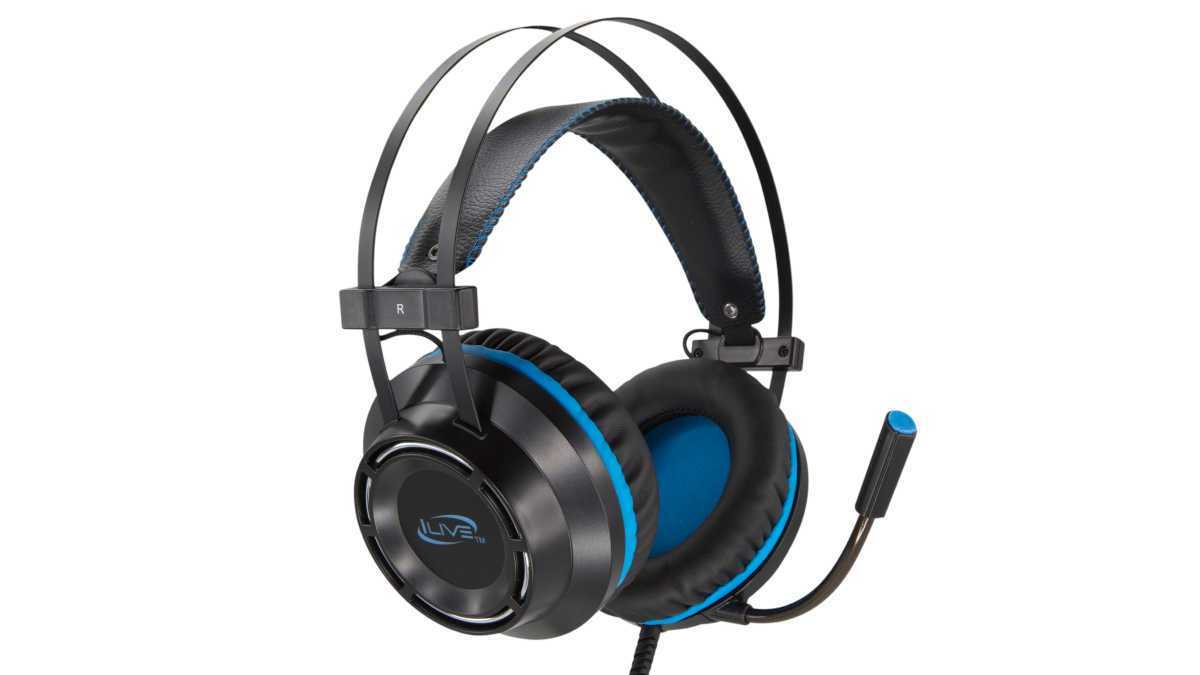 Not all gamers can drop $100 to $200 on a single piece of gear but all gamers still want good quality audio and a decent mic for talking trash during battle royals. That being said, iLive has made a pretty decent headset for gamers on a bargain. The IAHG39B may not be winning awards at E3 but it may just be the right headset for your young gamer who wants a cool piece of gear like daddy and mommy have.

The IAHG39B comes in some pretty cool packaging, but once you take it out, some of its shortcomings hit you right away. First off is the weight: it is very light, some would say uncomfortably light. What I mean by that is that you can tell that it probably is not very sturdy. The other very noticeable things are as follows: the cord feels very cheap and plasticky, it is not braided or cloth covered. The volume and mic switch in the middle of the cord has the quality you would expect from a happy meal prize. The earcups are in fact very comfortable and the headpiece also is ok. The jack is a three-notch allowing for stereo sound and a mic. It also has a USB end which does not allow you to access digital sound. It only serves as the power to the earpiece and mic LEDs which are blue and will only be blue. The mic seems ok but is moderately flexible and the sound is adequate.

The sound is where I was pleasantly surprised by the IAHG39B. I plugged it into my PC, PS4, and Xbox One, and I could hear loudly and clearly. The highs and lows were quite good. That being said it was a very 2D sound. Playing Dead by Daylight and other games where the spatial sound is very important to survival, I had difficulty hearing the location and distance of the hunters tracking me down.

Specifications from the Manufacturer

The IAHG39B by iLive is a decent headset for someone starting out in gaming or needs a couple of extra headsets around the house for the occasional friend or relative who might come over for a little competitive play. It is also great to give to your children without the fear that your more expensive headset may end up in the bathtub or toilet or perhaps covered in peanut butter. At a little over $25, it does everything you need a headset to do but not all of the things you would like it to do. If you are on a budget, this may also be a really good choice so check it out.

A sample of the IAHG39B was made available by iLive