Ray: Ram V joins James Tynion IV on this oversized one-shot ,Justice League Dark Annual #1, and it doesn’t miss a beat from the regular Justice League Dark series when it comes to plunging us into the DCU’s worst nightmares. The world of magic has been rewritten by the events of the last two arcs, and few worlds have been changed more than that of Swamp Thing. The ancient Parliament of Trees is no more, replaced by an unpredictable Parliament of Flowers that doesn’t recognize him as its guardian. Constantine has been brought in to consult on the nature of the new magic, and he points Swamp Thing towards the source of the chaos – and that sends the green guardian on a quest that plunges him into the depths of human grief and supernatural evil. The story is split between the main story, and journal segments from a man named Dr. Oleander Sorrell, a scientist who is studying flowers and grieving the loss of his son from cancer. But as the story goes on, it becomes clear that the timeframe we think we’re following isn’t the whole story.

The transformation of Sorrell into the first Avatar of the Parliament of Flower is a testament to how good Guillem March’s art has gotten over the last few years. Who would have thought a creature composed of flowers could be so horrific? But Sorrell’s power, grief, and madness are a terrifying combination, and while Swamp Thing is trying to put him to rest and make him let go of what he was, another agent has other intentions. Failed Avatar Jason Woodrue, the former Floronic Man and one of Swamp Thing’s biggest enemies, wants to turn Sorrell into his perfect weapon, and he convinces Sorrell to interfere with his ex-wife’s grief process in a disturbing way.

If I have one complaint about this issue, it feels like she’s never really a character. She’s a pawn in these men’s game, and the trauma she experiences at the end of the issue is horrific. I kind of hope Swamp Thing wiped her mind somehow. But Justice League Dark Annual #1 sets up a major new A-list villain for the JLD, and delivers the top-quality scares and thrills this series is known for.

Corrina: On the one hand, this ia a great horror story, of the descent of a man into grief until grief is all he becomes, and fake solace is all he can offer.

On the other hand, it’s a horror story about how a woman, steeped in grief, gets zero support and comfort from her husband, leaves to put herself back together, and returns only to be given a semblance of what she once had, a semblance which can never be.

To put it bluntly, it’s hard to feel the pain of the man when the woman is dealing with her grief as best she can, with no support, and he simultaneously abandons her emotionally (when they could have helped each other) and then his shade terrorizes her.

Likely not the intension of the creators that it come out this way but it’s hard not to read the story that way when it’s so focused on him and she’s simply a prop.

The art, as Ray mentions, manages to turn a being of flowers into something terrifying and uses the creation of the fake flower children to display a beauty that’s also rotton to the core. Leaves blow across the page, stems lean this way and that, with a mind of their own, and the forest feels as if it encloses the reader. It’s a visceral experience, as horror stories can be, but it’s not one that produced in me the sympathy or tragedy in me that I think they wanted for the new Avatar of the Parliament of Flowers. 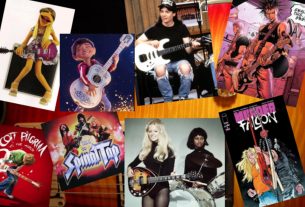 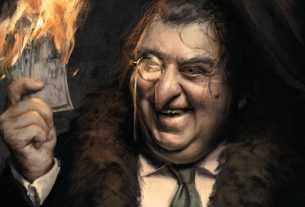