Ray: As Scott Snyder’s Justice League run approaches its landmark twenty-fifth issue, it’s continuing to hit on all cylinders as it delivers one of the largest-scale stories since Grant Morrison’s legendary run. When we last left off, the Justice League escaped the future world in the 6th dimension with the help of an elderly, formerly imprisoned Legion of Doom and pursued by enforcers Lois Lane and Jimmy Olsen – only to suffer a massive setback when Batman made a pact with the mysterious World Forger and betrayed Superman. In many ways, Justice League #24 feels like DC: Civil War, but the stakes driving the heroes apart are far bigger than any other event. Would you sacrifice half the universe to prevent its total annihilation? That may be a tough question, but it wouldn’t work half as well without Snyder’s human touch. The opening flashback to a minor setback between Superman and his son does a better job dealing with superhero mental health than a recent comic book event.

The action segments are top notch, and one of the sneaky highlights of this issue is the characterization of the semi-reformed villains. From Sinestro’s shell-shocked horror to Cheetah’s bond with Diana to Grodd’s unrepentant hatred for Flash, this version of the Legion of Doom makes surprisingly fascinating grizzled old heroes. The World Forger, as he recruits Batman with a silver tongue, comes into focus as a compelling villain and this “fall from grace” for Batman makes for a more interesting one than what we’re seeing in the main Batman title. I’m a little worried about the implication that Jarro was killed off off-panel trying to stop the World Forger’s plan, but not too worried – fan favorites like this don’t stay dead, just ask Agent Coulson. What’s coming as this series wraps up and we launch into Year of the Villain? I have no idea, and that’s exactly the way I like it. This is the most central I can remember a Justice League run feeling.

Corrina: This has been two years of a “Crisis in the Multiverses” story, with new celestial beings introduced, and new celestial MacGuffins, and with the Justice League tossed into the maelstrom. It’s been harder to get a handle on the whole thing than I’d like, and I’ve struggled with trying to suss out the through-line of the story, as can be seen from my reviews, which veer from positive to negative.

Justice League #24 finally shows the hand of the World Forger and his surprising ally, our Batman. That makes the stakes intensely personal for the rest of the heroes, which is great reading, but I’m still unsure whether this is a pocket universe, a future, or an alternate timeline. (Or if the answer matters at all.) It seems to be leading to DC’s Year of the Villain, which may showcase the Legion of Doom as heroes. (Maybe?)

The art certainly supports the epicness of the story, especially as our heroes try to escape in a space chase. The story is Morrison-like, but not nearly as gloriously odd as Morrison can be.

But when everything is at stake all the time in every story, it’s hard to find that kernel where something specific matters. I’ve struggled with that this whole run. 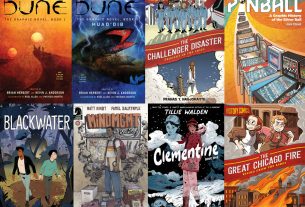