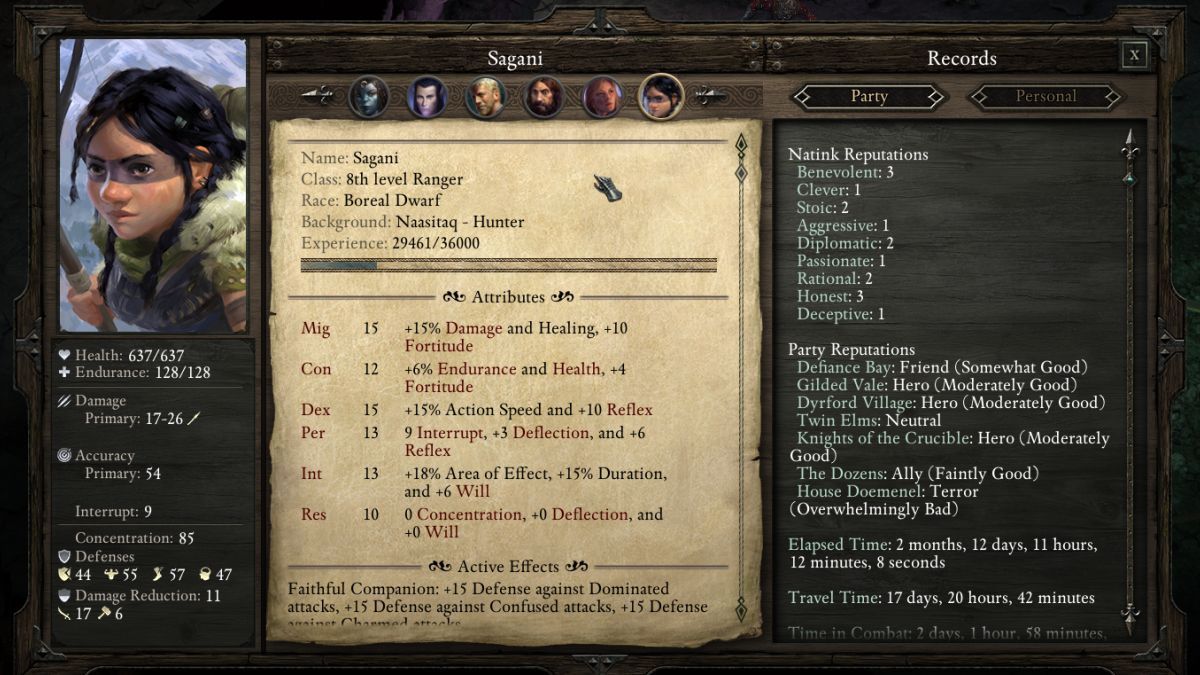 I’ve been a fan of RPGs since I picked up my D&D red box set when I was 12 years old. I later played computer RPGs like Pool of Radiance, Wasteland, and the Bards Tale and Ultima series. Back in 2nd Edition D&D, I designed custom sorcerer classes, and made some ill-fated attempts to improve D&D‘s armor class system and make it more realistic. In pursuit of that realism, I played GURPS for a time, and discovered that realism doesn’t necessarily make for the best game system—it’s too complex, and when you’re playing realistically, characters die very easily. I’ve always enjoyed reading up on new and innovative mechanics in RPG systems, such as “Aspects” in Spirit of the Century or “Stunts” in Dragon Age RPG, even if I’ve never played those games. After some trial and error, my group found that Pathfinder, and later, 5th Edition Dungeons & Dragons, was scratching the right itch. Armor class and hit points are a tried and true RPG trope. But my point here is that I’ve always been a bit of an RPG system aficionado, and good game mechanics catch my attention.

That said, I recently played Pillars of Eternity, and its mechanics opened my eyes to the fact that these systems can always be improved.

This article is not a review. This is not a strategy guide. I’m not interested in going into any of the plot or setting of Pillars of Eternity. I just want to focus on the way they’ve designed the game’s RPG mechanics without getting too into the weeds, and examine the new ideas they’ve introduced, which I personally find fascinating. My hope is that even if you have no intention of ever playing the game, you may find a discussion of its mechanics interesting if you enjoy RPGs.

Hit points are the norm. While there are outliers such as James Bond RPG‘s lettered wound levels, most games have your character taking points of damage, and increasing maximum hit points along with character levels. Pillars of Eternity does this a bit differently. Your character has an endurance score and a health score. Endurance functions exactly like hit points do in most games.

But in addition to endurance, characters have a health score, which is a far higher number than endurance. If a character’s endurance is 25, her health might be 120. Any time the character takes damage, that damage applies to both endurance and health. Healing spells will replenish endurance, but not health. If endurance hits zero, she falls unconscious and receives a maim effect such as “concussion” or “wrenched shoulder,” which also carries a temporary ability penalty. If health hits zero, she dies. Resting restores all health and endurance, and while that’s not realistic, it works very well in a game.

To show that a comfy bed in an inn is more restful than your bedroll in a dungeon, characters that rent a room gain ability bonuses that last one day, which is a far more appetizing approach than penalizing characters for sleeping on a cold stone dungeon floor.

So often in RPGs, people min/max when they create characters. After all, why should your wizard put any points into strength or your fighter into intelligence? Pillars of Eternity has solved that problem by designing a system where nearly every ability is important to nearly every character.

Four of the game’s six stats line up with the six Dungeons & Dragons ability scores you know and love. They’ve dumped the two you might expect: wisdom and charisma. The six stats in Pillars of Eternity are Might, Constitution, Dexterity, Perception, Intellect, and Resolve.

Might represents a character strength, both physical and spiritual. While it affects weapon damage, it also affects spell damage, and even the amount of healing a priest’s spell will grant.

Constitution represents health and endurance, and affects those scores, which are essential to all characters.

Dexterity modifies a character’s action speed. This may mean your character makes five actions to a slower character’s four actions.

Intellect affects the size of any ability’s area of effect and duration. While this is primarily a factor for spells, it can also modify the size of a paladin’s buff aura, a barbarian’s battle cry intimidation radius, and any other number of abilities.

Perception has been used as a stat in games before, but for my money, it’s never been so well implemented. Perception affects a character’s accuracy. An accurate character will connect more often with spells, swords, or gunshots. Perception also increases a character’s ability to interrupt—a key factor in combat which I cover below.

Resolve is an important ability in Pillars of Eternity. Resolve is used to determine a character’s concentration, which is the ability used to prevent interruption. It also improves deflection, which is analogous to armor class.

One of my favorite bits of Dungeons & Dragons has always been the strategic combat—arranging miniatures on a map and perfectly lining up that lightning bolt or maneuvering into a doorway for strategic advantage. This is what eventually got me into Warmachine.

In Pillars of Eternity, there’s an engagement mechanic which functions similarly to Dungeons & Dragons attack-of-opportunity. The key difference is that a character can engage only one opponent at a time. This means that if you and an ally are attacking a foe, one of you is going to be able to move away without incurring a free strike. Fighter classes can eventually take special abilities which allow them to engage two or more opponents, and rogues can take abilities which allow them to break engagement without taking free strikes.

There are no turns in this game. Action speed is based on seconds, fractions of a second, and percentage modifiers. I first encountered this kind of rotating initiative system in the 1980s, playing Ultima V on my Commodore 64. I’d notice that my faster characters would occasionally get two turns before a slower character got one. And while the mechanics of that game were never clearly laid out, I did take notice. This kind of system would be challenging to implement in a tabletop RPG, but I believe that a cleverly laid out initiative track resembling the one from Galaxy Trucker could make it work.

Each attack/defense is attribute versus attribute. A sword attack is accuracy versus deflection. A sleep spell is intellect versus willpower. And while a shield will increase your character’s deflection, it slightly reduces your attack speed. Everything is a trade-off.

Armor doesn’t affect deflection at all. Armor provides damage reduction. I’ve tried to design systems like this before, and they’d never worked because smaller weapons quickly become useless against heavy armor. But in Pillars of Eternity, damage reduction can never remove 100% of any hit’s damage. The damage reduction maxes out at somewhere around 80%. Certain weapons, such as stiletto and mace, will bypass some damage reduction. The game has no “best weapon.”

Interrupts are one of the system’s most innovative mechanics. Many systems have had rules for interrupting a spellcaster, but I don’t know of any which have used that same rule to interrupt a warrior swinging his axe or an archer drawing a bow. Attacks, whether they’re weapons or spells, have an interrupt rating, which is influenced by the user’s perception. When the attack happens, it’s tested against the target’s concentration. If the interrupt succeeds, then the spellcaster has to start his spell all over, or the warrior loses that 1.4 seconds of prep in swinging his axe and has to start over. It may seem minor, but when your warrior has half of his attacks being interrupted, he’s not doing nearly as much. It also means that when your entire party is around a single foe beating on it, that enemy isn’t able to fight back effectively.

Pillars of Eternity does use levels in the same way that Dungeons & Dragons does. But there’s a really interesting mechanic in play for limiting grinding. As you defeat any specific enemy type multiple times, it gradually fills in your bestiary entry on that creature, allowing you to see its stats. Filling in that bestiary entry wins you experience points. Once it’s full, however, no more experience. You’ve learned all you can from killing boars.

Another great advancement mechanic in play is how low-level spells are handled at higher levels. Dungeons & Dragons generally handles this by having spells scale—a first level spell cast by a tenth-level wizard will do more damage. In Pillars of Eternity, as your character reaches very high level, you can take an ability that lets you cast lower-level spells once per encounter without using a spell slot.

In a game that takes such creative liberty with its mechanics, it should be no surprise that they’ve done some interesting things with the various character classes. Fighters have the ability to continuously regenerate endurance during battle, although health remains a limiting factor. Monks have special abilities which aren’t limited by uses per day or per encounter—rather, they gain uses as they take damage. And the chanter class is similar to a bard, and they can buff the party via their chants. Once they’ve completed a set number of chants, they can then use spell-like abilities, each of which requires a different number of chants to enable it.

With as many calculations as are happening behind the scenes in this game, it would require a massive amount of simplification and streamlining to ever reach the tabletop and remain playable. That said, Obsidian does seem to be planning a pen-and-paper version of Pillars of Eternity, and it may already be available in a digital format, although I’ve been unable to locate anywhere to purchase a copy.

I’d love to see some of the novel ideas that Pillars of Eternity has introduced show up in a tabletop RPG. If Obsidian doesn’t make its tabletop game widely available, perhaps another game designer will step up. 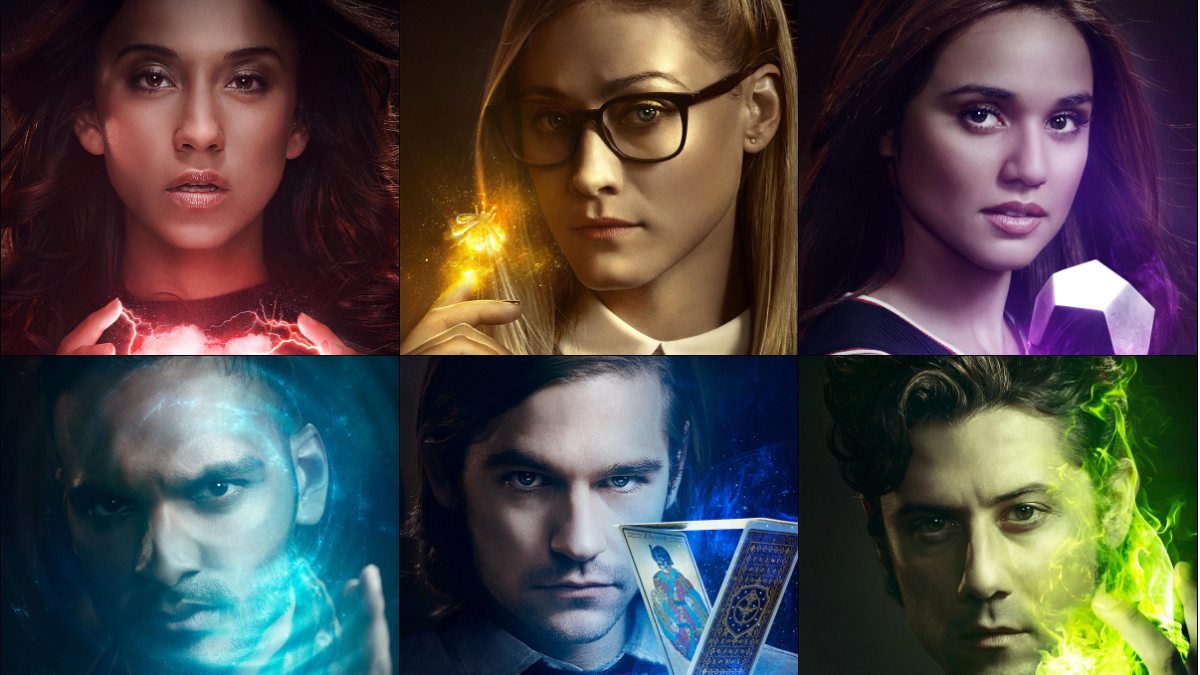 1 thought on “Beyond Hit Points: The Evolution of RPG Combat Mechanics”