Corrina: Fine Stories But Nothing Definitive

Ray: Less than a year after the mega-sized Action Comics #1000, DC hits another epic milestone as their iconic Batman title Detective Comics hits the 1K mark. Unlike the previous issue, this one doesn’t have a central story or two like Jurgens and Tomasi had in Action – no story in this issue is more than 10-15 pages long. That gives this anniversary more of the feel of a super-sized anthology like the seasonal ones – but all devoted to Batman and his supporting cast. That gives an incredibly talented group of creators the chance to all have their say on the character’s long and winding road.

The issue kicks off with a bang as Snyder and Capullo reunite for a brilliant eight-page short titled “The Longest Case”. It’s a sharp, clever concept as Batman returns to one case that’s been haunting him for years – a seeming never-ending series of puzzles, cryptograms, obscure historical references, and riddles that lead him to one dead end after another. The ending not only brings this mystery to a satisfying close but adds a unique new group of potential allies to the DCU. I hope this mysterious group will be showing up again in Justice League.

The second story, by Kevin Smith and Jim Lee, is a decent eight-page tale that takes Batman back to the traumatic events of his childhood as Matches Malone hunts down the gun that killed the Waynes. I like the idea of a supervillain/crime memorabilia store operating in Gotham, but I’m a little tired of seeing Bruce obsess over that moment from his childhood. However, the reveal of Bruce’s plan for the gun really worked. This is definitely one of Smith’s better DC works.

Next, it’s over to Paul Dini and Dustin Nguyen, two of Batman’s most valuable players over the years, for a villain-centric take focused on one Knute Brody – the worst henchman in Gotham City history. Villains including Harley Quinn, Riddler, Ivy, and Mad Hatter share stories of the many ways this incompetent goon has messed up their operations. It’s a hilarious tale of misadventures – with a fun twist ending that I saw coming but made me grin nonetheless. After all, who better to screw up the villains’ plans?

Next up are Warren Ellis and Becky Cloonan with “The Batman’s Design”, a ten-page noir story that follows Batman pursuing a particularly vile gang of criminals who just failed in an elaborate hostage plot. The plot tracks Batman as he stalks, ambushes, and beats them while narrating in grim fashion. It’s vaguely Miller-esque, only without the casual racism and ultraviolence. It looks great, but the plot is rather thin – not a surprise, as Ellis is not known for his Batman work. Ultimately, it’s just about Batman showing how intimidating he can be.

From someone without much Batman writing experience to one of the most experienced writers alive, Denny O’Neill and Steve Epting’s story takes us back to an earlier era. An eight-page story set in Crime Alley, this tale focuses on Batman and Leslie Thompkins on the anniversary of the Waynes’ murder. Bruce, consumed by grief and vengeance, takes his rage out on some muggers as Leslie once again tries to pull him back from the dark. It’s a good look at one of Batman’s most underrated supporting cast members.

Next up is “Heretic”, an eight-page story by the mismatched creative team of Priest and Neal Adams. Adams usually writes his own bizarre material these days, but here he illustrates Priest’s tale of Batman investigating a murder tied to his training days in the far east. It sets up a civil war in Tibet, as well as giving us a better look at Batman’s influence during those early years. I just wish there was a different artist – Adams’ unique art style lends itself to the over-the-top dialogue of his own material, not Priest’s more nuanced storytelling.

Then it’s time for two of the newest additions to the DC talent stable, Brian Michael Bendis and Alex Maleev in “I Know”. This nine-page tale of an elderly Bruce Wayne and Oswald Cobblepot has shades of Batman Beyond, as Penguin confronts the enfeebled Bruce to let him know he knows who he truly is. It’s a very Bendis-esque story, heavy on the dialogue and low on action, but it works because it elevates Penguin into a much more clever villain than he’s usually portrayed as. Clever ending, too. This makes me interested in Bendis’ inevitable Bat-run.

Next up it’s the elite creative team of Geoff Johns and Kelley Jones – two creators who are sure to be in this volume but I don’t think anyone expected them together. An eight-page future tale featuring an older Bruce, Selina, Damian, and a teenage BatCat daughter named Echo, it is set in a near-utopian Gotham – that is, until a massacre that calls back to Loeb and Sale’s legendary The Long Halloween. It’s a clever, enigmatic story with a poignant twist ending that leaves hope for the future. This may be my favorite installment yet in the issue.

James Tynion IV and Alvaro Martinez Bueno have the shortest story in the volume at only five pages, but they make every panel count in “The Precedent”. Tynion’s run was about legacy and family, so it makes sense he goes back to the beginning here, as Bruce and Alfred talk out whether bringing Dick into the manor and the world of Batman is the right move. It perfectly hits the right emotional notes for what’s essentially a story about a damaged but loving found family.

The next story in the volume goes to current Batman writer Tom King, paired with Tony Daniel and Joelle Jones. “Batman’s Greatest Case” clocks in at only eight pages but packs a lot into each. It splits the action between a dour, solitary walk in the rain to the Wayne crypt, and Bruce gathering the entire Bat-family – including all extended members – for a mystery mission. The dialogue between the Bat-family is a little meta, but I thoroughly enjoyed this segment. For all of King’s dourness in the main run, it’s good to see him bring the family together for a lighter moment here.

Finally, it’s up to regular Detective Comics creative team Peter Tomasi and Doug Mahnke to bring us home with a dark tale introducing us to their new Bat-nemesis – The Arkham Knight. Straight from the video game, this sadistic vigilante narrates the story over a series of splash pages, explaining how he sees Batman as a cancer corrupting Gotham from within. The scenes of Batman battling his iconic villains are brilliant, but the villain himself seems familiar – like many other “Dark Batman” archetypes over the year. Overall, there are no bad stories in this volume and quite a few brilliant ones. A fitting tribute to eighty years of keeping Gotham safe.

Corrina: The closest this issue came to giving me a definitive Batman story was the opening by Synder and Capullo, a true detective story that spans Batman’s whole career, and ending with that clever scene including many of DC’s detectives. That reminded me strongly of a story in the 50th Anniversary of Detective Comics, in which Batman teams up with Sherlock Holmes.

There was also the creative Paul Dini/Dustin Nguyen tale that shows the cleverness of the Bat-Family and, yes, their ability to have fun, something sorely lacking in Gotham lately. I also enjoyed O’Neil’s trip back to Crime Alley.

The overall talent assembled for this book is impressive, though it has some glaring omissions (Doug Moench? Ed Brubaker? Greg Rucka? Devin Grayson?) and it reflects the nearly all-white, all-male publishing history of the series (more on that over in GeekMom later).

It’s not that any of the stories are bad. They’re all good and some are excellent.

But this milestone doesn’t have what I truly wanted, which is a definitive Batman story, one that will stick in my mind for years.

I wanted something like “To Kill a Legend,” from Detective Comics #500.

I know, that’s a super high bar for this issue but it is Detective Comics #1000, it is the culmination of eighty years of publishing history. So, yeah, I wanted mind-blowing and definitive, not merely excellent.

But the anniversary issue is worth buying, especially for the art, as every artist is at the top of their form (Well, there’s Adams but one could hardly do a landmark Batman issue without him, even if it’s not the same as during his definitive years on the character. I only wish Dick Giordano had been around to ink him.)

There are also all kinds of variant covers and some wonderful pin-ups inside. So, yes, buy. But if you have near-impossible expectations, it didn’t quite get there. 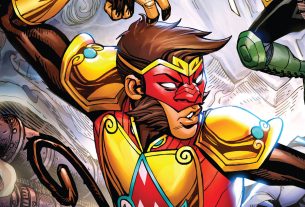 Review – Monkey Prince #3: On the Case 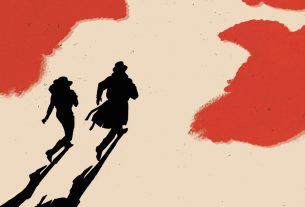