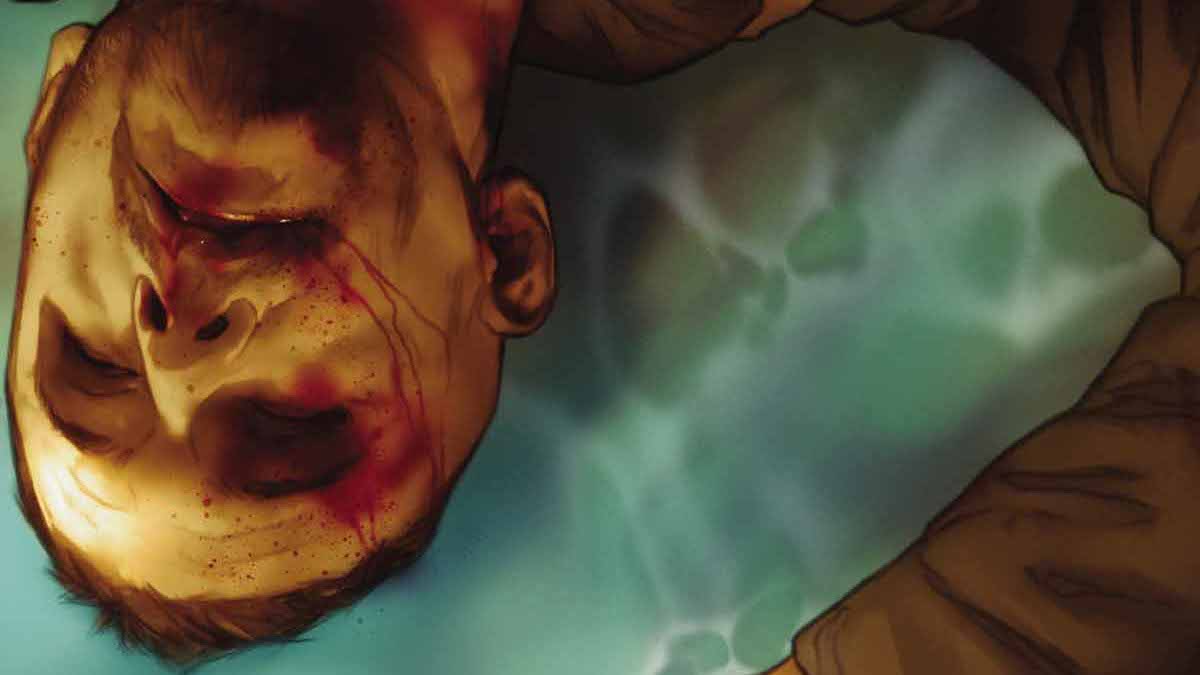 Corrina: It All Falls Apart

Ray: Every issue of Bryan Hill’s American Carnage is a tightly-wound suspense thriller that takes its complex lead, Richard Wright, further down a rabbit hole of bad situations and worse decisions. They don’t get much worse than the end of the last issue, when he found himself ambushed by the mysterious man in an Obama mask who had already framed him for murder. Blasted with a shotgun, he seemed in dire straits – until he wakes up on a beach in American Carnage #5 covered in abrasions from rock salt and with the mystery killer and mastermind Wynn Morgan standing over him. The abuse that Morgan and his minions deal out in this segment is hard to watch, and it drives home the way this sadistic cult breaks down its recruits, encourages their feelings of isolation and helplessness to get them to commit. Hill does an amazing job of encouraging, if not sympathy for these radicalized young men, understanding of how the ringleaders prey on them and manipulate them.

Beaten and abused, Richard is given one last test to prove he belongs in this world – the assassination of Morgan’s redneck rival, Sheldon. Sheldon’s been an effective hate-sink since this series began, and it was always inevitable that this slow-simmering conflict would build to an explosion. It’s getting harder and harder for Richard to play both sides. As compelling as these scenes were, I was just as impressed with the quieter segments. Richard and Jennifer meeting after his trials as she tries to get him out before it’s too late once again casts doubt on her true intentions and Agent Curry’s face-off with an oily Democratic Senate prospect adds some new wrinkles to the conspiracy surrounding Morgan. Morgan seems ready to make another big move at the end of the issue, furthering his push for respectability, and this title continues to be the crown jewel of the new Vertigo line.

Corrina: There are no allies. That’s the classic dark moment in many noir stories, as it is in American Carnage #5. But it also has further reaching commentary, as Richard finds himself torn between all competing agendas. Those who should be on his side, those who should do the right thing, are instead becoming his enemy.

He even says that to bring down this organization, he’s going to have to go outside all the rules.

The artwork adds to Richard’s sense of isolation and confusion. There’s his waking up on the beach, usually a serene setting, but instead full of violent aftermath, a symbol that Richard can find peace nowhere. There’s also that bright speck of blood coming from his nose in several panels, perhaps a metaphor for his metaphorical bleeding out until he has nothing left.

This is a brilliant book, all around. If you love noir, you need to pick it up. 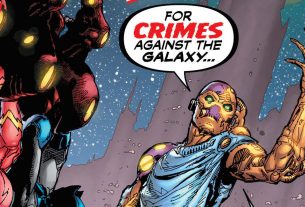