Ray: Coming off the first major arc, Catwoman #7 is sort of downtime for everyone involved – but that doesn’t mean the next big threat isn’t right around the corner. Joelle Jones is still off art, but Fernando Blanco and Elena Casagrande do a more than capable job of filling in for a visually-driven issue that’s often light on dialogue. As the issue kicks off, Selina is engaging in one of her trademark schemes – using her beauty and wiles to con a high-end jewelry store in Villa Hermosa. But while she escaped from the Governor’s mansion alive the last issue, she hasn’t vanquished Raina Creel. The vain, evil woman appears this issue to desperately attempt to get her face restored via plastic surgery, even as the damage from her repeated operations grows. She’s a creepy villain, far more hideous than female villains are usually allowed to be – but I’m also not sure she’s as compelling a villain as the creative team thinks. She’s just too one-note.

But Creel is taking a backseat this issue as a different threat arrives in Villa Hermosa. That would be Penguin, sporting his shiny new eyepatch and seemingly in a terrible mood from the minute he lands. He senselessly kills his ride on the side of the highway because the guy vaguely annoyed him, and then goes on to lure Selina into action with the destruction of a massive Ferris wheel in the town. This leads to an extended action segment where Selina fights her way through an army of his goons before eventually confronting him in his aquarium as the issue ends. Visually, it’s a fantastic issue, and that makes up for the slightly thin story. But I’m hoping that the next issue makes this a little more than a generic Catwoman vs. Penguin story, as Joelle Jones’ take on Selina has been very good so far and I’m ready to see it take on some more ambitious storylines.

Corrina: Visually, as Ray said, this is a fantastic issue, no more so than in the last pages when the art carries the story as Catwoman gets closer and closer to the Penguin, lying in wait for her, having expected her to make short work of his minions. The battles are set in various parts of what seems to be an amusement park/aquarium, which is a perfect setting for Penguin and one in which Catwoman is instantly out of place.

What does Penguin want? The last time we saw him, he was “betraying?” Bane by telling Batman about him. Penguin no doubt has his own agenda but whether he’s going to use the truth or lies to get to Catwoman is unclear.

The story itself tends to suffer from the problem of being a bit unclear. Selina wants to make certain her sister is cared for but I’m unclear why she hasn’t moved her out of this city and to a place where she’d be safe. It’s possible Selina trusts no one at this point but a catatonic woman needs more than just a babysitter. I hope this part of the arc is leading to her sister regaining her consciousness, at least. 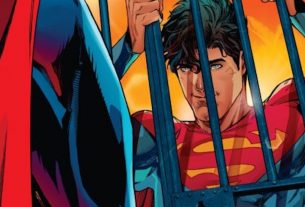 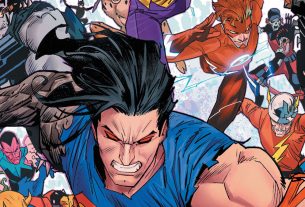