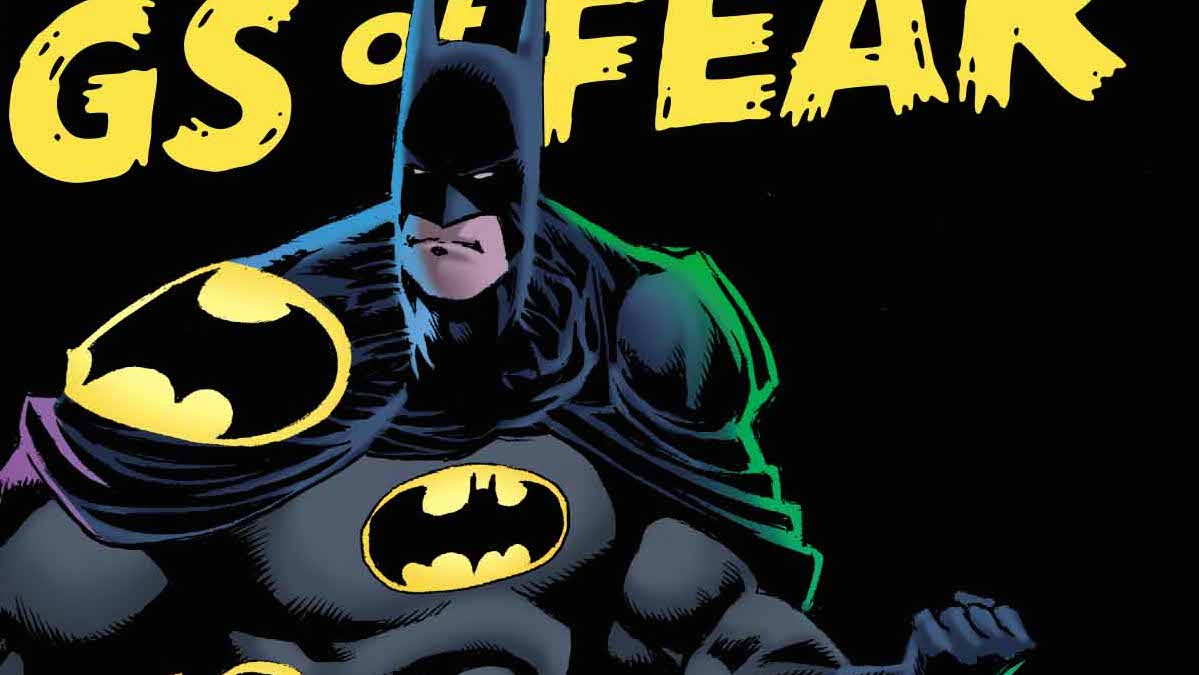 Ray: Kelley Jones has been one of the most iconic Batman artists dating back to the 1990s, but he’s rarely lent his art to a story quite as good as this Batman/Scarecrow character drama. Essentially an extended group therapy session between hero and villain as Scarecrow attempted to break Batman down and make him believe his entire career as a superhero has been counterproductive, Batman: Kings of Fear #6 brings it all full circle and lets Batman confront the true consequences of his actions. The initial battle between Batman and Scarecrow ends quickly, as Batman snaps out of his stupor and quickly captures Scarecrow. Despite the villain’s taunts, he’s able to see through the emotional manipulation and ferry him and his hostage Kenneth Rhee back to Arkham.

That’s when this issue really takes off, in a series of one-on-one conversations between Batman and the people around him.

Some are people he already knows. Commissioner Gordon is someone who’s always in the thick of Gotham’s chaos, and he’s rarely been as frank as he is here about the toll it takes on him – and how Batman keeps him sane. A woman who Batman saved from a mugging years ago reflects on how he changed her life for the better. Even the villains get their say – both a henchman of Scarecrow’s who’s given a second chance and a D-list villain who found a new passion after being spared from a Bat-beating. Then there’s the ending, which has Alfred giving Bruce a tough but inspiring speech about the travails of being his support system. This series started as a Batman vs. Scarecrow battle but evolved into a brilliant look at what Batman truly means to Gotham. It may seem like a minimalist story, but under the surface is one of the smartest Batman stories I’ve read in a while.

Corrina: Over and over lately, the theme has been in Batman stories that Batman somehow makes it worse for Gotham, that what Batman does simply creates madness.

This conclusion turns that theme on its head, making a case that yes, heroes matter, Batman matters, his quest matters, and it’s made a difference in people’s lives.

For some reason, that warms my heart. I have always believed that superheroes are aspirational. They may struggle in their stories but, in the end, they’re about hope and people doing things that make a difference for the better. That is sometimes lost in Batman stories, particularly, so to see this Batman, after going through so much due to the Scarecrow’s “analysis,” discover that people care about what he does kinda made me misty-eyed.

Jones’ art has been perfect for this series, adding a dreamlike quality in which it was hard to tell reality from illusion, pulling us deeply into Batman’s compromised mind. But Jones also nails the facial expressions as the people tell their stories of how Batman has improved their lives, especially Bruce’s smile at the end.

Highly recommended. There is a hardcover collection coming out in August, for those who can’t find the individual issues.