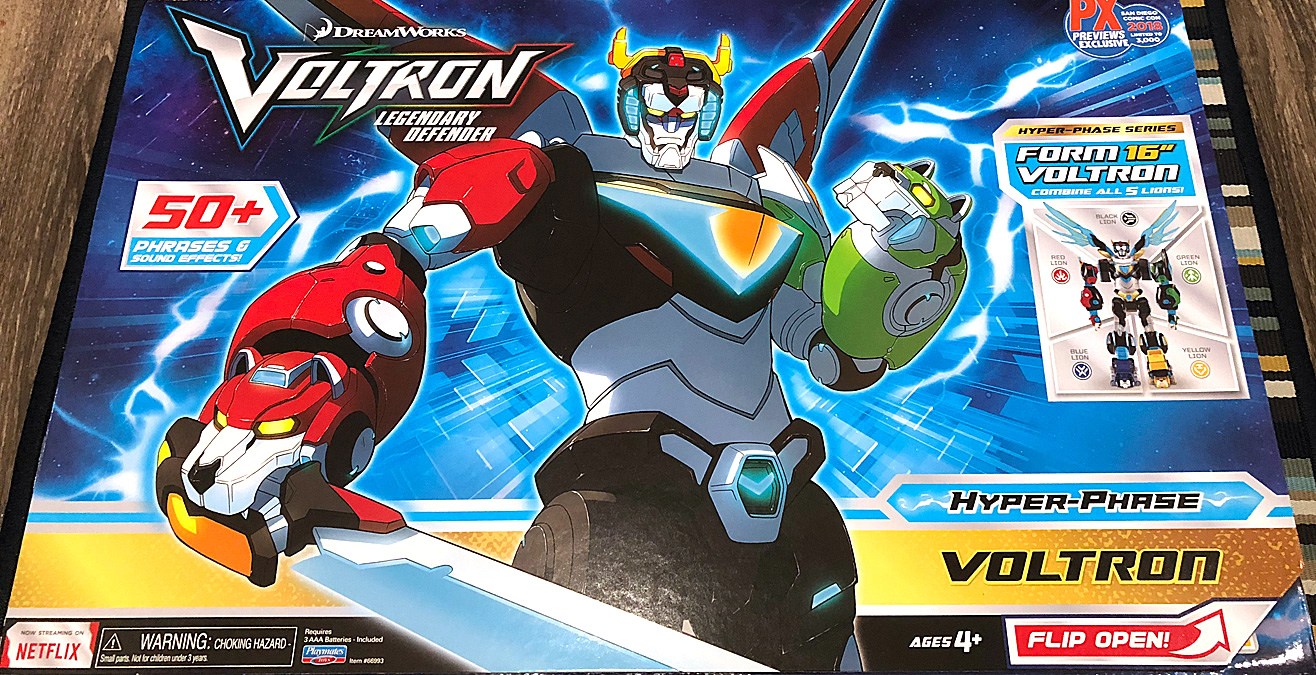 I briefly mentioned the SDCC Exclusive Hyper-Phase Voltron from Voltron: Legendary Defender in my Excited for SDCC round-up, but I have one in my hands and wanted to do a bit of a deeper dive!

At a quick glance, the lions and Voltron itself only have 3 major changes. All of the lions have had some of their grey ‘metal’ parts replaced with bright blue ones, they have additional matching stripes, and Voltron’s wings are the more organic, powered up ones we’ve seen in a couple of episode, mostly notable near the end of Season 6. Other than those changes, the lions themselves are identical to their earlier counterparts.

Some of the sounds Voltron can make! There are over 50 audio clips and sound effects, and, like the previous incarnation of the Voltron: Legendary Defender Legendary Lions, there are specific sounds while forming Voltron and certain ones that only play once Voltron has been formed.

There will only be 3,000 of these exclusive sets available and go on sale tonight at Preview Night (which starts at 6:00 pm for the exhibit hall), and you can grab it at these locations at SDCC.

You may have noticed that I did not yet open my set. I’m waiting until I get back from SDCC so I can open it with my son since he is also a huge Voltron fan. We may even do an unboxing video together if he’s willing!