Enter a medieval world of humans, dwarfs, and elves as they battle to stay alive against an endless horde of zombies in Zombicide: Black Plague, designed by Raphael Guiton, Jean-Baptiste Lullien, and Nicolas Raoult, and published by CMON and Guillotine Games.

What Is Zombicide: Black Plague?

Zombicide: Black Plague is a cooperative, scenario-based miniature game for 1–6 players. Due to the theme (massacring zombies) the recommended age is 14+, and it takes approximately 1–2 hours to play. The game takes the original idea of Zombicide and drops it into a medieval fantasy setting where players will work together to complete the scenario objectives while keeping the mass of zombies from swarming their survivors.

This game is beautiful! The components are well crafted and high quality, which is to be expected from CMON. The miniatures are highly detailed, durable, and the multiple zombie sculpts (five different sculpts for the Walkers, and two different sculpts for the Fatties and Runners) provide variety, improving the look and feel of this game when it is set up on the table. The tiles and tokens are manufactured from thick cardboard and covered with detailed artwork, from furniture to the stone pattern on the pavement, capturing that medieval setting and really bringing it to life. A nice little bonus in the box are clear plastic molded trays to keep all the miniatures neatly organized. But you will have to provide your own solution to all the tokens after punching them out.

While all the components combine to create a fun, immersive experience on the table, it is the survivor dashboards that are the highlight for me. The design of these is genius, providing a spot for all of your survivor’s relevant items. The ID card sits front and center where you can easily read the survivor’s available abilities. There is a spot to place active equipment cards to either side of the ID card as well as a location for armor. Additionally, there is space for up to five items to be stored in the backpack.

Along the bottom of the dashboard is your survivor’s level tracker, where a nifty sliding pointer helps you keep track of the survivor’s current level. And finally, along the top are locations to track your life total and store extra tracker pegs. This wonderfully designed piece of plastic keeps everything that you need for each survivor well organized without taking up lots of space on the table.

How to Play Zombicide: Black Plague

To begin play, start by selecting a scenario from the rulebook. While this is not a campaign style game, the scenarios do tell a story if played in order. Each scenario will provide all the information that is required for setup – which tiles to use and how to lay them out; which tokens to add to the board including zombie spawn points, doors, and quest objectives; and any other pertinent items or special rules for that scenario.

With the exception of the tutorial, all scenarios require six survivors. So if you do not have six players, then divide the survivors up among the number of players available. Then each player will take a dashboard, survivor ID card, one starting equipment card, and colored tracker pegs matching the color base on that miniature. Place all survivors in the starting zone and give the first player token to one of the players. Shuffle the zombie cards and equipment cards into their separate decks and place on the table. You are now ready to begin killing zombies!

At the beginning of the game, each survivor is allowed to take three actions. The actions can be different ones, or the same action multiple times. Throughout the game, survivors will gain experience points by killing zombies and taking objective tokens. As a survivor levels up, the number of actions and abilities available will increase, making the survivor more powerful. However, note that when zombies spawn, the level at which they spawn is determined by the highest level of any character alive, so it is a good idea to not let one or two survivors outstrip the rest in experience points.

The possible actions a survivor can do include:

Once all the survivors have completed their actions, it’s time for the zombies to go. First, activate any zombie currently on the board. If a zombie starts this phase in a zone with a survivor, it will attack the survivor. Otherwise, it will move one zone towards the nearest survivor. Runners are the exception to this rule since they get to activate twice. A survivor with a shield or armor can attempt to defend by rolling dice equal to the number of hits. If the results match the required number on the equipment card, then the hit is defended. Any hits that are not blocked reduce the survivor’s life total. And with only three lives to start with, survivors can quickly be overwhelmed and eliminated.

During the second part of the Zombie Phase, spawn additional zombies. Draw a zombie card for each zombie spawn point and place the indicated type and quantity of zombies at that location. But beware, if you ever run out of zombie miniatures to place on the board, that type of zombie immediately gets an additional activation.

During this step, remove all noise tokens from the board and pass the first player token clockwise. Then begin the next round. You will repeat these steps until either you successfully complete the scenario objectives or become zombie food.

The Abomination is the worst of the zombies that you will face. It is so tough that no weapon can kill it. So you better hope that you find some dragon bile and a torch before you run into this baddie, or else you may not survive. With these two items, a survivor can create dragon fire that will destroy any and all zombies or heroes in one zone. This conflagration is the only way to rid the world of such a vile creature.

Why You Should Play Zombicide: Black Plague

There is sheer fun in killing lots and lots of zombies!

But if that’s not reason enough to play Zombicide: Black Plague, here are a few more. I have played the game solo as well as with a full cadre of six players, and it is silly fun at any player count. While playing solo, the game feels more like a tactical miniatures game, where I get to control all six survivors and have to think ahead on how to best use their abilities to obtain the scenario objective. Whereas, playing with a group is just zany fun as you find yourself cheering on your teammates when they make big plays (you killed how many zombies with that roll?!), or groaning out loud as they miss killing that lone zombie with all their attacks (I mean, how do you not roll a single 4+ on ten dice!!!).

Next, if you like rolling dice, you will probably like this game. There is lots of dice rolling in Zombicide: Black Plague as you need to continually keep the zombie horde at bay. It is that randomness generated by the dice rolling and card drawing that makes every play feel like you are walking a knife’s edge. What seemed like a safe situation can quickly switch into a dire one when you bust down a door and find yourself suddenly face-to-face with an Abomination with no way of killing it.

While randomness can be a detriment to some games, in Zombicide: Black Plague, the randomness reinforces the theme. Not knowing what equipment you will find, how many zombies await you when you open a door, or whether you will successfully kill all the zombies in your zone strengthens that feeling of trying to survive a zombie apocalypse.

What’s more, the game is well balanced. The survivors start out with basic weapons, fighting the few zombies that come shambling their way. But as you search for loot and level up, your survivors will eventually be able to really kick some zombie butt! This is balanced by the zombie spawn cards, which throw larger hordes of zombies at you, the higher the level your survivors become. This balance continues to make the gameplay challenging from beginning to end.

If that’s not enough, it is a beautiful game. Along with the wonderful artwork on the tiles and cards, the focus of the game is the gorgeous miniatures. Even with unpainted miniatures, having wave after wave of zombies miniatures converging on the survivors looks great on the table. To enhance your 3D experience, I highly recommend getting the 3D Plastic Doors add-on, which includes 27 doors that replace the door tokens that come in the base game. They make it easier to see exactly where the doors are on the board, plus they easily swing open and shut so you know which doors you have already broken down.

Lastly, this game has tons and tons of replayability. I backed this game on Kickstarter, and if you have ever backed a CMON game, you know that you get more stuff than you can fit in an elephant’s trunk. Although I have a plethora of extra zombies, survivors, and abominations, I have hardly touched them. All of my solo plays have been with the base game components only. And when I am done completing all the quest with the base components, I can replay the scenarios with different survivors, or a different mix of zombie types. With all of these possibilities, you never have to play the same game twice! And if that wasn’t enough, you can find additional scenarios at CMON.com as well as fan-made ones on BoardGameGeek.com.

If it isn’t clear by now, I highly recommend this game. The challenge of completing the quest mixed with the unknown of what awaits me every time I bust down a door, keeps this game coming back to the table for me. So strap on your sword and shield, prepare that spell, and get ready for some zombie killing mayhem with Zombicide: Black Plague. 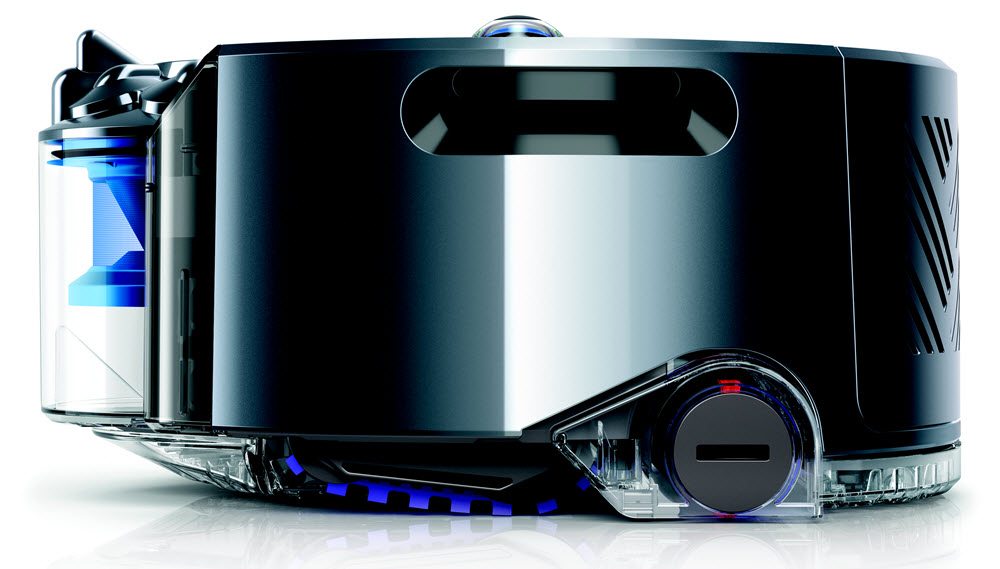 Dyson 360 Eye Is the Winner of the Bot Vac Wars

2 thoughts on “Go Medieval on Some Zombies with ‘Zombicide: Black Plague’”