Ray: It’s time for another round of strange, surreal crossovers between DC’s icons and the characters from the Hanna-Barbera cartoon archives, and this time DC’s given the spotlight to some lesser-known cartoons. Probably the most anticipated one-shot from this lineup is Bryan Hill’s 1970s-set crossover between Black Lightning and the Kung-Fu dog Hong Kong Phooey. Yes, the writer of Michael Cray and Postal is doing a story about a dog martial artist.

Done in the style of a 1970s grindhouse movie, it takes some of the characters from both heroes’ lore and reinvents them in a darker, more dangerous environ. From the start, we see Black Lightning lose a rather brutal fight to Bronze Tiger, Cheshire – and Hong Kong Phooey’s nemesis, the criminal magician Professor Presto. This sends Pierce into the hideout of Hong Kong Phooey, here a secretive martial art master. It turns out the villains are on the trail of the God Fist, a martial arts technique so dangerous that even Phooey fears it. The best part is, no one seems to care that he’s a talking dog.

I know very little about the 1970s and even less about Hong Kong Phooey, so I was flipping back and forth between this comic and Wikipedia quite a few times. I liked that former secretary Rosemary was reinvented as a talented fighter herself, and the battle scenes are excellent. The art team of Cowan and Sienkiewicz are perfect for this issue, giving the story a gritty vibe while also capturing the cartoony vibe at points. There’s very little time to get acquainted with the story, as Hill doesn’t seem interested in introducing us to why there’s a dog who does martial arts – he just is, and now they’re off on an adventure. Great monster appearance near the end of the issue and this story also serves as a nice preview of Hill’s skill in writing Black Lightning. He’s off to a strong start. The backup, featuring Revolutionary War ghost Funky Phantom by Jeff Parker and Scott Kolins, is an overly broad gun control satire but does have a few nice touches about just how incomprehensible our world would be to someone who came back two hundred years after the fact.

Corrina: The Hong Kong Phooey theme song isn’t as memorable as Underdog, but it will catch you up on the character if you’ve never heard of him.

Yep, all you need to know is in that intro. Hong Kong Phooey, #1 superguy. (To be fair, all I remember about that cartoon is the theme song. Underdog was much more memorable to my younger self.)  But that’s okay because the story works if you know nothing of Hong Kong Phooey or his supporting cast because it’s a fine martial arts story with two terrific leads, even if one of them happens to be a dog. (Hey, it’s the DC Universe. There have been stranger pairings. Much stranger.)

Hill once again shows off his storytelling ability and does well with two classic DC villains in Cheshire and Bronze Tiger. (I’m pretty sure his Professor is better than the one in the cartoon too.)

And if that doesn’t convince you, how often do Cowan and Sienkiewicz team-up on art?

All I remember about the Funky Phantom is that I had an old 45 record with an audio adventure. But this is a nice back-up, no knowledge of the obscure cartoon needed. 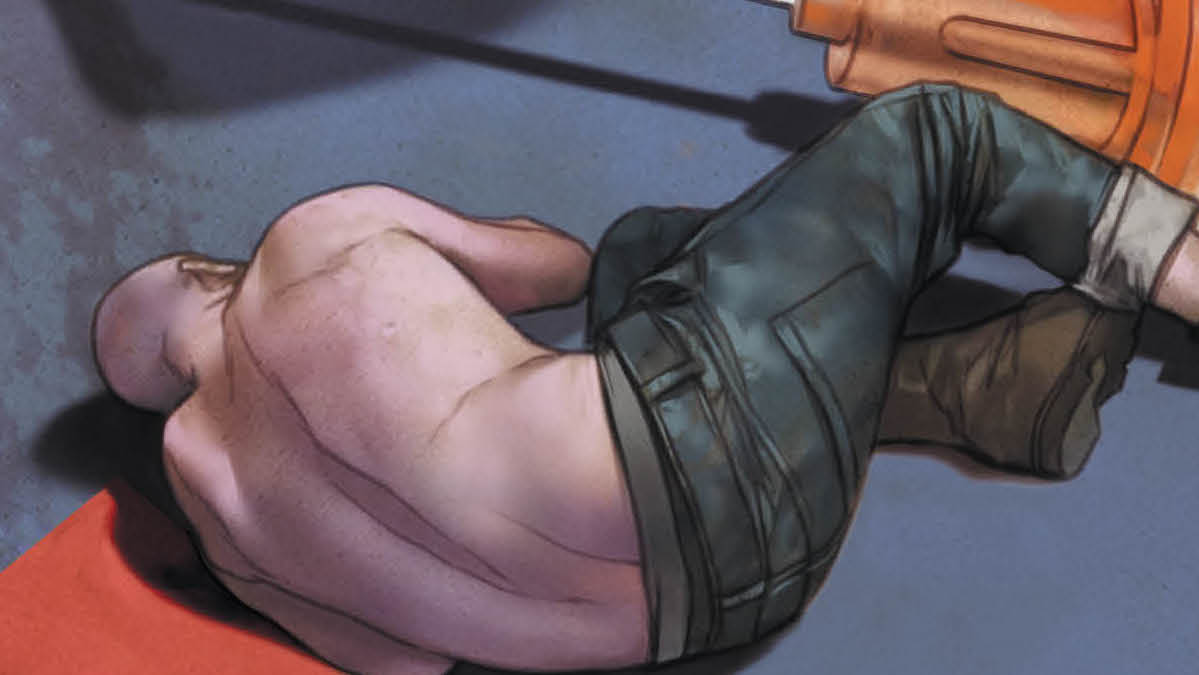