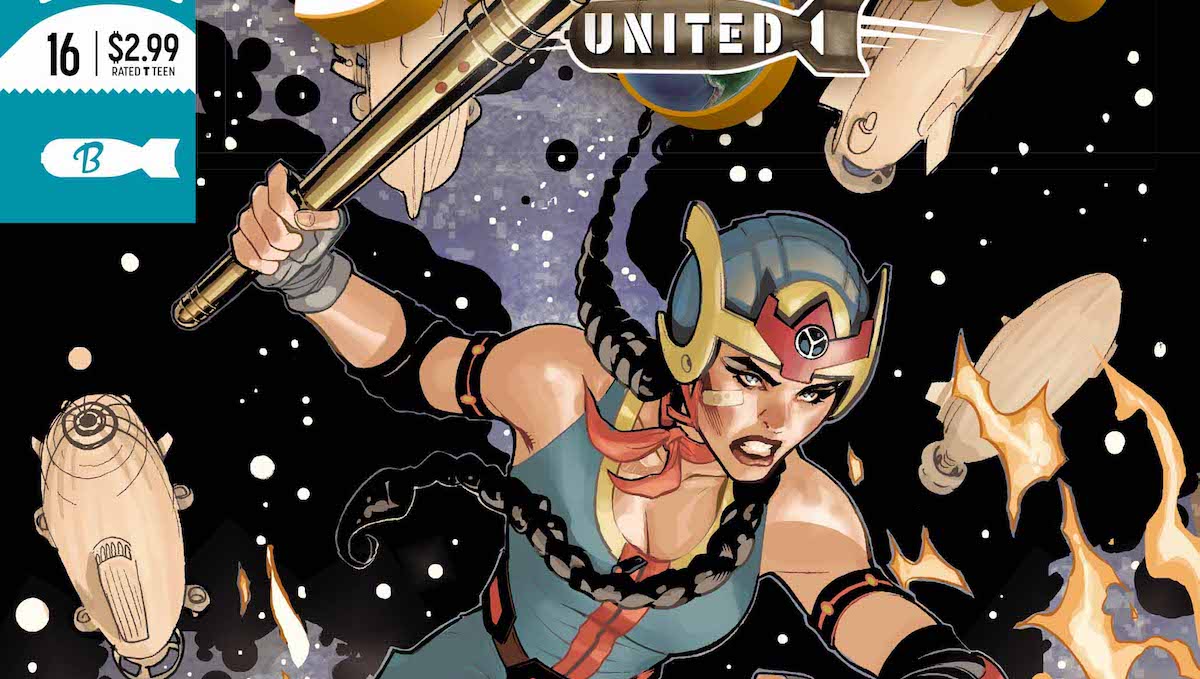 Ray: As this series prepares to enter its final arc, Bombshells United #18 dives full-on into the world of Apokalips, as the evil planet is set up as the Bombshells’ final adversary. As the issue begins, the ragtag team of Black Canary, the Suicide Squad, the Batgirls, and new recruit Bumblebee descend into the volcano where the mysterious signal is coming from and find a cult of worshipers following the twisted song of Edward Nygma. Last we saw Nygma, we saw he was in the thrall of the ancient entity named Rhakontys, which has now reinvented itself as a female songstress leading the bizarre Stepford cult. And they’re all working for none other than Granny Goodness, putting on her best Professor Umbridge routine and sending an army of possessed civilians up against the Bombshells. Every arc of this series has set the heroines up against a truly massive threat, and this issue delivers in spades.

However, in the middle of all this chaos, the title continues to be best recognized by its genuine heart. There’s a lot of nice little touches in this issue, but it’s Big Barda who really steals the show when she shows up to take on Granny Goodness. A flashback shows the roots of her arrival on Earth and her relationship with Doctor Light, and the two-page spread of her arrival is one of artist Sandy Jarrell’s best pieces. After the crystals are shattered and Granny is defeated, she transforms into something far different than human, hinting at the terrifying nature of Apokalips. The resolution that frees the prisoners (including Felicity, Ollie, and Croc) from the signal calls back to the end of Final Crisis and allows Dinah and Karen to shine in the issue’s final pages. Dinah’s reunion with Ollie also delivers more genuine romance between these two than we got in Green Arrow. But Apokalips is right around the corner, and the final arc of this series is likely to be its most intense yet.

Corrina: This title has moved so far beyond its original conception of “Kate Kane is the one who saved Bruce Wayne’s parents,” that sometimes it blows my mind how well it has expanded to encompass the entire DC universe. And now, that includes Darkseid and Granny Goodness. I imagine Darkseid will be the villain for that final arc, which is fitting since he seems to be the villain of the whole DC Universe right now.

But first, this issue, which not only juggles a zillion characters well but gives Bumblebee a key role. The rise of Bumblebee across all the DC properties in the past few years, including her role in DC SuperHero Girls makes me smile and the symbolism of a STEM-based black heroine defeating those who want to corrupt freedom is undeniable.

Bombshells United may be ending but I suspect it will have a long life with sales of collections. 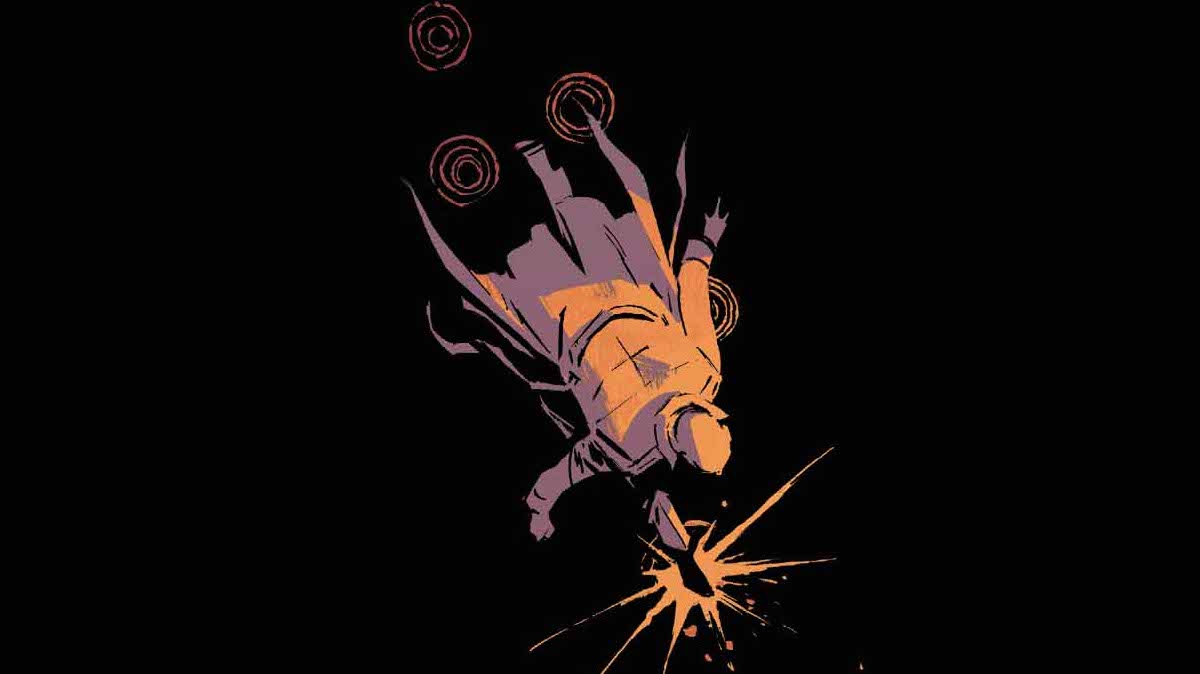 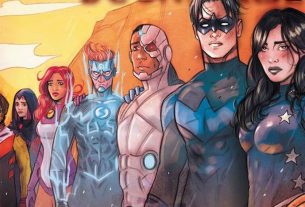