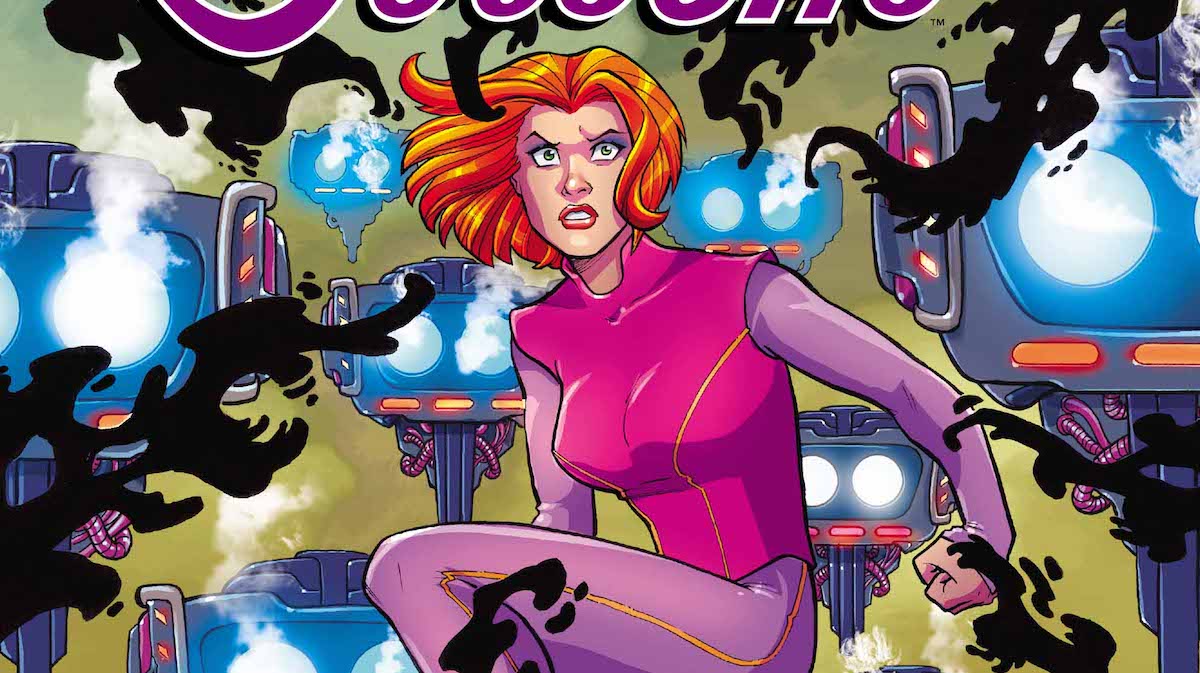 Ray: DC’s most inventive and unpredictable comic in a long time continues to surprise in The Jetsons #4, a comic that delivers some of the biggest emotional punches of any comic I’ve read in a while. Last issue saw Jane spill the beans about the impending destruction of Earth – not just to her own family, but to Lake Cogswell. She tries to explain as best as she can, and urge everyone to keep it to themselves, and while the family understands, Lake is not so cooperative and tells her father – who promptly tells his entire media empire, creating a worldwide panic. There are many stories about the end of the world, but relatively few focus on the reaction of ordinary people as the end approaches. The Jetsons, though, are keeping their focus on survival and thinking their way out of a fix, something complicated by George’s odd new psychic powers.

He got them from the mysterious undersea creature he made contact with the last issue, and that creature factors into some of the issue’s segments, as it proves just how resistant it is to anything on Earth. There’s a lot of interesting subtext about Earth’s past, but honestly, this issue it sort of felt like it was pulling focus from the human drama. A scene with Elroy and Rosie, where they debate the potential future of the human race and concepts of the afterlife, is brilliant, but my favorite segment of the issue was completely unexpected. That was a conversation with George and Mr. Spacely, as the powerful businessman essentially admits that he’s wasted his life in pursuit of wealth and wound up unhappy and unfulfilled. He then provides George with a potential way out for the Jetsons – but one that comes with a terrible price. I would never have expected it, but there are few comics I’m more excited to read in coming months than the conclusion of The Jetsons.

Corrina: So, things look very bleak for our space-era nuclear family, with an asteroid headed to destroy the Earth and an unknown alien underneath the ocean eating all of the tech it can.

Part of me is hopeful that the alien has a solution to the asteroid but the other part of me says this story is so unpredictable that the ending may very well be the Jetsons, without George, being shot into space in a deep sleep, while the original Jetsons television show serves as their fantasy dreams.

Yes, this story could go either way. That’s part of why it’s so compelling. The other part is the depth of characterization for everyone, with George and Mr. Spacely’s conversation, the exchange between Elroy and Lark, and even the conversation with Rosie/Grandma. (Can Rosie go into space? She doesn’t need life support, does she?)

Whatever you thought the Jetsons were, this creative team has taken the basic idea of “family in space” and created something unique. 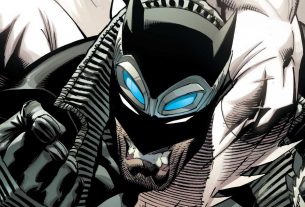 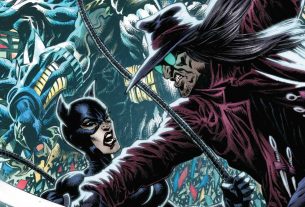