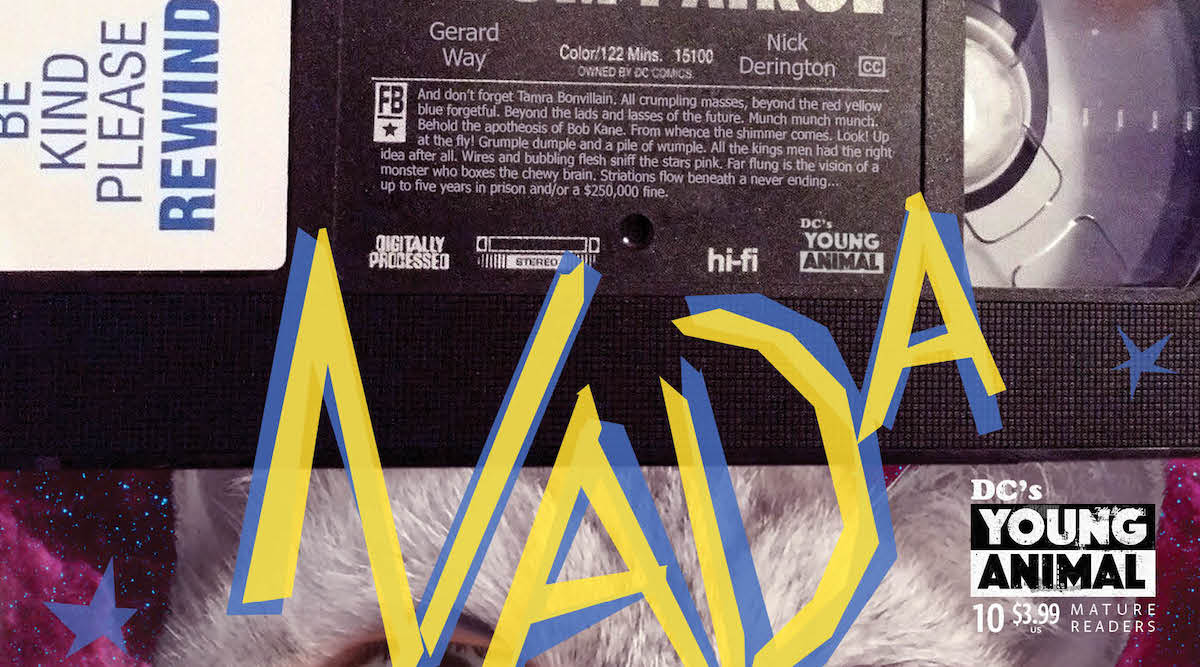 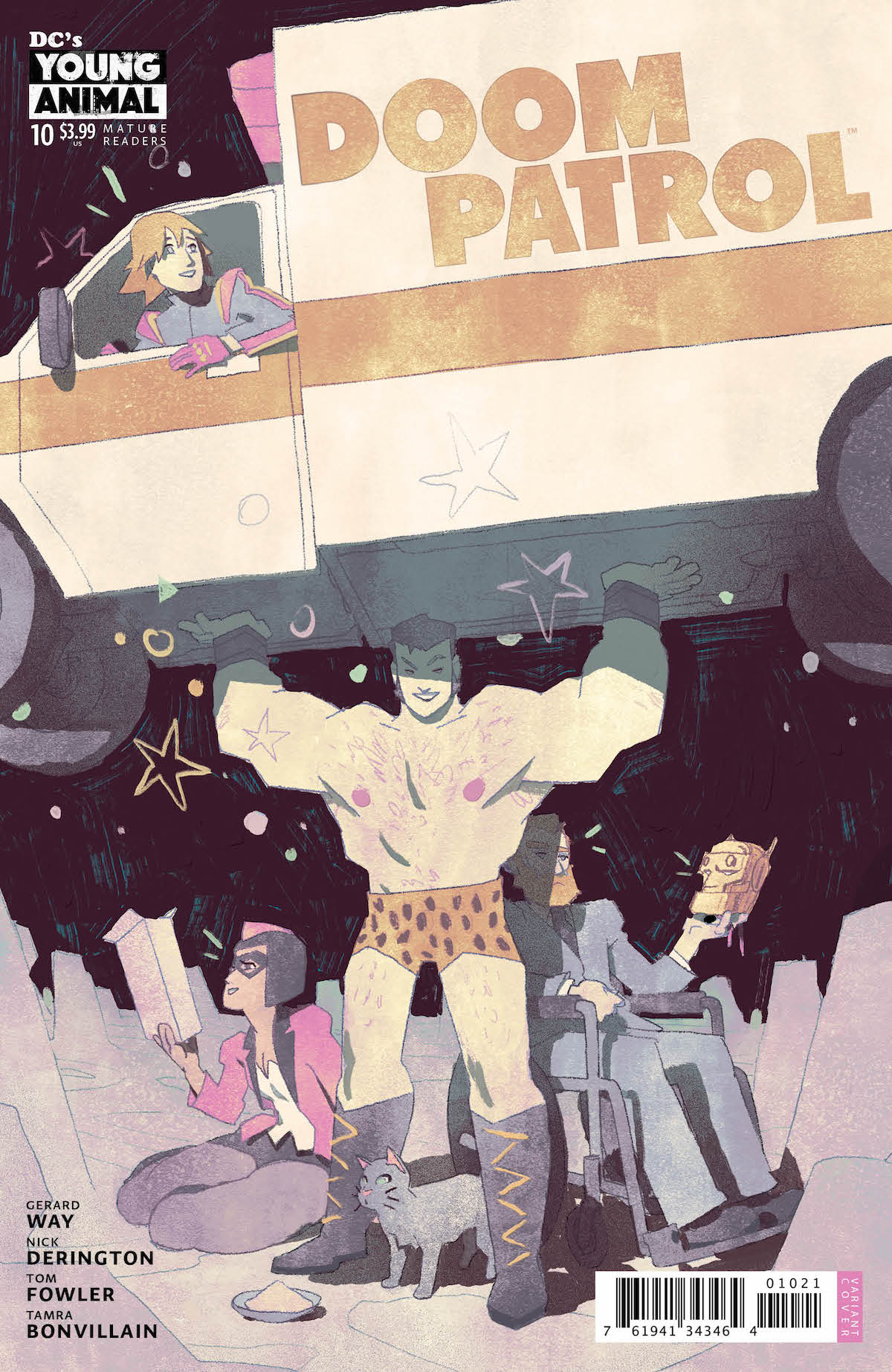 After an extended vacation, Doom Patrol, the flagship book of the Young Animal line returns with Doom Patrol #10 to wrap up its current storyline before the Milk Wars plotline begins next week. And if you like your comics to make you feel like you just inhaled a kaleidoscope filled with the works of a technicolor HP Lovecraft, this is the book for you! From minute one, this book assaults you with bizarre, surreal visuals that are alternately gorgeous, horrific, and confusing. In the opening pages, people everywhere eat the bizarre new foodstuff known as $#!+, and proceed to transform into bizarre, shapeless flying flesh-balls as the mysterious Terry None (daughter of bizarre villain Mr. Nobody) plays deejay nearby. If that doesn’t make sense to you, you’re not alone.

Things only get stranger when the Doom Patrol finish their search for young Lucius and find him in league with the villains, using his powerful magic to unwittingly help them due to his anger over his mother leaving the family and his father being busy. When this series dials back enough to focus on characters, it can actually be very compelling, but it jumps all over the place. The second you think you have a handle on where it’s going, it completely spins you around again. There’s a mysterious, meta villain with designs on Rita Farr (notable character significantly absent from this series), and most strangely, a spontaneous pregnancy that births a cosmic entity into the world that results in a bizarre, multi-page blank segment. Make no mistake, this is a gorgeous comic with some fascinating ideas, but it’s barely a narrative. 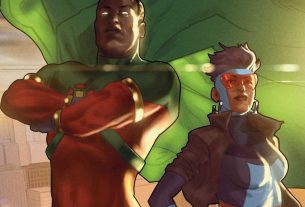 Review – Icon and Rocket: Season One #1 – A Hero Returns

Review – Black Adam: Year of the Villain #1: The Battle for Khandaq