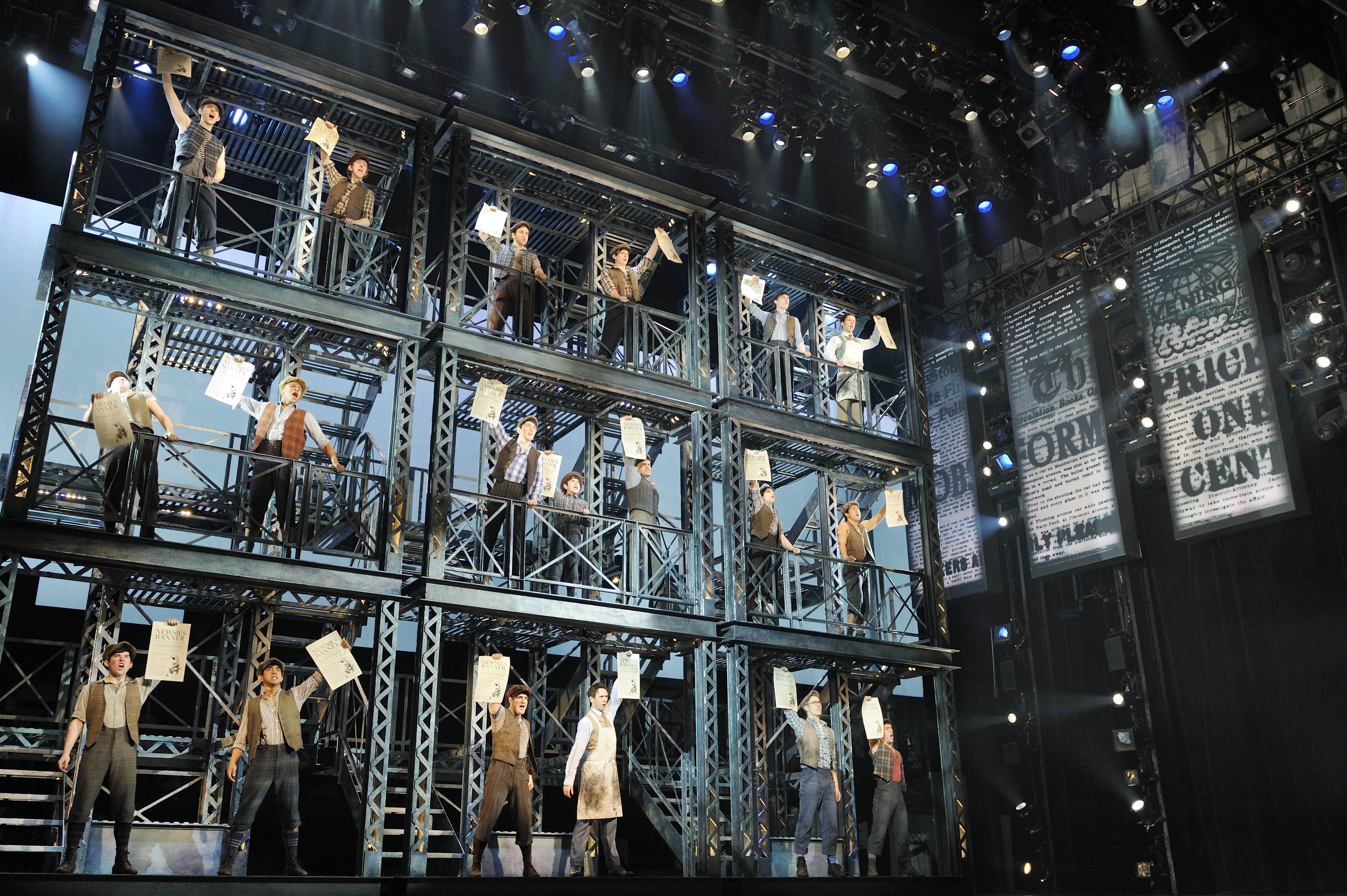 If you’ve not heard about the much anticipated Amazon Original Series If You Give a Mouse a Cookie, you’re in for a treat. Now live on Amazon, this series follows our childhood friends through their fun adventures with a focus on learning, revolving around a cause-and-effect story structure which inspires endless possibilities. Lisa Loeb is a core part of the production, as the performing artist for the official soundtrack.

“If You Give a Mouse a Cookie follows the adventures of Mouse, Oliver, Moose, Pig, Cat, and Dog, as they discover that when you’ve got a curious Mouse for a friend one thing always leads to another, then another, and then another!”

If You Give a Mouse a Cookie is an Amazon Original Preschool Series, which premiered today on Amazon Prime Video. The series is, of course, based on the beloved books by Laura Numeroff, and will be available for Prime members to stream and enjoy using the Amazon Prime Video app for compatible TVs and connected devices, including Amazon Fire TV and mobile devices. This fun series features an original soundtrack by Lisa Loeb and her collaborator Rich Jacques. Starting today, the 8-song soundtrack is exclusively available for streaming on Amazon Music Unlimited and Prime Music, and download via Amazon Music. The executive producers of the show are Numeroff, Bond, and Emmy Award-winning writer Ken Scarborough (Arthur, Sesame Street, Curious George), who also serves as head writer for the show.

Here you can view the Official Trailer on Amazon Kids’ YouTube channel.

As it turns out, Lisa has branched out in many ways. She has developed her own line of eyewear inspired by her iconic style, making it available to ladies and tweens. She has also two other albums titled Feel What You Feel and Lullaby Girl. I had the opportunity to listen to both albums, and I cannot gush enough.

Lullaby Girl features two original songs, and 11 remakes from a wide range of genres, each re-imagined as a lullaby. This album was produced by Lisa Loeb, Larry Goldings, and Rich Jacques. My favorite tracks are the title track, “Lullaby Girl,” and “O-O-H Child.”

Feel What You Feel, however, is an original masterpiece focusing on themes of self-empowerment and a healthy dose of fun. Even as an adult, I find this album inspiring and heart-warming. I’ve found myself listening to tracks like “It’s All Right To Cry,” “You Can Count On Me,” and “Say Hello,” even when the kids are nowhere to be found.

As part of our preview, we were able to interview Lisa Loeb! It wasn’t easy to narrow down my dozens of questions, but I endeavored to cover the highlights.

GeekDad: Did you read If You Give a Mouse a Cookie to your kids?

Lisa Loeb: I love reading Laura Numeroff’s If You Give a Mouse a Cookie to my kids! We also love the other books written in the same series: Moose/Muffin, Cat/Cupcake, Pig/Pancake , etc. They’re so much fun.

GD: Did you ever imagine you’d get to see it turned into a show, much less to be a part of making that happen?

LL: I never imagined that I’d be able to be a part of a show about a book series we love so much.

GD: I have to assume you have had the chance to watch the show or review the script, considering your role in the process. Do you have a favorite episode for our readers to look forward to?

LL: I think I will like the episode where they open a store. I actually haven’t seen any of the episodes, but I know the themes of each one, since each song is specific to each episode!

GD: Which character surprised you the most, and why?

LL: I haven’t seen the show yet, so I don’t really know. From what I can tell from the script, I really like Moose.

GD: Can you tell me a bit about working on the soundtrack with Amazon?

LL: I first wrote all of the songs with my collaborator, Rich Jacques, who I’ve been working with a great deal over the last five years. We’ve made three entire albums for Amazon, including Nursery Rhyme Parade! (over 30 traditional nursery rhymes,) Feel What U Feel (a collection of mostly originals), and most recently Lullaby Girl. We’ve also done a number of special projects too. We worked with the writers from the TV series who wrote most of the lyrics. The songs were written for the characters in the show to sing and then we lengthened some of the songs to proper song length and I performed the songs for the collection which is the soundtrack.

GD: Did you enjoy the process?

LL: I loved the collaborative process. We worked with great executives at Amazon as well as a really knowledgeable music supervisor. We laughed a lot and also tried to find melodies and a cool production style that really told the stories of the songs.

GD: Are you going to do more seasons with Amazon?

LL: I hope so! The second part of the series will come out next year, and then we’ll find out after that.

GD: The variety of songs on Lullaby Girl are an interesting and, honestly, surprising mix. With 11 remakes, how did you choose the enormous range of songs?

LL: We were looking for songs that made sense thematically, whether with lyrics, like “Be My Baby” and “O-Oh Child,” or nighttime themes like “Dream a Little Dream,” and “Tomorrow” from Annie the musical, or actual lullabies like “All the Pretty Little Horses.” My collaborators, Rich Jacques and Larry Goldings, also chose some of their favorites. We wanted the songs to span many eras so that the feel of the album would be very different from song to song, even though we were working in a narrow theme.

GD: The songs from Feel What U Feel are wonderfully empowering, even to me, as an adult. How much of this particular album is inspired by your son and daughter?

LL: This album was inspired by being a parent and realizing how important it is to spread positive values and messages within songs. I do a lot of live performances and I find that songs with messages really resonate with the people listening. I wanted more of those kinds of songs. Also, these are stories that resonate with all ages.

GD: I was really surprised to learn you designed your own line of glasses. Despite my surprise, I’ve always been a fan of your iconic style, as has my wife. In fact, her response (upon finding out there were Lisa Loeb glasses on the market) was, “Well, I know where I’m getting my next pair of glasses.” What sparked your interest in designing your own line?

LL: People always stop me on the street and tell me they like my eyewear style, and women tell me that I empowered them to wear their own glasses and feel pretty and confident. I am also obsessed with glasses and wanted selfishly to create more glasses within my own style. I also have tween frames at Costco, which are also perfect for petite women. You can get these frames at various optical shops and from Costco, and you can view the new styles here.

GD: Finally: What would you do if I gave *you* a cookie?

As you can see, Lisa’s sense of whimsy has only grown as a mother, which is something which can be hard for any parent. We are happy to see her latest creative works continue to blast off for the next generation, and cannot wait to see what she has in store for us next. With If You Give a Mouse a Cookie now available on Amazon, along with the soundtrack, you can bring Mouse and friends home for your kids to enjoy.

My thanks, again, to Lisa for her time. Enjoy the new show and music, folks!

Note: Some of Lisa’s music was provided for the purposes of this post. 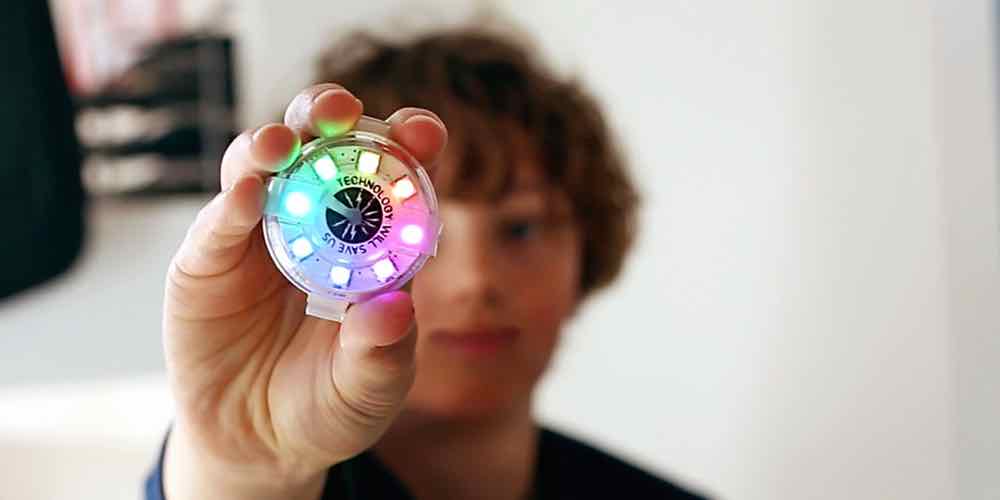 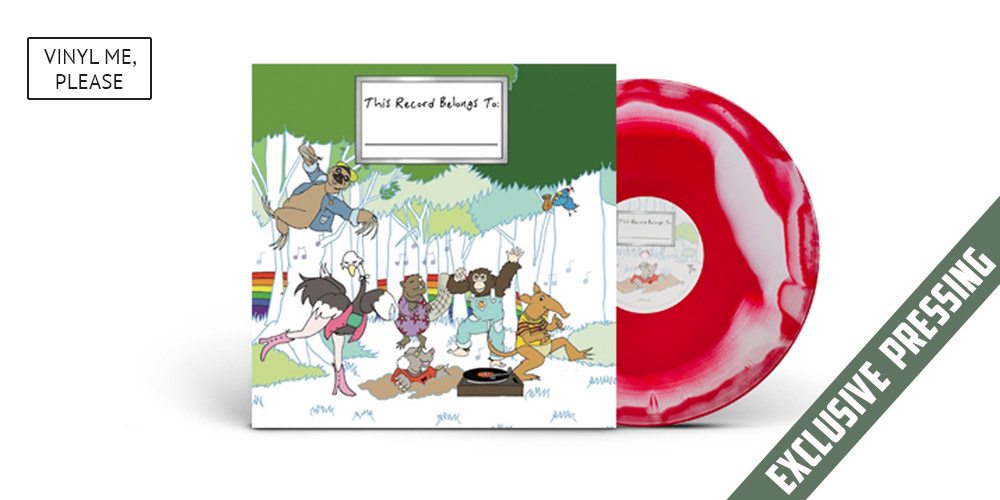 Kid-Friendly Vinyl Album ‘This Record Belongs To…’ Deserves a Spin