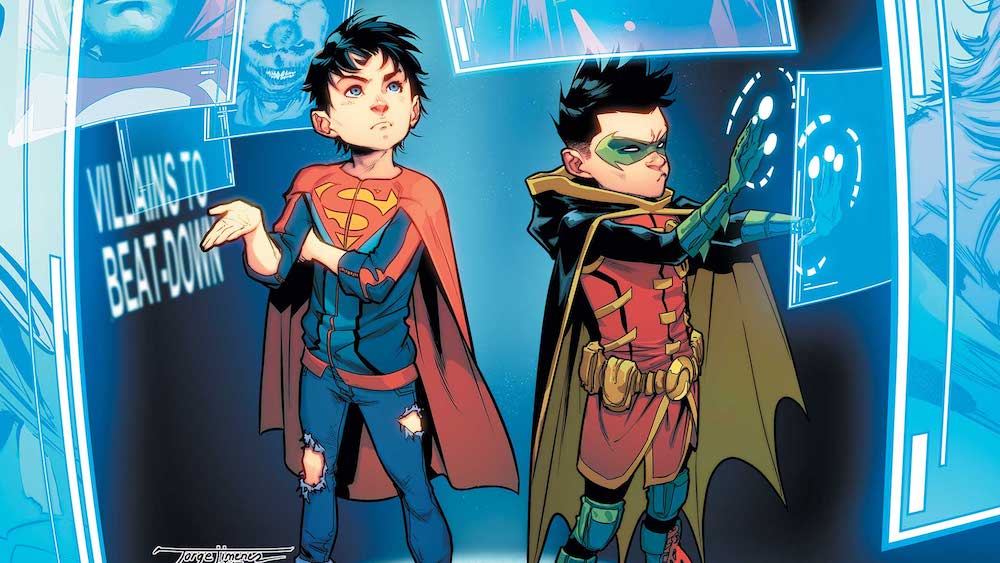 Ray: This series didn’t win me over with the last few issues, but this charming done-in-one issue is easily the best of the series and is the first to really bond the boys as a team – as well as to set up some interesting status quo changes for the series. Tomasi has written both Batman and Superman extensively, so their guest-starring roles in the series are both well-done. And I love them essentially playing good-dad, grumpy-dad. The issue kicks off with Jon testing out his new flying ability as his father and the Waynes watch (and Damian seems more Mr. Burns-esque by the day). After a ride through the country and a brief sojourn to Gotham to fight some crime, the issue takes a brief serious trip to the future as Damian – the Batman of the future – is revealed to be alive and likely a future antagonist for this series.

But that’s just a brief diversion in what’s easily the most fun issue of the series. After the day’s adventure, Jon and Damian are woken up by their fathers and taken to their new lair (which Jon has nicknamed “The Fortress of Attitude” because he’s ten and a dork). This is spoiled by the cover, something DC really needs to stop doing. I saw most of this coming, but what I didn’t see coming is the reveal that as of next issue, Jon and Damian will be attending school together at a new private school in Metropolis (named the West-Reeve school, nice touch). Although I kind of wish this was Gotham Academy, where we got our first taste of Damian in a school setting, this has the potential to be a blast, and if this series keeps its current quality, we’re in for a fun time.

Corrina: The tone of this series has veered all over the place, from cute to weirdly grim, and then to fantastical, and then back a little bit more to focus on Jon & Damian’s friendship. If a reader bought this as their first issue, they might be doing better than having started with #1 because this story so clearly sets up a perfect status quo.

New HQ. New cooperation between the parents. Fine dialogue between Clark and Bruce. And, finally, what seems to be a cemented friendship between the boys. Plus, the promise of school, which could bring in a whole new supporting cast. (Though, Bruce, setting Damian loose in a regular school might not be the best idea…..) 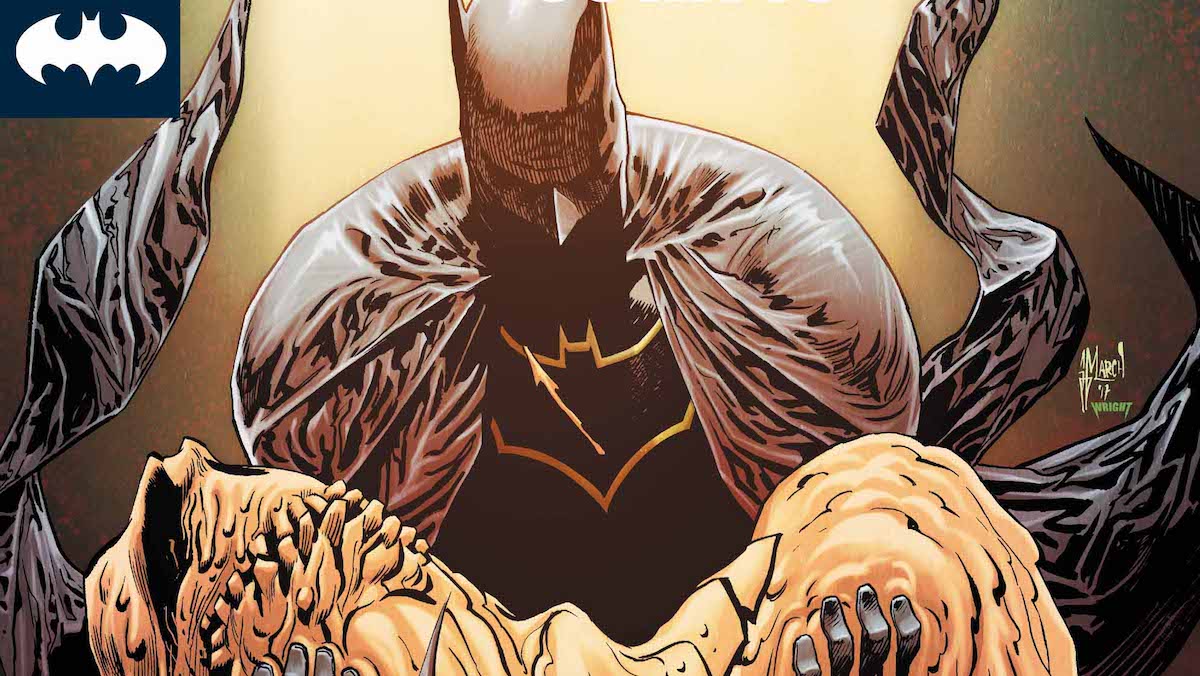