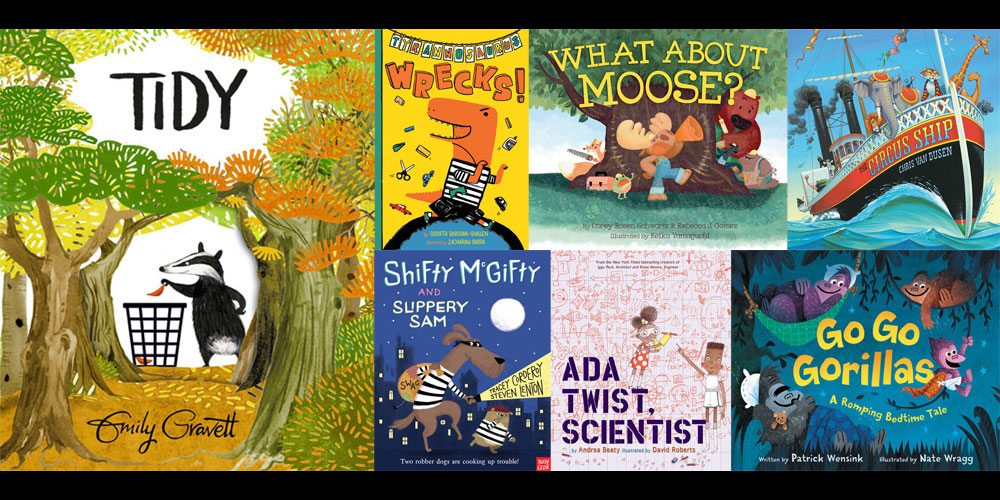 Today’s Stack Overflow is curated by Patrick Wensink. Wensink is the bestselling author of five novels for grownups. His most recent book is the celebrated children’s picture book, Go Go Gorillas. His work appears in New York Times, Esquire, Oxford American and others. He lives in Portland, Oregon, with his wife and son and fragile ego. For more, visit www.patrickwensink.com.

Rhyming books can be painful for dads.

Reading out loud to your kid should, and often is, one of the biggest joys of parenthood. But some households don’t consider rhyming books one of those joys. Maybe it’s the fluffy poetic stanzas or maybe it’s how they sound clunky when read aloud, but rhyming books are often the first to get the axe.

Not so fast. You don’t have to give up on rhyming books! In fact, there are several titles that can transform you from family mumble-mouth to Resident Run DMC. That’s because there are tons of rhymers out there that are exactly what cool, hip, mumbling moms and dads like us need during tuck-in time.

Here are seven rhyming children’s books that are anything but cutesy and filled with rhymes that totally rock. 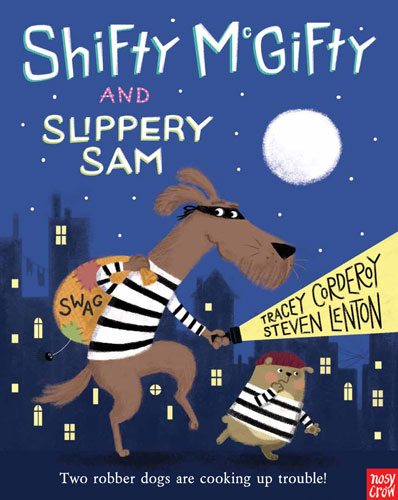 A kid’s book about con artists and robbery? You have my attention.

This heist caper is sort of Ocean’s 11 for preschoolers. These two dogs, McGifty and Sam, are by far the world’s worst cat burglars. This less-than-dynamic duo make a big plan to rob the entire neighborhood blind, but their inevitable screw-up leads to a brilliant ending. Consider this a perfect primer to introduce your young one to the world of anti-heroes.

“You’re right,” muttered Sam. “We are bad at this job!
“Think of the places we just couldn’t rob…
“The bank and the butcher’s, the paper shop too.
“The bookshop, the bike shop and even the zoo.” 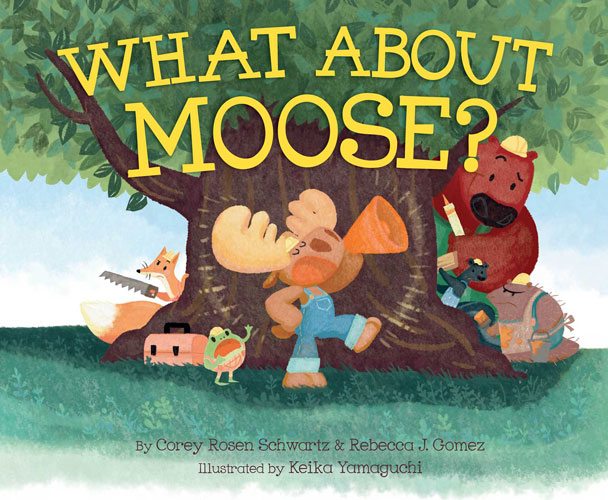 Moose would make a fine politician: he is a headstrong know-it-all hellbent on getting everyone to follow his orders. Instead of building a nation, this bullhorn wielding woodland creature is constructing a treehouse. Easy enough, except Moose’s comeuppance is very un-political in that he actually learns a lesson about boorish behavior. This one is filled with brilliantly complex rhymes revolving around construction work and poking fun at Moose’s alpha male idiocy.

He spotted and jotted down all imperfections,
While marching around doing careful inspections.
“Skunk, put your back into lifting those poles.”
“Porcupine, watch it! You’re poking small holes.”
“The floor and the door should be just a bit straighter.”
Then porcupine mumbled, “Who made him dictator?” 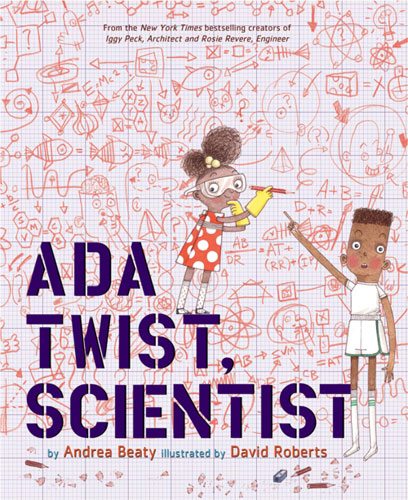 Young Ada is a budding scientist with an endless curiosity. However, this thirst for knowledge means she makes a lot of mistakes…and some massive messes. Through a lot of (legitimately funny) trial and error, Ada and her family answer some burning questions for kids. This book does a brilliant job of telling junior PhDs (and frustrated parents) that messes and mistakes are okay because those are the eggs that every scientist must break on the way to making a discovery omelet.

Her parents kept up with their high-flying kid,
Whose questions and chaos both grew as she did.
Even Miss Greer found her hands were quite full,
When young Ada’s chaos wreaked havoc at school.
But this much was clear about Miss Ada Twist:
She had all the traits of a great scientist. 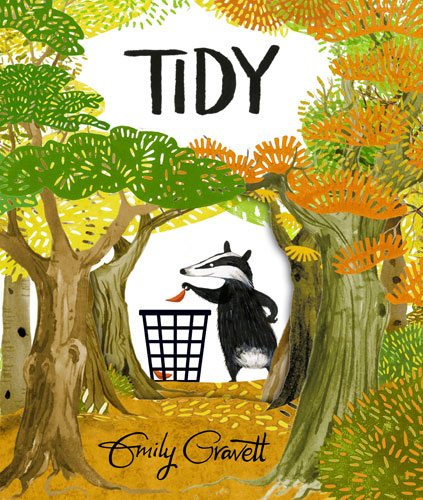 It’s your typical nature story: An OCD badger gets fed up with cleaning the leaves in the forest, so he levels the whole place with a bulldozer. He leaves behind a few hundred acres of Grade-A parking lot in his path. Once everything is spic and span, however, the Badger begins to regret his decision. This surprisingly hilarious tale of ecological disaster has become a bedtime favorite at my house.

I’m hungry, he thought. I deserve a treat.
So he hunted around for something to eat.
But the beetles and worms that he usually found
Were under the concrete, deep in the ground. 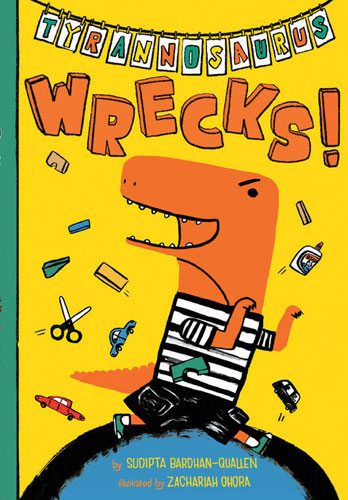 This is the simplest book of the bunch because this T-Rex tale is definitely aimed at early preschoolers. That’s good because like early preschoolers the main dinosaur in this story can’t sit still. This junior rex wreaks havoc on his classroom by messing up everyone else’s work as if it were a G-rated Jurassic Park. Even with a sweet message in the closing pages, there’s still enough smashing, crashing fun to keep dad and lad (or lass) happy. 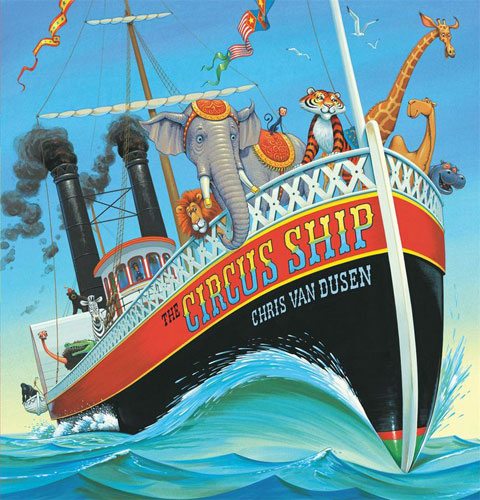 Van Dusen’s whimsical tale of maritime disaster is, oddly, based on a true story. When a boatload of circus animals wash up on a Maine shoreline, the locals eventually warm up to the idea of having giraffes and lions and alligators roaming the streets. When the evil circus boss returns to collect his creatures the town goes to great lengths to hide them (Think two kids in a trench coat, only furry and fanged). Van Dusen’s warped sense of humor and winding rhythm make turn this into 32 pages of read-aloud gold.

Mr. Hood was stacking wood and nearly jumped a mile
When he found the alligator sleeping on his pile.
And Mrs. Dottie Dailey who grew daisies by the bunch,
Discovered that the zebra had been eating them for lunch. 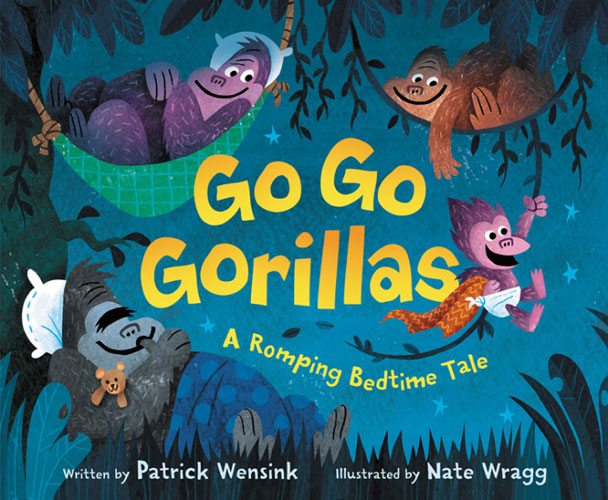 Full disclosure: I wrote this book. (I am shameless like that.)

I wrote this story because I am just like you: I hated most of the rhyming books I read to my son. I wrote it because I wanted something that felt fun to read aloud. I wrote it because there weren’t enough books about gorillas dancing “the robot.” Go Go Gorillas answers that old question: why are gorillas always sleeping when you see them at the zoo? It’s because they stay up all night having top secret dance parties.

For a minute or more it might look like they’re sleeping.
But soon they’re unleashing the secret they’re keeping.
Slowly and slyly each slips from a bunk.
Baby picks records of reggae and funk.
This trend catches on as their toes give a wiggle.
Their arms loosen up and their hips start to jiggle. 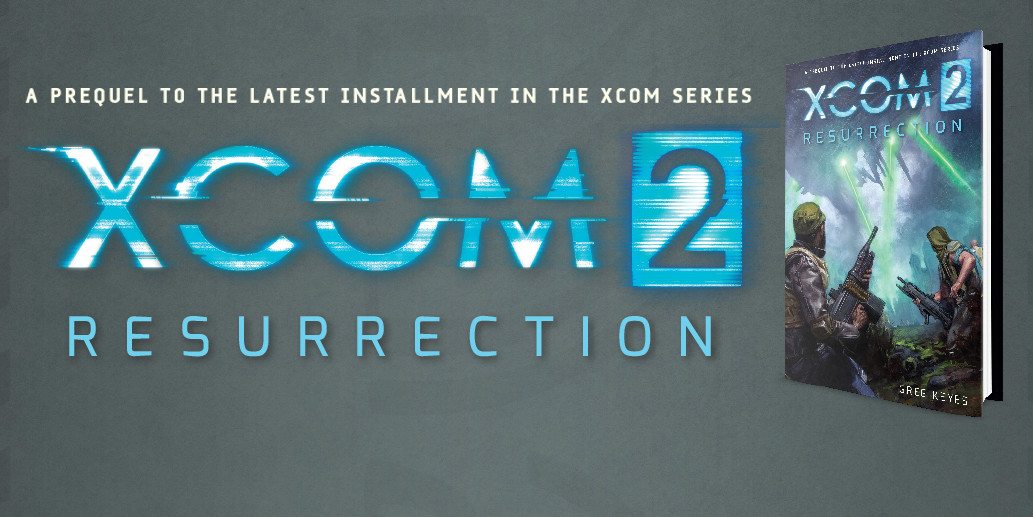 Between XCOM and XCOM 2: ‘XCOM 2: Resurrection’ Fills In The Details 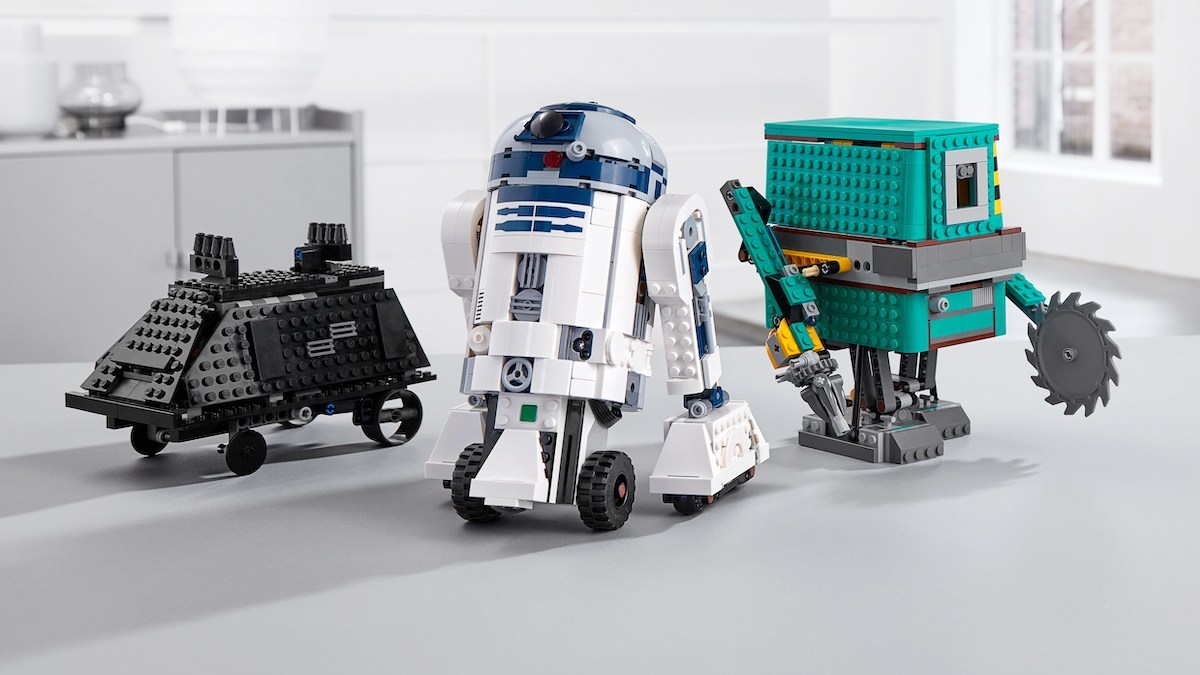