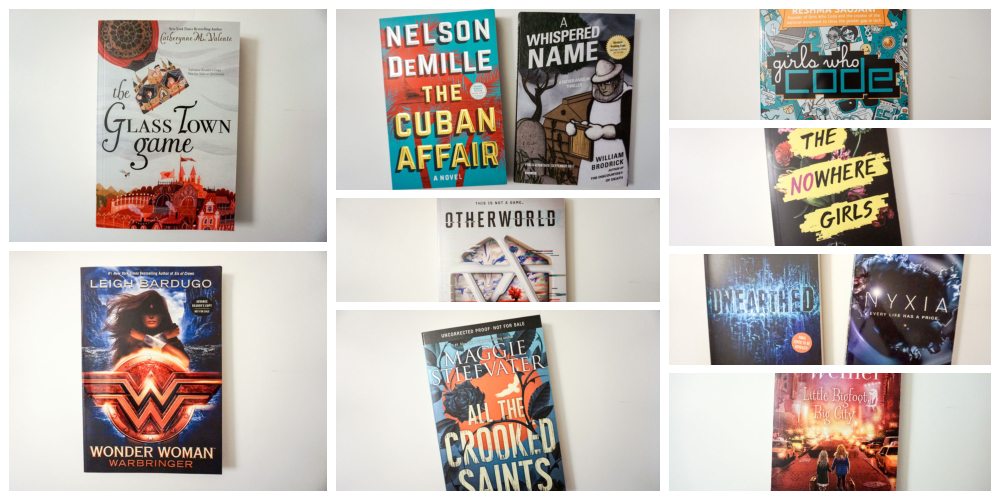 Last month publishers, booksellers, librarians, authors, and press gathered in New York City for the annual Book Expo America, a trade show celebrating all the soon-to-be-published books of the coming year. It’s my favorite event of the year, and one I’ve attended for almost a decade (as a librarian, now as a GeekMom).

There were so many great titles this year, but this is the stack I’m most excited for in my own reading pile.

I stood in line for well over an hour with a horde of excited readers for Leigh Bardugo’s book signing. She signed Wonder Woman Warbringer the same day Wonder Woman arrived in theaters, and a day before Wonder Woman Day. There was such a great vibe in the air, with at least a hundred of us in a festive, celebratory mood seeing so much love for the princess of Themyscira. Bardugo is a powerhouse in YA fantasy, and I can’t wait to see what she does with a YA take on Diana’s origin story. This one hits the shelves August 29th.

Reshma Saujani was on hand to sign copies of her first book, Girls Who Code, inspired by her organization of the same name. This one is full of great illustrations, stories of women who code for NASA, and accessible breakdowns of coding language and principles. I’m holding on to this one for when my five-year-old daughter gets a little older, and I hope this book gets a lot of love when it arrives on August 22nd.

The Glass Town Game, a hefty middle grade novel from Catherynne M. Valente, imagines the Bronte sisters as young girls in Yorkshire who create a fantasy world. Then one day when they’re headed for a terrible fate, they find out their fantasy world is real. I love, love, love a whimsical British period novel for kids, so I’m excited for this one. It arrives September 5th.

Two series mystery/thrillers stood out for me this year, Nelson DeMille’s The Cuban Affair and William Brodrick’s A Whispered Name. Both will be released on September 19th. DeMille has written some great thrillers, and he’s introducing a new character for a new series, Mac MacCormick, an army vet turned charter boat captain. From the title, you can imagine what happens here. He gets embroiled in intrigue and has just the right skill set to save the day. I love books like this, or the Jack Reacher series, so this one is on my list.

The Overlook Press is reissuing some of William Brodrick’s Father Anselm mysteries, and A Whispered Name was on display at Book Expo. It was originally published in 2009, one of a series of six books about the mystery-solving Father Anselm that Brodrick wrote (he was a friar himself). Some of them are pretty hard to find, but it looks like they will all be getting a reissue soon.

Jason Segel (How I Met Your Mother) is a great writer; he wrote The Muppets. He’s cowritten a YA scifi novel with Kirsten Miller, who wrote the Kiki Strike books and also cowrote the middle grade Nightmares! series with Segel. Otherworld imagines a future where technology has taken over life and everyone spends their time playing a video game that blurs reality. The “in a world where technology has taken over” trope is a little tired, but I’m excited to see what they do here. Especially since I’ve seen it compared to Black Mirror and Westworld. This one gets released on Halloween.

Two scifi books getting some good promotion at Book Expo were Unearthed and Nyxia. Unearthed is published by Disney-Hyperion, and Amie Kaufman and Meagan Spooner have each had really successful YA series. This one features a mysterious message to Earth from an alien race thought to be extinct, so it’s basically a YA take on Aliens. I’m just really excited to see YA moving more towards science fiction, and away from dystopian futures and werewolves. It isn’t released until January 9, 2018.

Nyxia, by Scott Reintgen, is another YA scifi, the first in a planned trilogy. Teen Emmett Atwater leaves Earth on a mining ship, hoping to earn money to support his family, and discovers he’s actually competing with other troubled kids for the chance to mine Nyxia, an incredibly valuable spacey substance. Secrets, conspiracies, and danger follow. This one feels like it could end up as The Maze Runner in space, but I like the idea enough to give it a shot. It arrives in bookstores on September 12th.

Jennifer Weiner’s Little Bigfoot, Big City is a sequel to her beloved middle grade book The Littlest Bigfoot. It’s the second in a planned trilogy, and this time friends Millie and Alice, who aren’t like most other kids, head to New York City looking for stardom and a chance to break from their families’ expectations. This sweet book hits shelves on Halloween. 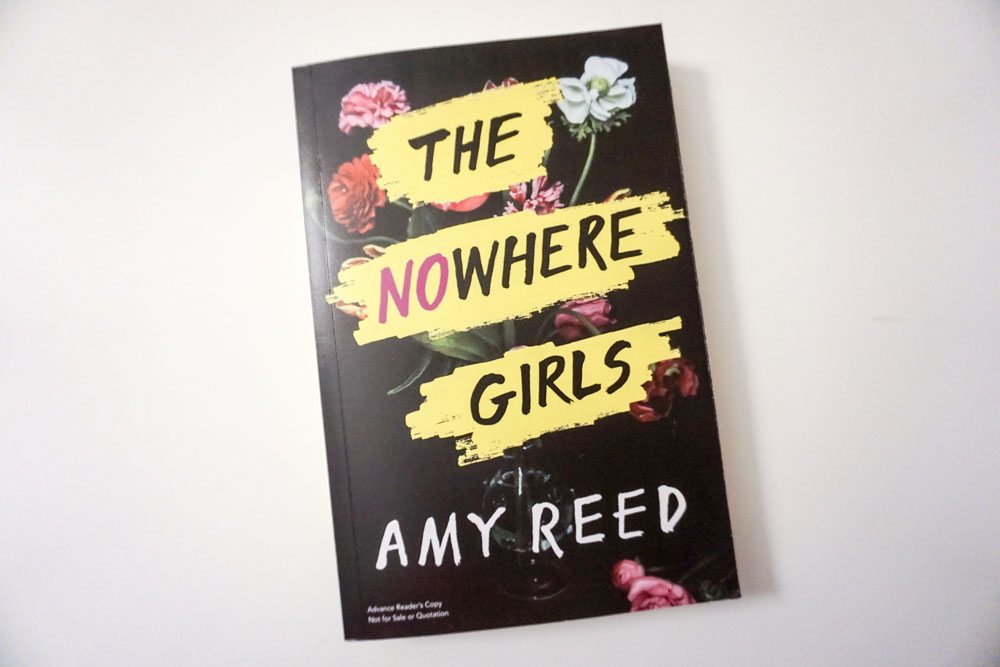 Amy Reed’s The Nowhere Girls sounds gut-wrenching. Three outcast girls find out about another girl who was run out of their town after being gang-raped by their high school classmates. So they make a secret plan to avenge this girl they don’t really know and change rape culture at their school. I think this one will be a tough read, but so important in 2017. It’s released on October 10th.

Maggie Stiefvater is just incredible; I have loved her work since Shiver. Her newest book, All the Crooked Saints, sounds eerie and mysterious and like complete perfection for the fall. This sounds like the kind of book I want to read when summer is over. The blurb just promises miracles, owls, roses, a mysterious town, three cousins who want to change their lives. Love it. This one will be released on October 10th.

Correction: A previous version of this post listed one of the authors as deceased, but they are all very much alive. 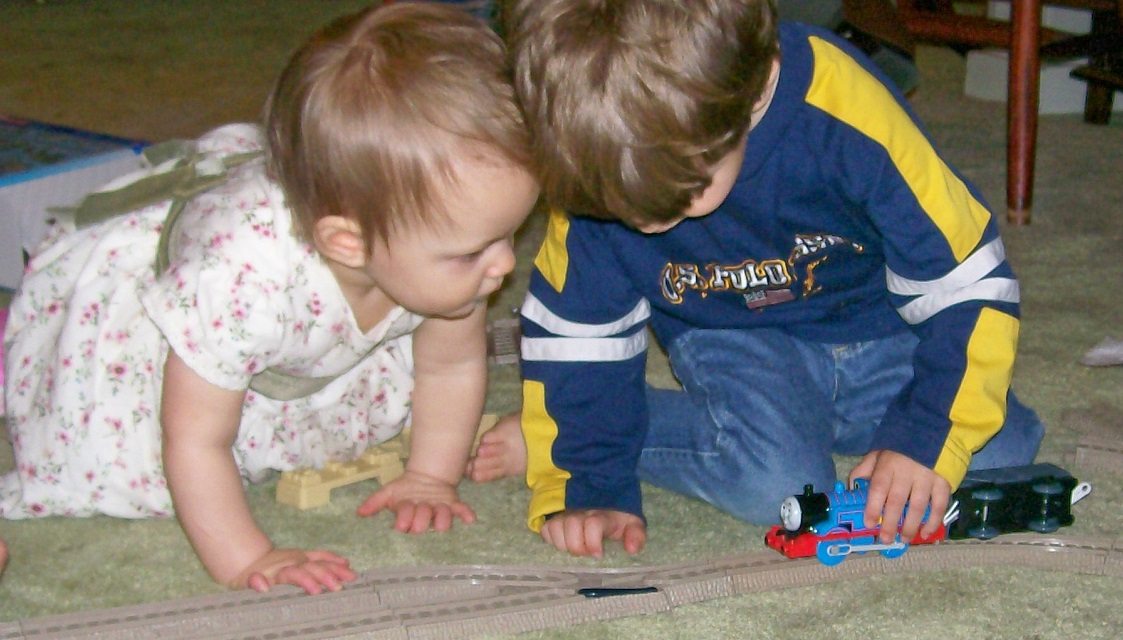 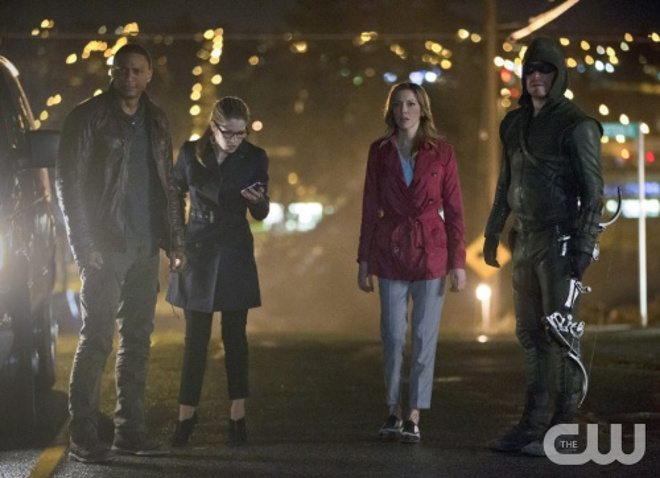 GeekMom and Kodak Giveaway: Thanks and Congrats to Our Winners!