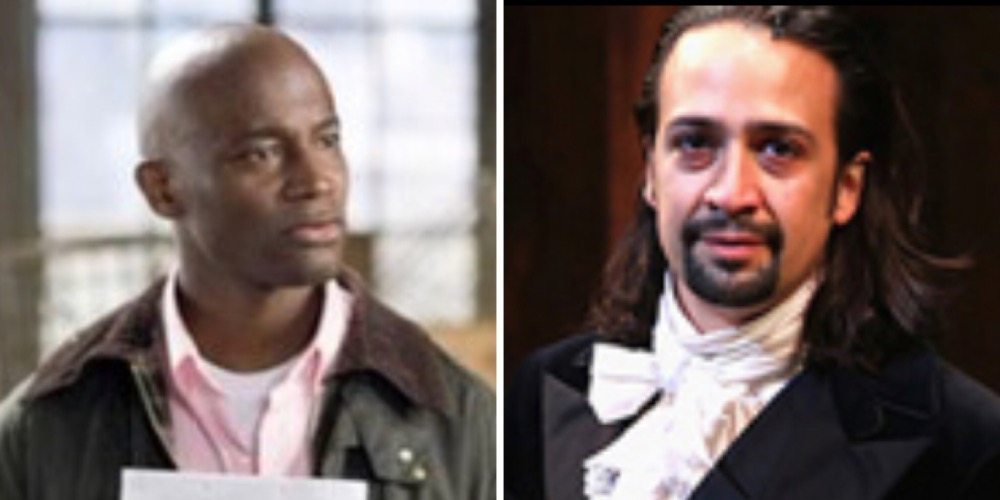 Like every other ’90s kid, including, but not limited to, the majority of the cast of Hamilton: The Musical, I grew up surrounded by Rent. In my late teens, I had no comprehension of the musical itself, just a vague knowledge that it was energizing my generation. In 1999 when I visited London, I wanted to see a West End performance. Ironically, Rent was the only one with tickets available. Sitting in the theater, by this time age 21 and on the verge of a job in corporate America, the themes of freedom and rebellion in Rent spoke to my very soul. Here were young men and women my age categorically flipping the bird to the life of work upon which I was about to embark. I remember blasting “What You Own” from the radio of my 1994 Ford Tempo and singing at the top of my lungs.

Hamilton: The Musical resonates with a new generation of youth in much the same way that Rent appealed to young people of my youth. In fact, its fandom brings together a multigenerational audience in a way that Rent didn’t. Those themes of freedom and rebellion again rise up. In the same way that I used to blast and belt “What You Own,” I now blast and belt “Non-Stop.” These shared themes, and Mr. Miranda’s admissions that he was inspired by Rent in his youth, make comparison between the two inevitable.

As I listened to Hamilton, I cogitated on the similarities and differences between Hamilton and Rent. Something underlying the two wasn’t quite clear in my mind, but I knew that it was there. It was that foggy feeling like you can see the idea in the way distance but can’t make out the exact form it will take. Admittedly, in my *cough* late *cough* 30s, the defenses of Benny the villain feel far more appealing than the heroics of a bunch of layabout artists.

Then, one day, while driving and listening to Hamilton, I suddenly saw through the fog.

Alexander Hamilton is the hero Benjamin Coffin III could have been had he been written today.

Let’s just start with the vague summaries of both characters before we dive into the lake of the textual analyses (or in this case song lyrics) to prove the theory. Alexander and Benny are both businessmen who marry for love as well as social advancement. They are detested by their adversaries. They are strong willed and self-confident, again something that their adversaries find to be a character flaw. Both outline clear plans that support their goals and would prove successful.

If you’re anything like me, these comparisons kind of blow us all away. I mean, they did for me.

Married for social standing and power:

Mark:
Close up, Benjamin Coffin III. Our ex-roommate, who married Alison Grey, of the Westport
Greys – then bought our building and the lot next door from his father-in-law, in hopes of starting
a cyber-studio.

Burr:
A winter’s ball
And the Schuyler sisters are the envy of all
Yo, if you can marry a sister, you’re rich, son

Off putting sense of self-confidence:

Collins:
What brings a Mogul in his own mind to the Life Cafe?

Burr:
Why do you assume you’re the smartest in the room?
Soon that attitude may be your doom!

Belief in the importance of standing for something:

Benny:
Draw a line in the sand
And then make a stand

Hamilton:
If you stand for nothing, Burr, what’ll you fall for?

Benny:
You’ll see – the beauty of a studio
That lets us do our work and get paid
With condos on the top
Whose rent keeps open our shop

Hamilton:
How do you not get it? If we’re aggressive and competitive
The union gets a boost. You’d rather give it a sedative?
A civics lesson from a slaver. Hey neighbor
Your debts are paid cuz you don’t pay for labor.

Recognizing success engenders distaste from others:

Benny:
You want to produce films and write song?
You need somewhere to do it!
It’s what we used to dream about
Think twice before you pooh-pooh it

Plans disdained by others:

Benny:
They make fun -Yet I am the one
Attempting to do some good
Or do you really want a neighborhood
Where people p**s on your stoop every night?

Hamilton:
Thomas. That was a real nice declaration
Welcome to the present, we’re running a real nation
Would like to join us, or stay mellow
Doin’ whatever the hell it is you do in Monticello?

Plans are hated not on merits but for other, personal reasons:

Benny:
Maureen is protesting
Losing her performance space
Not my attitude

Hamilton:
But they don’t have a plan, they just hate mine.

Art acts as both a representation of and reflection for society’s beliefs at any given time. In the 1990s post-Reagan era, the backlash against the yuppie 1980s culture led to Benny’s demonization. Despite Benny’s altruistic protestations, Mark, Roger, and crew refuse to accept his offers because he represents consumerism and capitalism. Benny stands as a 1990s metaphor for the evils of corporate America and the military industrial complex that ignored marginalized groups (homosexual, homeless, HIV-positive). Making Benny the foil to the perceived heroic notions of the artists’ colony sets him narratively as wrong. Despite Benny sending Mimi to a hospital on his own dime, the artists still claim that he is untrustworthy.

Hamilton also represents the military industrial complex as both a military officer and Treasury Secretary who believed in economic diversification by incorporating agricultural and manufacturing equally. Despite our modern day anti-Corporate America narrative, no other Founding Father was so entrenched in the ideals of capitalism. Lionizing Alexander Hamilton and lauding him as a hero repositions that narrative. Alexander Hamilton was a businessman first and foremost. Most interestingly, despite the amount of invective that the media throws at the ephemeral behemoth of “Wall Street,” the man who created it has been reinvented as a hero through the musical. Placing Alexander Hamilton as the scrappy immigrant hero embodying the American Dream creates a sense of capitalism as a positive and necessary component to American liberty and freedom.

The transition from Benny the Demon to Alexander the Lion is important. Both are young men who believed in the powers of capitalism. Both are young men who embody adherence to “The System.” Both worked within The System to gain power, money, and influence. Benny is treated as a sellout for working within those societal confines. Alexander is seen as a hero for both creating those confines and working within them. This is an important difference.. Benny represents the dystopic belief that the American Dream is dead. Only by abandoning the purity of art and engaging in the soul sucking world of business can he achieve the traditional capitalist, materialist American Dream. Benny is seen as a character who betrays his friends and his integrity. This betrayal represents the backlash against Reagonomics and the “Greed is Good” philosophies of the 1980s. Alexander, by contrast, represents the utopic belief in the American Dream of socio-economic mobility. Alexander is not viewed as evil for espousing strong federal government created through a representative democratic system (mostly because he didn’t trust a true democracy because he didn’t think people could make good decisions). Alexander’s heroism lies in his creation of the system within which the demonized Benny worked. Alexander represents the American desire to still believe the best of our government and of our system.

Alexander, the bastard, orphan son of a whore and a Scotsman, comes to New York where he can be a new man. Benny did the same but was seen “as dirt” when he married up. The popularity of Alexander Hamilton the Hero represents a desire to believe in the fundamentals of the American Dream. Where that dream was seen as a sellout in the 1990s, a time when it was still obtainable, it is once more something for which people yearn. While poor Benny was treated as a man lacking in integrity for wanting to rise above his previous station through both marriage and work, Alexander is treated as a hero for rising up through marriage and money.

Alexander the Hero redefines Benny the Villain and reinvigorates the societal desire to believe in the basic ideologies upon which our country was founded. The shifting narrative gives hope to all of us and inspires all of us to work non-stop to achieve our dreams. Perhaps we all owe Benny a big apology. 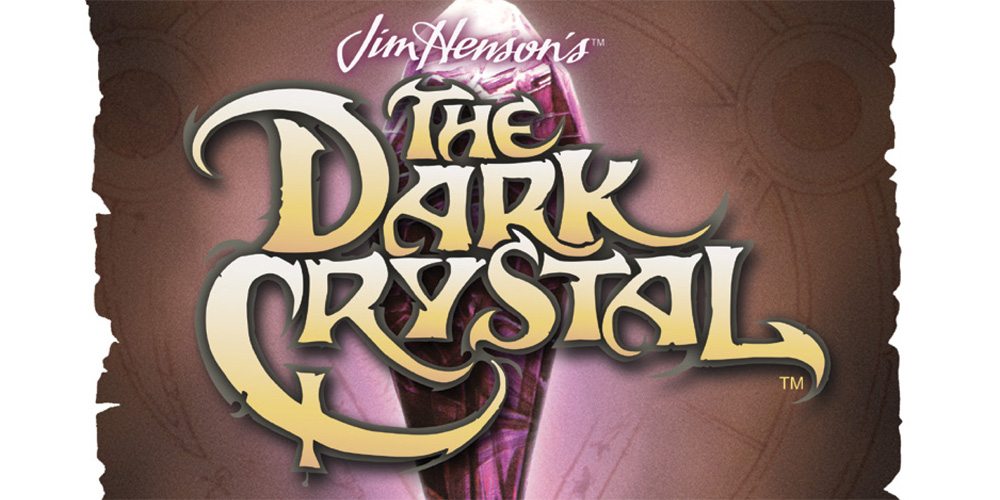 A Balloon Bigger Than a Jet 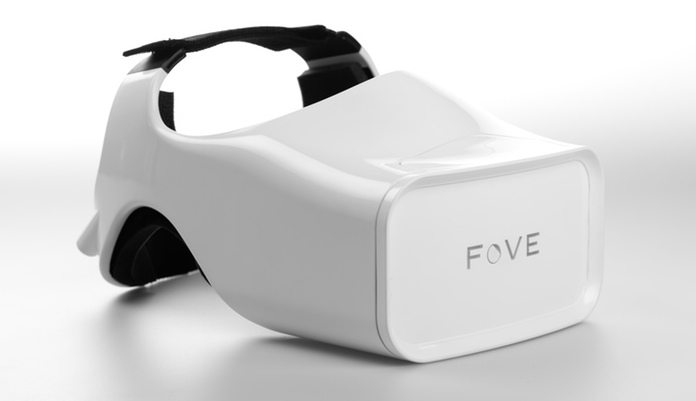