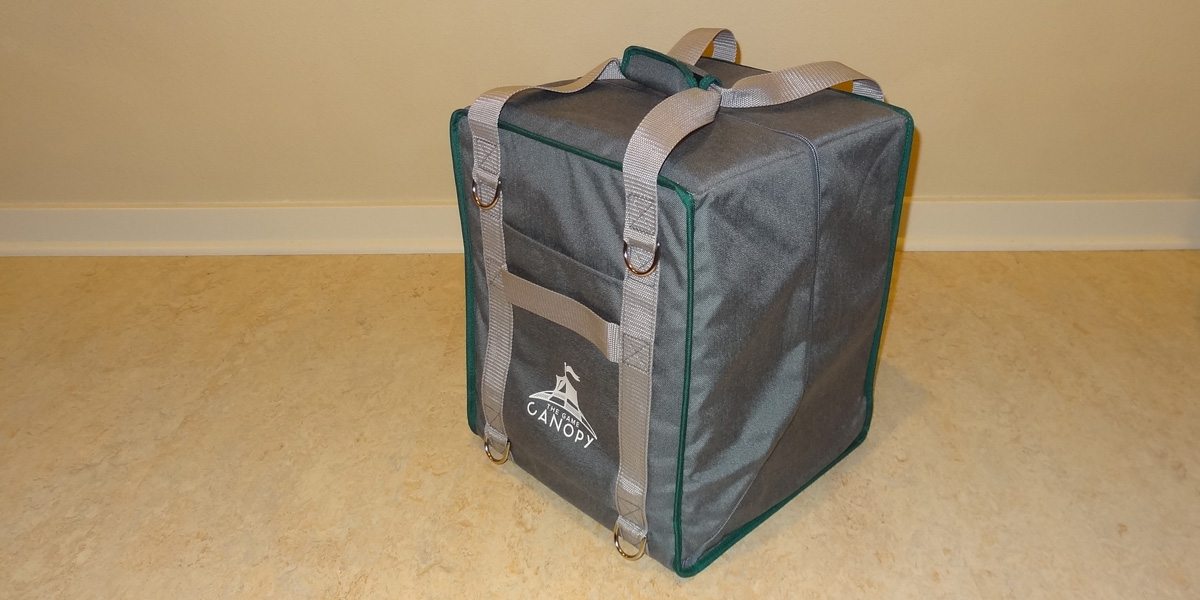 One of the biggest joys of tabletop gaming is sharing them, whether that’s bringing them to a friend’s house or hauling a bunch to a gaming convention for the weekend. The Game Canopy is a new bag from Level3B that’s been specifically designed to help you schlep your board games, and it’s pretty amazing. (There’s also a smaller Game Vanguard bag, but I’ll get to that later.) I’ll say up front that I was sent a sample of the bag to try out so I didn’t have to buy it myself, and it’s an expensive bag–let’s see if it’s worth it. The Kickstarter campaign launches today at 3pm.

First, the specs: The interior of the bag is just shy of 13″ square at the base, and almost 16″ tall. (For comparison, many of the square-box games you may be familiar with, like Ticket to Ride, are 12″ square.) There are two deep pockets, one on either side, plus several D-rings to attach things to. It has thick, padded sides, like a laptop compartment for a bag, is water resistant, and has two carrying handles that Velcro together over the top. The nylon straps for the handles are continuous all the way under the bag, so you can put a lot of weight in this bag and not worry about the bottom tearing open (which has happened to me with fabric grocery sacks). On the side, there are also two more handles in case you want to carry it with two hands–pretty handy when you have a lot of heavy games inside. The bag is grey but has a couple options for trim color.

My sample didn’t come with a shoulder strap; Level3B is including one as an optional add-on during the Kickstarter, but based on the size and weight of the full Game Canopy, I’m not sure a shoulder strap would be all that great–I’d really have to try it to be sure. What would be nice, I think, is some backpack-style straps that attach to the D-rings. You’d just have to watch that you didn’t knock people over when you turned around.

The two handles on the side allow for holding the bag at a higher level–good for when you need to maneuver through a crowded convention hall. You can also use it to carry the bag horizontally, in case you’re packing even larger games and want them in the bag sideways, but I haven’t tried that myself.

My sample of the Game Canopy arrived just in time for me to take it to GameStorm in March. It worked like a charm, and I was particularly appreciative when the seams of my old game bag finally gave way during the weekend. I got a “wow” nearly every time I opened up the bag–the front face of the bag opens all the way, giving you access to all of your games without having to lift everything out or store them sideways. With my old bags, I always had to empty everything out onto the table or floor to show people what games I had with me. With the Game Canopy, it’s easy to pick any game in the stack–and you can even move it pretty easily without zipping it back up if you need to.

And that is perhaps the best feature of the Game Canopy, and what sets it apart from all the other game-transporting solutions I’ve seen before. Whether you’re using plastic tubs or roller suitcases or (in my case) camping gear organizers, your games are either stacked on top of each other or stashed vertically. As anyone who has tried to transport Small World  or Lords of Waterdeep vertically will know, some games just don’t travel well that way–all the pieces fall out of the nicely organized tray and get completely mixed together. Stacking fixes that, but it means that you have to pull out the whole stack to get to whatever’s at the bottom. The Game Canopy’s design brilliantly solves that issue, letting you transport a stack of games, and then pull out just the one you want.

What makes it great is a combination of things: size, access, and protection. It’s a bag that’s actually designed for games, and it’s the perfect size for the 12″ square box. Sure, games come in all sorts of sizes, but 12″ square is a very common size. It’s also a good size for what you’d want to heft at once: I know a lot of people who carry games in plastic tubs, but that gets really heavy. One of these in each hand would be a pretty good number of games and just bordering on too heavy. The access part I’ve mentioned already, but it’s so nice. I didn’t realize how much I disliked pulling all of my games out of a bag just to get to one at the bottom until I started using a bag that made that unnecessary. The bags I usually use for games do zip up, so I didn’t have so much trouble with light rain (though the bottoms weren’t waterproof), but they had no padding whatsoever. I like having just that extra bit of cushioning to help ensure that my box edges and corners don’t get dinged up when I’m transporting them, and the full zipper keeps them out of the weather.

It’s not terrific for small games, though–because of the way it opens, it’s not the sort of thing you can fill up with lots of little boxes, because they’ll all just come tumbling out when you open it up. But my old bags work just fine for those, and they generally don’t have the same issues with being carried vertically or even upside-down. For transporting the large games, though, the Game Canopy will definitely be my go-to bag from now on.

Level3B has smaller bag as well called the Vanguard: It has the same footprint but is about the height of 3 game boxes instead of 5. It still opens the same way, but has padding just on the bottom of the bag and doesn’t have the extra pockets on the outside or the bottom row of D-rings. There is also a rain fly accessory available for the Game Canopy–it fits over the top, with eight holes that allow the D-rings to peek through, so you’ll have to use the shoulder strap to carry it because the handles will be covered.

Level3B is launching its Kickstarter campaign today at 3pm Eastern. There are a limited number of early bird slots (so be quick!), and there are a lot of different tiers, but here’s a quick run-down of the different pledge levels (shipping costs are not included).

Note that some reward tiers were still being finalized as of this writing so this may change a little. There are some additional levels for 2 bags, plus add-on options for the shoulder strap or rain fly. There are several early bird levels, which is pretty confusing, but the gist of it is: the first 50 people can get it for $79, the next 50 can get it at $89, and the $99 is supposed to be available for anyone who backs during the first 24 hours. After that, the pledge is $117.

The bag is admittedly quite pricey, so I don’t think it’s for everyone. There are cheaper options for carrying your games around, so it depends on how often you do that. For me personally, I think the early bird price is definitely worth it and I’m considering pledging to get a second bag, but I would honestly have to think twice about spending $159 (the planned retail price). The Kickstarter price, which is lower than planned retail, is borderline for me. I mean, that’s enough for a couple of games, right? On the other hand, I know some gamers spend a lot of money on gaming accessories: thousands of dollars extra on a premium gaming table, for instance, or whatever it is that shelves and gaming mats and dice towers cost.

The thing is, I’ve used several of those cheaper options, and I can definitely say that the Game Canopy is so much better than they are. I’ll still keep using some of those options when I have a lot of games to carry, because I don’t think I’d buy 4 Game Canopy bags, but I do think it’s a bag you’d really appreciate if you like to bring games with you. Whether or not it fits in your budget, though, is up to you.

If you frequently transport larger games and you like the idea of having easy access to the entire stack, it’s definitely worth taking a look. I’m hauling games around quite often, and I’ve already used the Game Canopy a bunch. 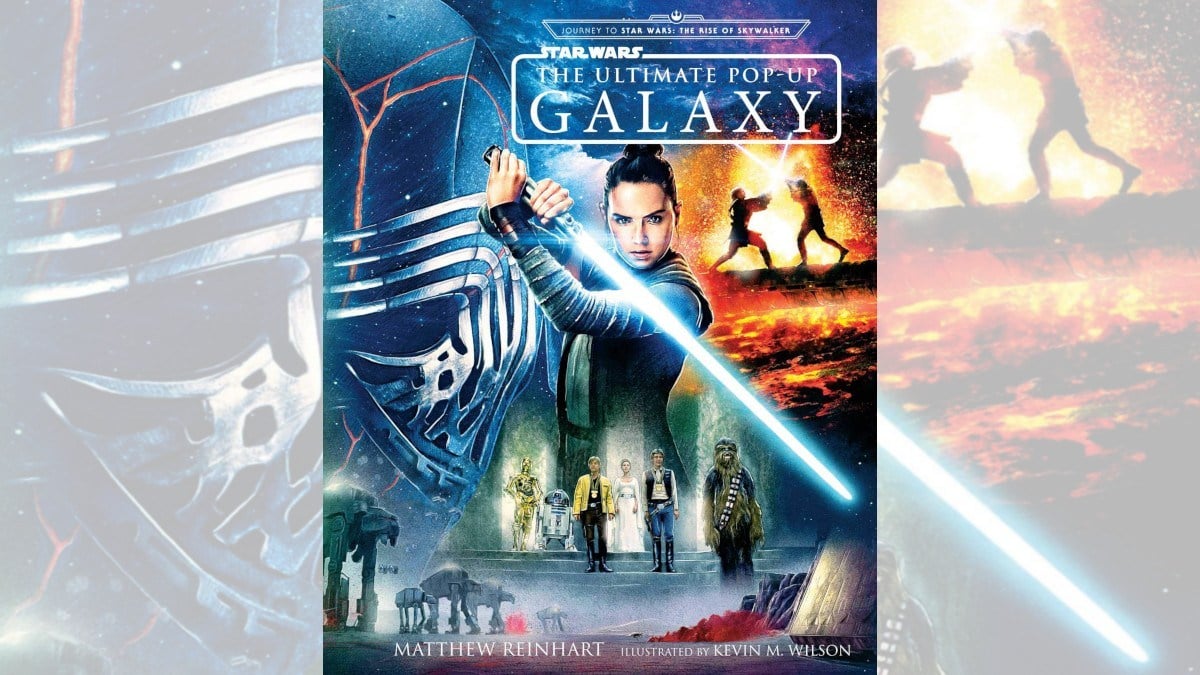