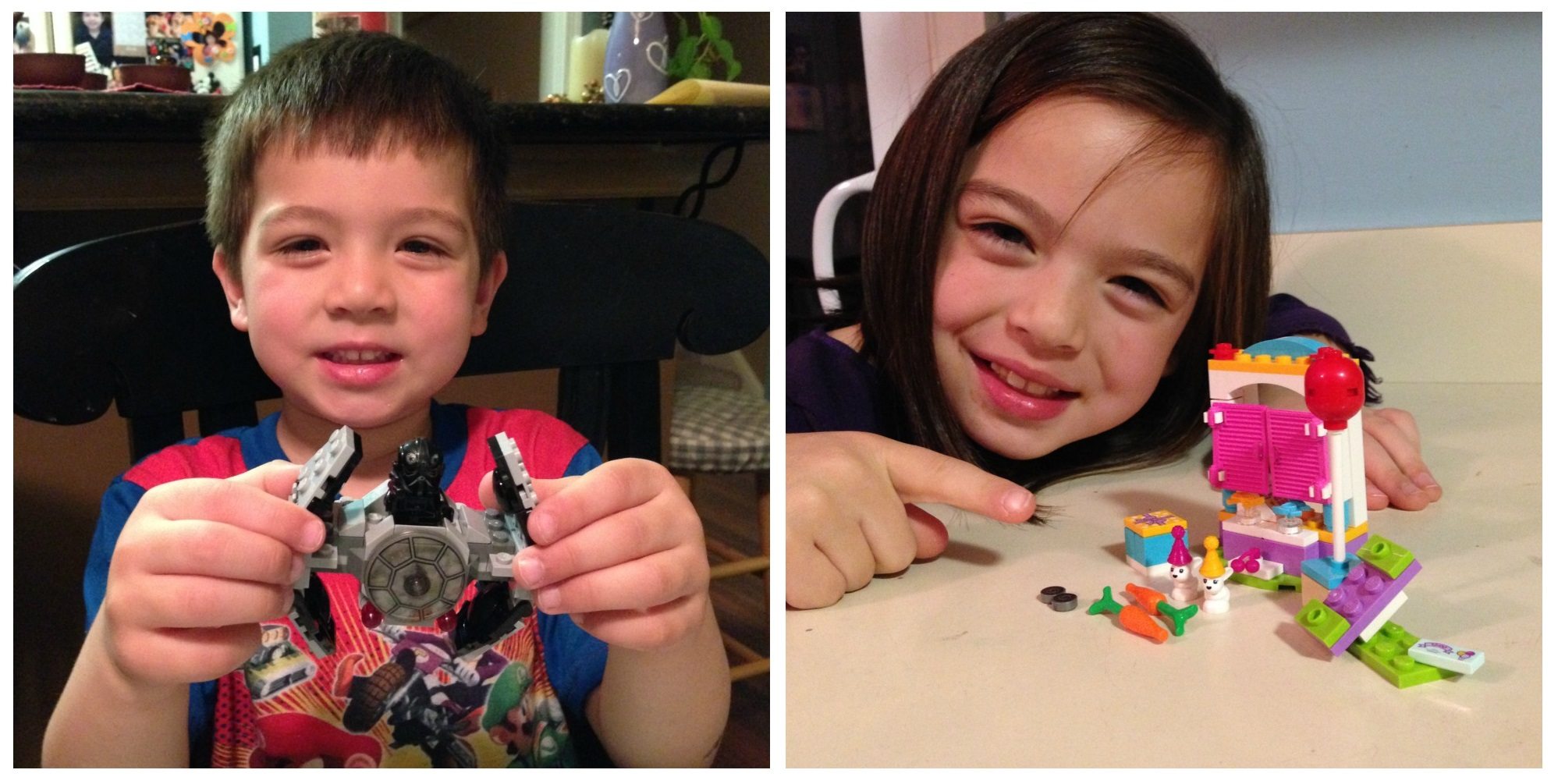 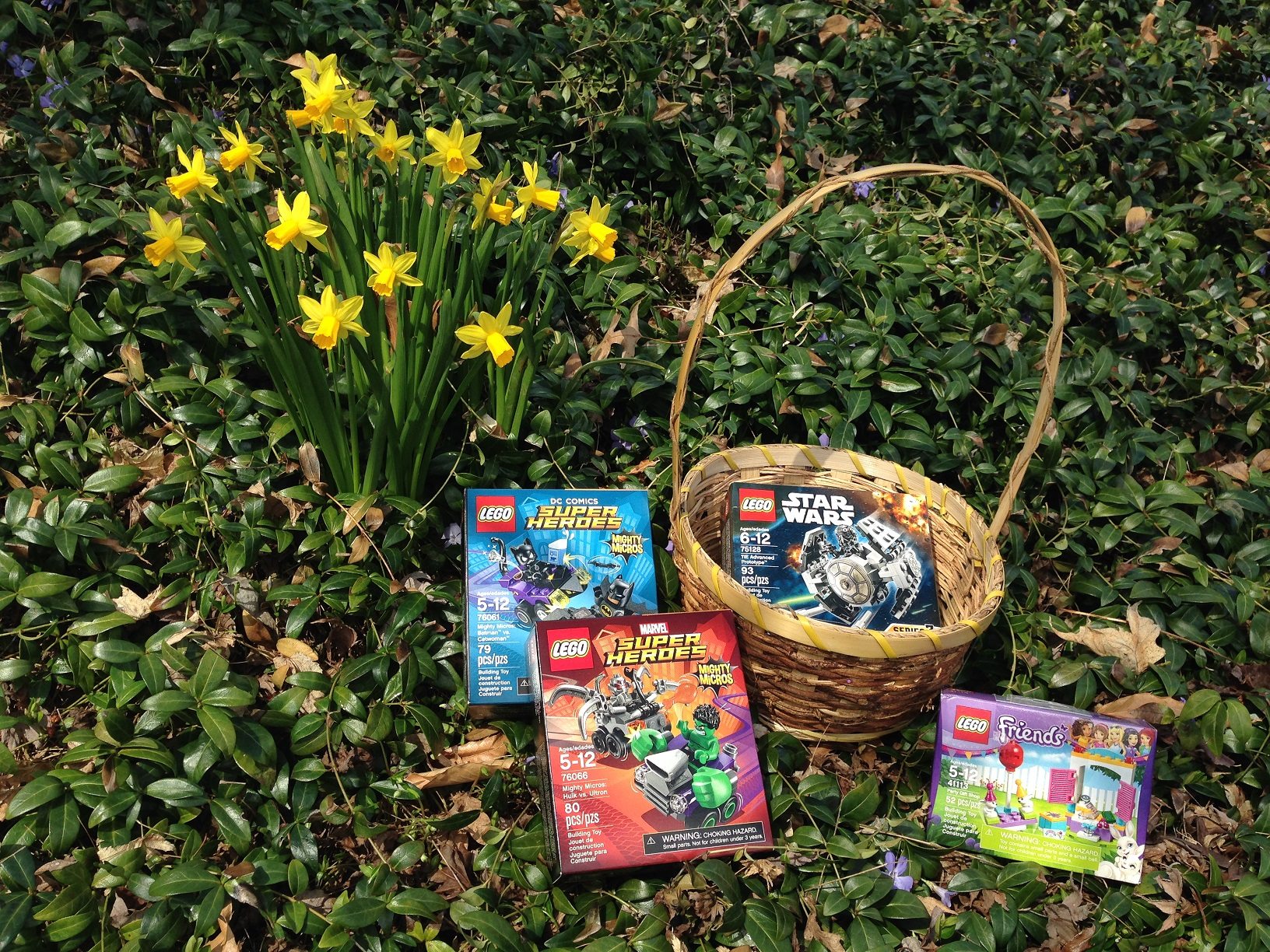 Welcome to The Rumpus Room, your detailed look at the latest toys that deserve a place in your own toybox, playroom, or collection.

This month, our first trip to the rumpus room turns up a few new LEGO sets that – surprise! – are reasonably priced and perfect for those of you out there who might be assembling a basket this coming weekend.

Small LEGO sets (those that come in polybags and boxes) have always been good for last-minute gift-giving…and impulse buys. Indeed, one of the first LEGO lines that my daughter became obsessed with was the Friends Animals series.

With those small sets in mind, let’s take a look at what’s available right now for some relatively low-cost LEGO playtime. We’ll focus on LEGO Friends, Star Wars, and Super Heroes. It should be noted that all of these are also perfect “basket stuffers.” 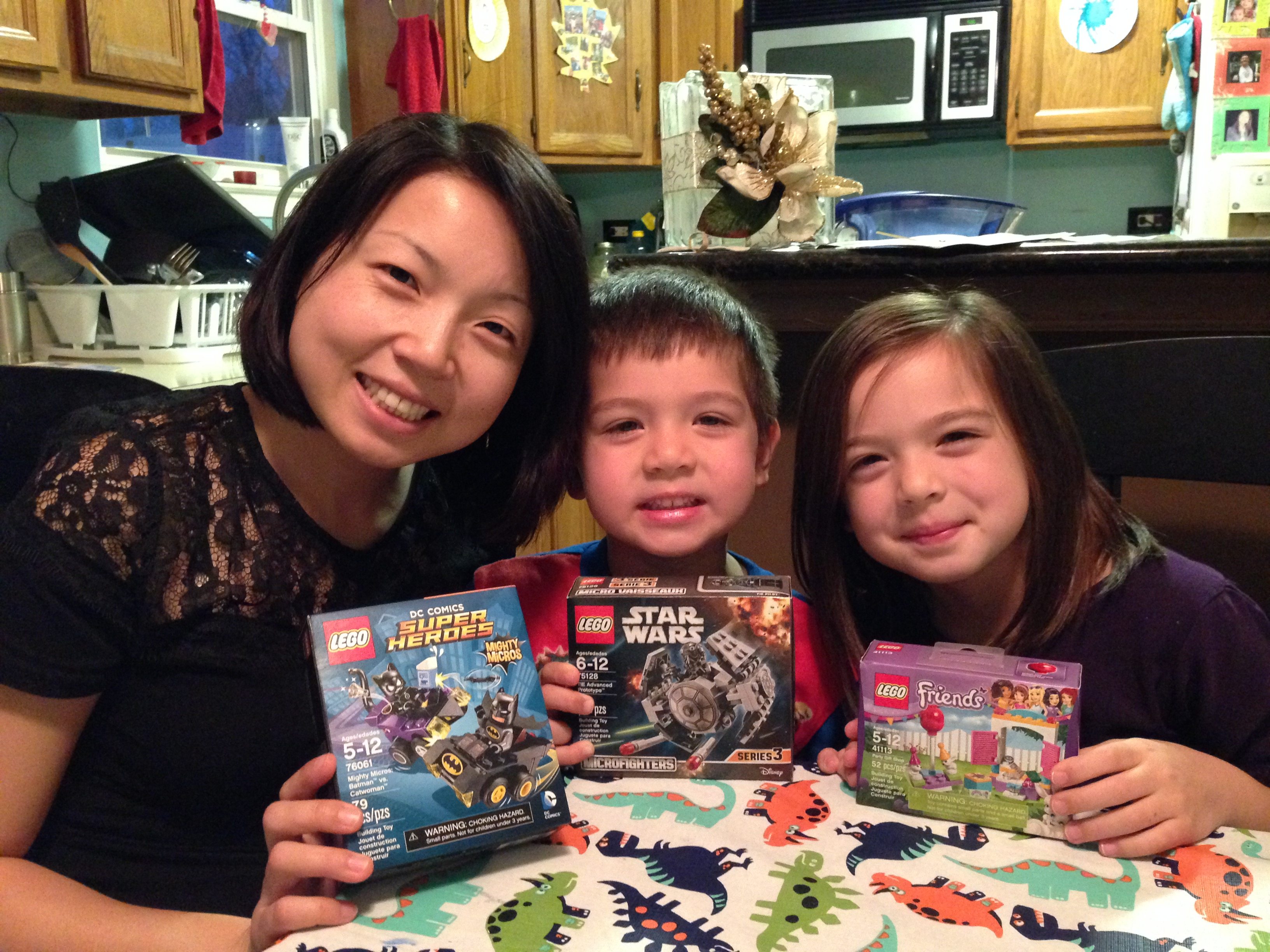 I have to admit that neither of my kids give the Friends line much attention anymore. They’ve both moved on to other lines that have more interesting vehicles and minifigures. Still, they both love the animals that come with these sets, so if they happen to see a set with a new animal, it might just make it onto the wishlist.

These sets don’t include any minidolls (the minifigure equivalent in the Friends line), but each comes with an animal. And at $4.99 each, they’re a great value.

These six sets constitute Series 3 of the awesome Microfighters line. They retail for $9.99 each, which is a bargain considering what’s included. The vehicles are, by design, small and heavily stylized, but don’t let the size fool you. Of all the sets featured in this post, the Star Wars Microfighters have the highest piece count. The ships are little beasts, and the final builds are really solid.

We’ve picked up a few of these Microfighters, and I love them just as much as the kids do. And since Hera is included in the Ghost set, it’s a wonder I don’t already own it.

I had to admit that these new sets really grabbed my attention when I first saw them at Toy Fair last month. Since I’m such a fan of the Star Wars Microfighters, it was nice to see LEGO learn their lesson and produce more small sets that are easy justifiable as impulse buys. This first wave of Mighty Micros includes six versus battles: three from DC Comics and three from Marvel. They’re absolutely adorable. And reasonably priced at $9.99, especially since each set includes two minifigures.

I should mention that, because they’re so small, they’re not very sturdy. The slightest bit of pressure in the wrong place and the entire vehicle falls apart. I put the Hulk and Ultron vehicles together, and each must’ve crumpled in my hands a half dozen times during construction.

If you’ve fallen down the LEGO rabbit hole, I’m sure you know that sometimes you have an itch you just need to scratch. You just need to assemble something, but maybe you don’t have the time or budget for a major set. All of these smaller sets are perfect for a family LEGO night or just a quick solo build.

And for kids, they’re all perfectly sized and with an appropriate level of difficulty. We put the following sets together, and my youngest – at 4 – chose to do the Star Wars set, which had the most pieces and was the hardest to put together. The box includes a suggested age range of 6-12, but he managed it just fine (though he was building long after the rest of us had finished).

I’ve gotta give the Microfighters and Mighty Micros sets full marks across the board. The Super Heroes sets lose a few points for fragility, but they’re still great sets, adorable, and a great value for two minifigs and two vehicles.

What do you say? What would you like to see in the next wave of each? 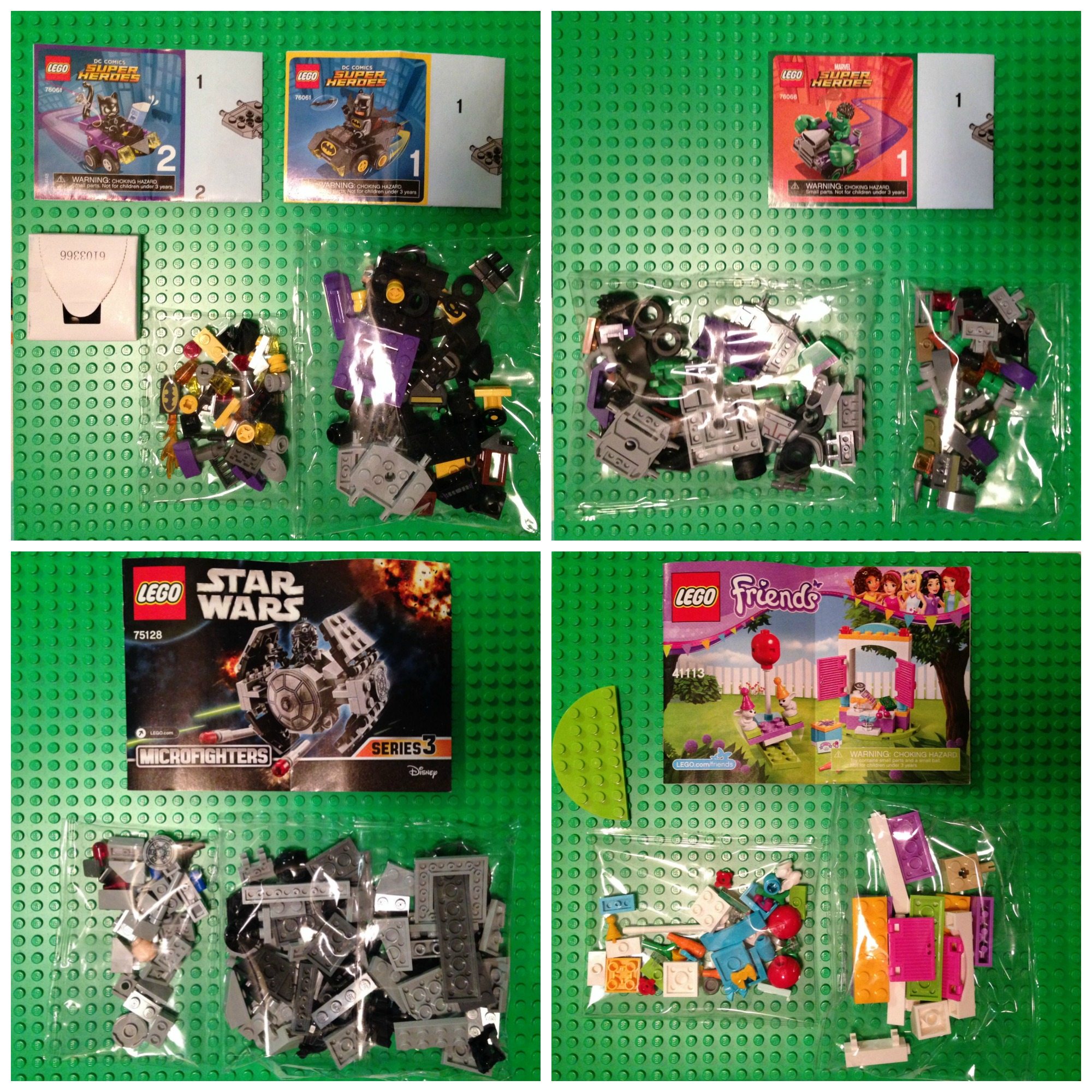 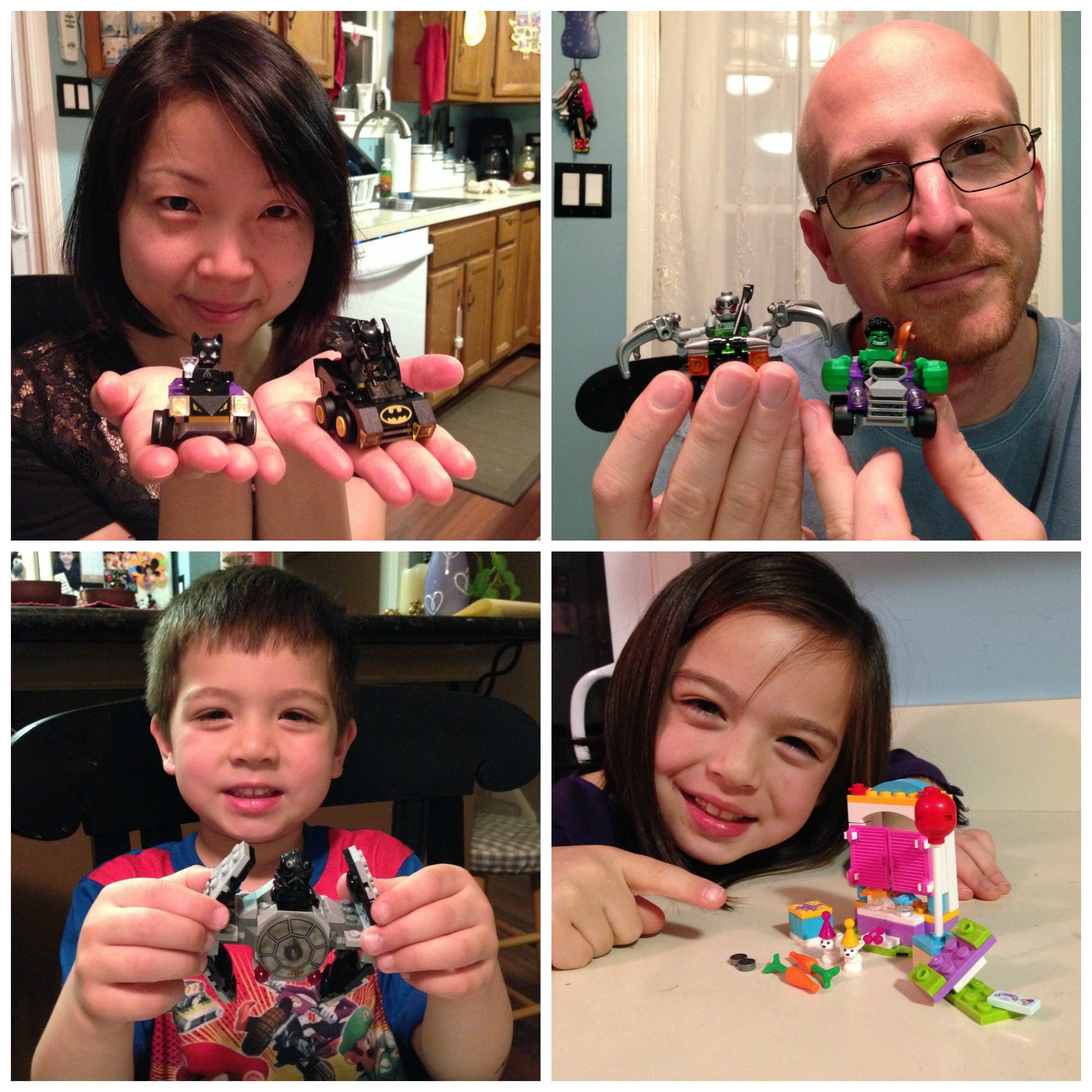 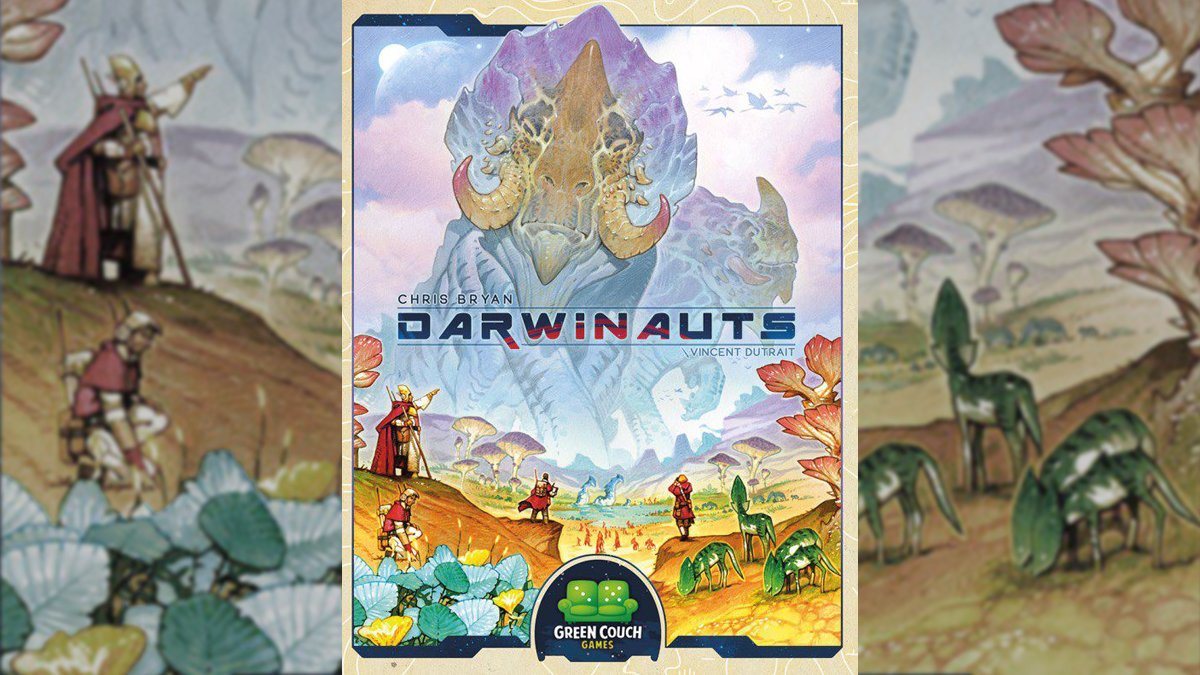 1 thought on “The Rumpus Room: LEGO Sets Perfect for Those Baskets”