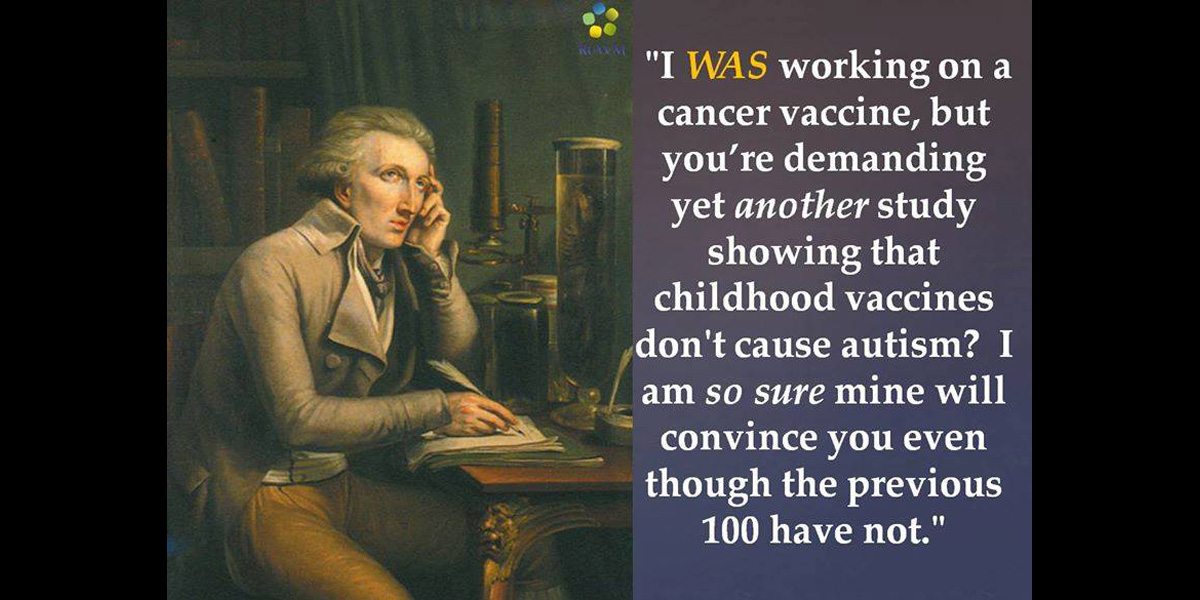 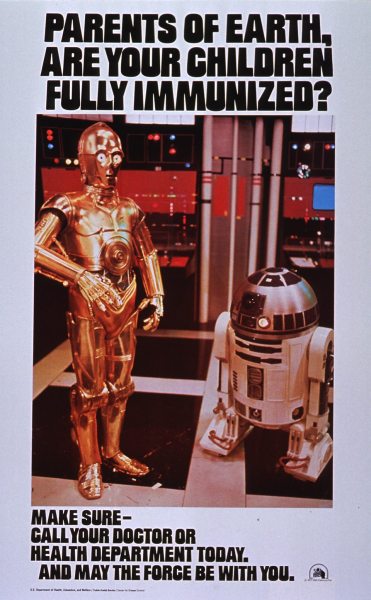 Autism, risk of active infection, sheeple blindly following Big Pharma, whatever the (mistaken) reason, millions of children around the world are not receiving critical immunizations because their parents are opting out. After over 14,000,000 children have been studied, medical professionals, schools, government officials, and religious leaders have embraced the science behind vaccinations. Yet, up to 25% of American parents believe that vaccinations may actually be bad for their children. How do you argue with someone unwilling to embrace the science? Stop trying to use an argument that is guaranteed to lose.

As the great Neil deGrasse Tyson put it, “The good thing about science is that it’s true whether or not you believe in it.” The sentiment wins points with me every time, but we’re going to assume that science without context isn’t enough. I’ve dug up the 4 meme-based arguments that were most compelling for me in my search for the truth. Let’s take a look at how to bring them to life and win over your misguided friend. For a sterner argument, check out GeekDad Matt’s article The Misunderstanding at the Heart of the Vaccine Debate.

It’s safe to be immunized. It is unsafe to go without immunizations.

This one cuts to the meat of the issue. We won’t even entertain the thought that vaccines cause autism, because they just don’t. This little gem is meant to highlight the logical failings of avoiding vaccinations. The argument here isn’t about the bridge being safe or unsafe. The argument is the fact that crossing the bridge is safe, and that crossing the water is unsafe. That’s the core of the issue. It’s safe to be immunized. It is unsafe to go without immunizations. Break it down to its simplest terms for a smoother conversation.

“Toxic chemicals” is one argument that is difficult to argue with, for some. It just sounds so scary. Yes, formaldehyde is in your vaccines. It is there for a reason. Formaldehyde is used to kill the (very few) potential contaminants to the vaccine. Formaldehyde actually makes the vaccine safer, and the amount of formaldehyde in a vaccine is nearly nothing after most of it is removed as part of its packaging. Formaldehyde use is not dangerous, as the literally microscopic amounts involved are completely blown away by what our bodies actually need and use.

Come from a position of love, not judgement.

The term “anti-vax” feels very troll-heavy, don’t you think? Yet, it could be worse. I beg you, don’t call your anti-vax friends “murderers” or “criminals,” okay? The goal isn’t to shame them; it’s to win them over. The sarcasm is strong in this comic, but the feelings are totally valid. Folks who don’t like vaccines feel side-lined by the science-backed majority. Make your friend feel heard, then give them a nudge in the right direction. Feel free to point out that lives are at stake, but come from a position of love, not judgement.

Let’s get back to driving medicine forward to save our kids from even more threats.

The thousands of man-hours going into studies that have been done repeatedly is wasting everyone’s time and money. Instead of being able to drive science forward, the medical research community is still struggling to provide “adequate” evidence to convince parents that vaccines are safe. Is it worth it? You bet your butt it is. Every single parent convinced to vaccinate their children is a win for all children (and adults). But should we move on? Absolutely. Let’s get back to driving medicine forward to save our kids from even more threats.

In the end, this argument will not be won by force, logic, or science. The people who don’t vaccinate their children are misinformed, but they are also parents trying to take care of their children. I cannot say this enough: Win them over, don’t chase them away. There’s nothing wrong with wanting to keep your children safe. Appeal to that desire, and success is on the table again.

Is the Vaccine Injury Compensation Program Covering Up an Autism-Vaccine Link?