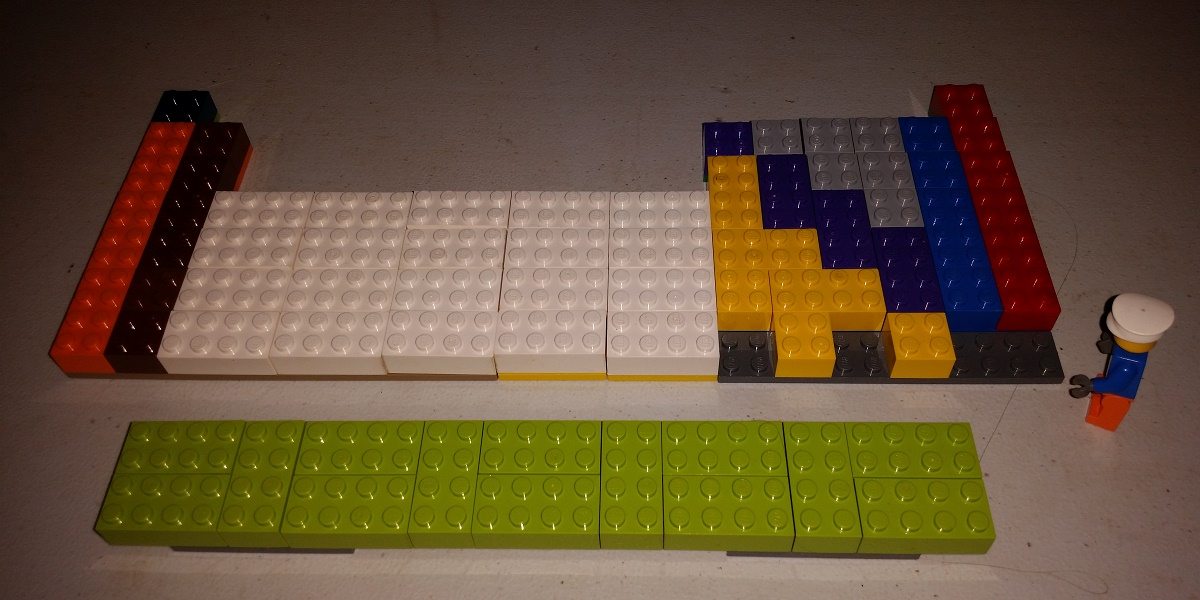 A familiar sight on the wall of chemistry class, the periodic table displays the known elements in order of the number of protons in the nucleus. When Dmitri Mendeleev first proposed the table in 1869, he left gaps where the as-yet-undiscovered elements should go. This week the last four remaining elements were discovered, completing the missing gaps in the seventh valence shell and bringing the grand total of elements to 118.

The most recently discovered elements aren’t naturally occurring, but if you artificially smash together enough protons, neutrons, and electrons, then get your custom-made atom to stick around long enough to be verified, you have yourself a discovery. There’s not much practical application, but there is a little vanity bonus on the side: being the first to succeed at the experiment grants you the privilege of naming the new element, which will thenceforth be printed inside the cover of every chemistry textbook for eternity. Nerds have such simple pleasures.

About half the known elements were named according to some descriptive feature, such as their color or the minerals or chemicals they were isolated from. The last sixty years has shown a greater preference for naming new elements after famous scientists (such as Einstein or Curie) or their places of discovery. One element each is named after such illustrious locales as Europe, Poland, France, Germany, Russia, America, California… and Ytterby, a tiny village in Sweden, which gives its name to not just one, but four of the elements on the list.

But there is so much more potential than that. Some elements acquired much cooler names based on some attribute the discoverer saw in them. Highlights include the Greek or Latin versions of “Lazy,” “Green Twin,” “Alien,” or even “Monk-killer.” My personal favorites are those named according to astronomy or mythology. There is one for the sun, the moon, and four of the planets. There is also one named after an Asgardian Avenger, one after a spaceship that turns up variously in the Star Trek, Stargate, and Aliens universes, one after a self-centred superhero created by Megamind, and even one named after the pesky critters that hang out in the Nashkel Mines.

So, what do you think? Do we really need four more elements named after scientists or countries, or should we insist on more imaginative alternatives with a pop culture connection? Does the fact that two out of the four unnamed elements have the atomic numbers 113 and 118 present a good opportunity for a Lucas-oriented name. Should element 117 be a tribute to Halo? How would you name them?

1 thought on “Four New Elements: What Would You Name Them?”