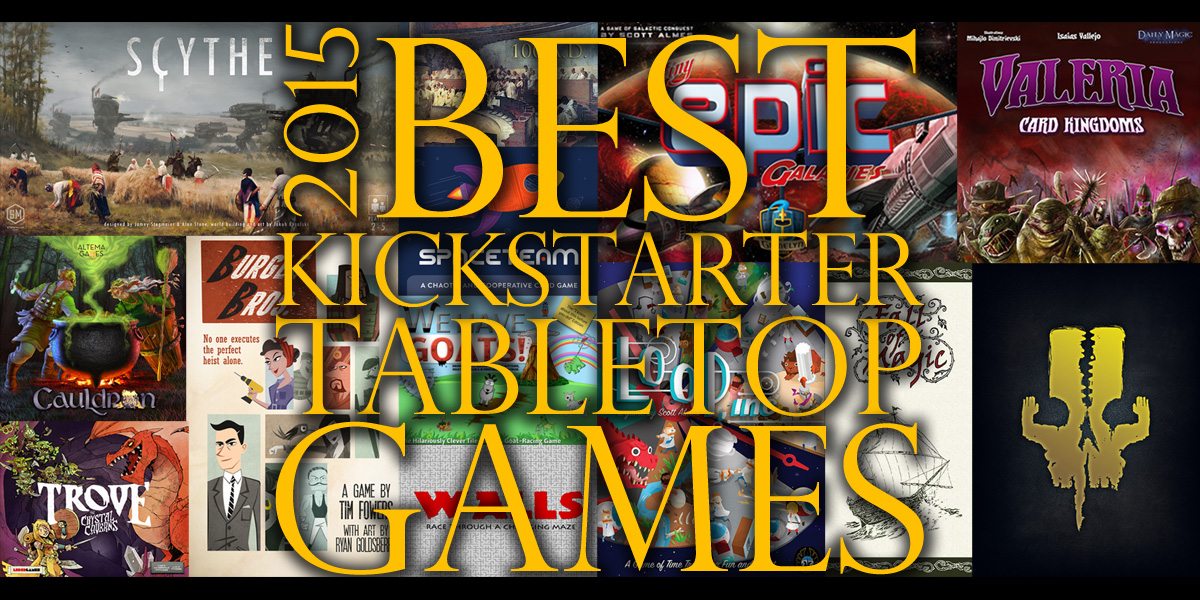 Some of the best games we played last year weren’t published yet. Yep, I’m talking about Kickstarter projects.

A few years ago game designers and publishers realized that Kickstarter was a great way to gauge interest and build up the capital needed before printing a game, rather than the traditional model of paying for production up front and then finding out whether there was a market for a particular title. Since then, Kickstarter has had a constant stream of board game projects, and we here at GeekDad try to cover as many as we can. (Though, of course, there are still so many that we just don’t have time for.)

These are the best Kickstarter board games we reviewed this year. Most of the games on this list are still in production. There are a few that have delivered to backers and are now available for purchase, but we didn’t get a chance to write up the finished product yet. Either way, these are games you’ll want to keep an eye out for!

(Note: Kickstarter-funded games for which we did write up the finished product were eligible for our Best Board Games list.) 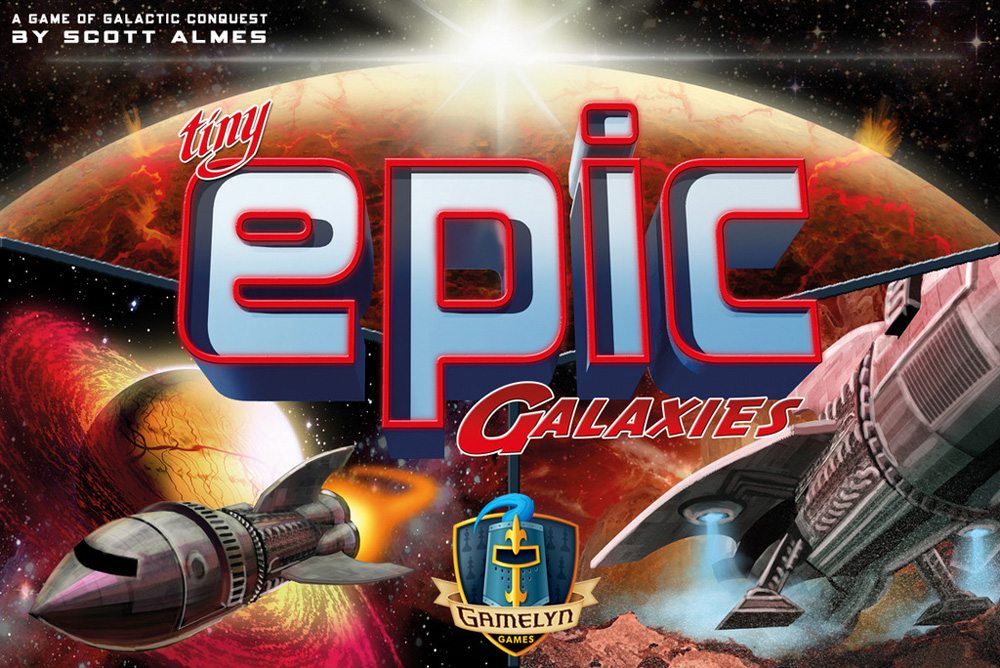 Even though the version I played was a prototype with crudely-drawn planets, I could tell that this mini-4X game was a good one. Designer Scott Almes and publisher Gamelyn Games continue to collaborate on some really great games. Tiny Epic Galaxies has been delivered to backers and is now available for purchase–watch for a “Reaping the Rewards” post (I just ran out of time in 2015). My original review is here. And if you’re a Tiny Epic fan, stay tuned: Tiny Epic Western launches on Kickstarter on Monday!

This time-travel board game (also designed by Scott Almes, published by Eagle-Gryphon Games) will make your brain hurt, and I’m the first to admit that it’s not for everyone. But it is for me. I love the goofy artwork and flavor text, and I think it’s a really fun representation of the intricacies and consequences of time travel. Loop, Inc. was delivered to backers and is available now. My original review is here. 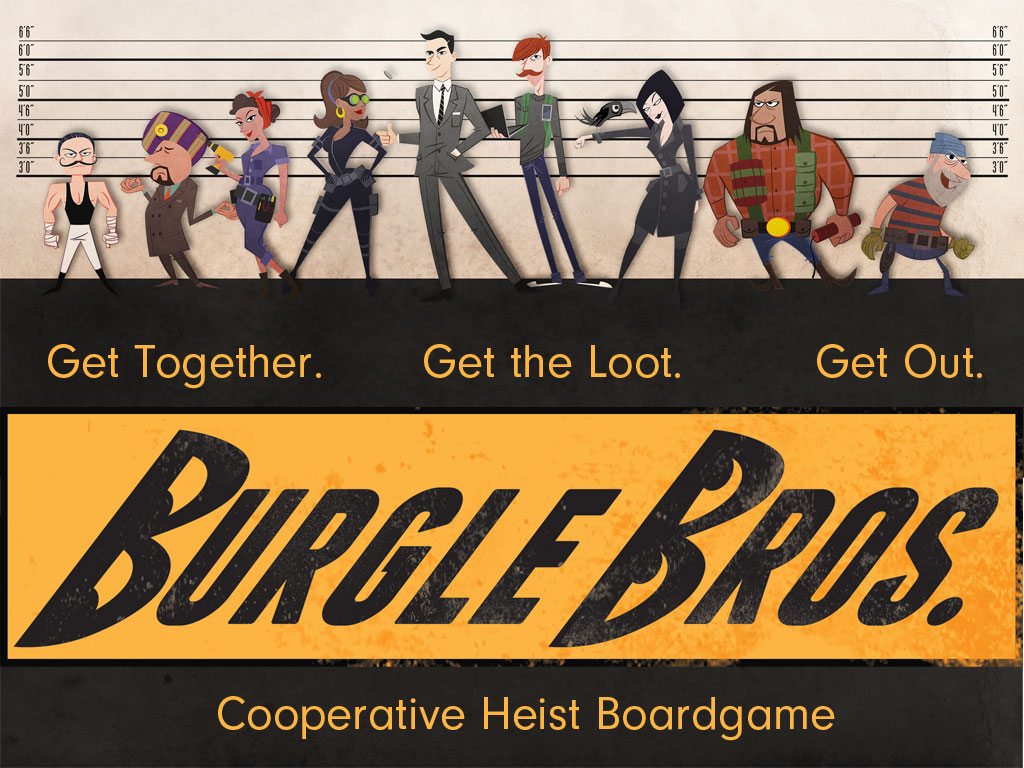 This cooperative game from Tim Fowers finally scratches my heist game itch. Work together with your team to infiltrate a building, crack the safes, and get out before the guards catch you. The finished game (which I’ll review soon!) looks gorgeous, and Fowers did address my biggest complaint, that it was a little too easy. Yep, it’s harder now. Burgle Bros. was delivered to backers and is now available for purchase. My original review is here. 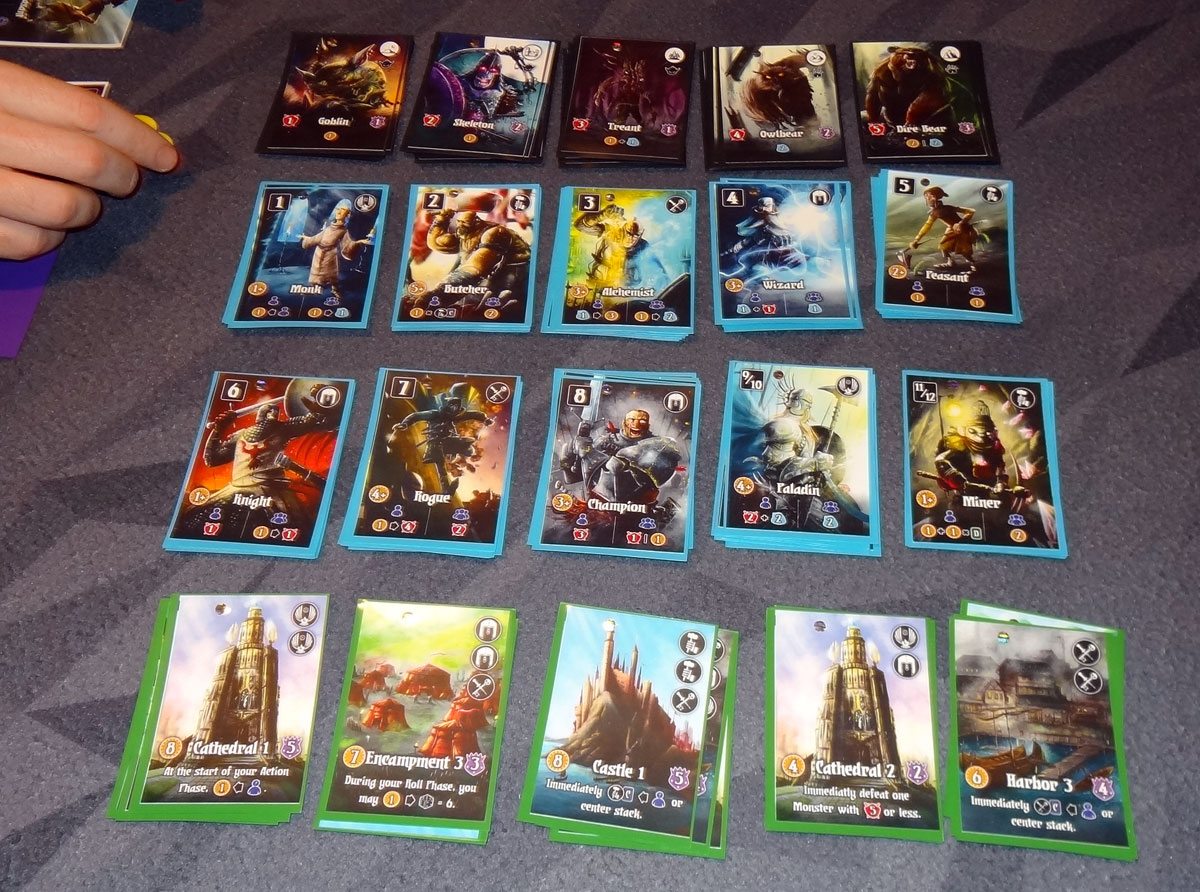 I like to call Valeria: Card Kingdoms, designed by Isaias Vallejo and published by Daily Magic Productions, “Advanced Machi Koro.” It has similar tableau-building, dice-rolling mechanics as Machi Koro but then gives you some other things you can do, like building domains or attacking monsters. My original review is here. This one is still in production and should be delivering soon, so watch for it in stores perhaps next month! Once delivery is done, the Daily Magic team will be launching a campaign for Villages of Valeria, a stand-alone game set in the same world as V:CK but with all-new mechanics.

I’ve been a fan of the Spaceteam app for some time, and I was really excited when I heard there was a card game version in development. The prototype, even with its wingding placeholder icons, was a riot to play, and I’m really looking forward to the finished game, which should be shipping out fairly soon. Read my original review here.

Trove is a fascinating game because each player has a completely different set of rules. The Knight needs to explore the Cave and slay the Dragon. The Goblins, who live in the Cave, want to kill the Knight. The Dragon needs to wake from its century-long slumber and escape the Cave. Finally, the Cave itself wants to fully expand … and then collapse on everyone inside. I know the game was still undergoing some changes even after the Kickstarter project ended, so I’m eagerly anticipating how it will turn out. Because of the additional tweaking (including a new character, the Thief, funded through a stretch goal, I’m guessing this one may still be a while before it is produced.) My original review is here. 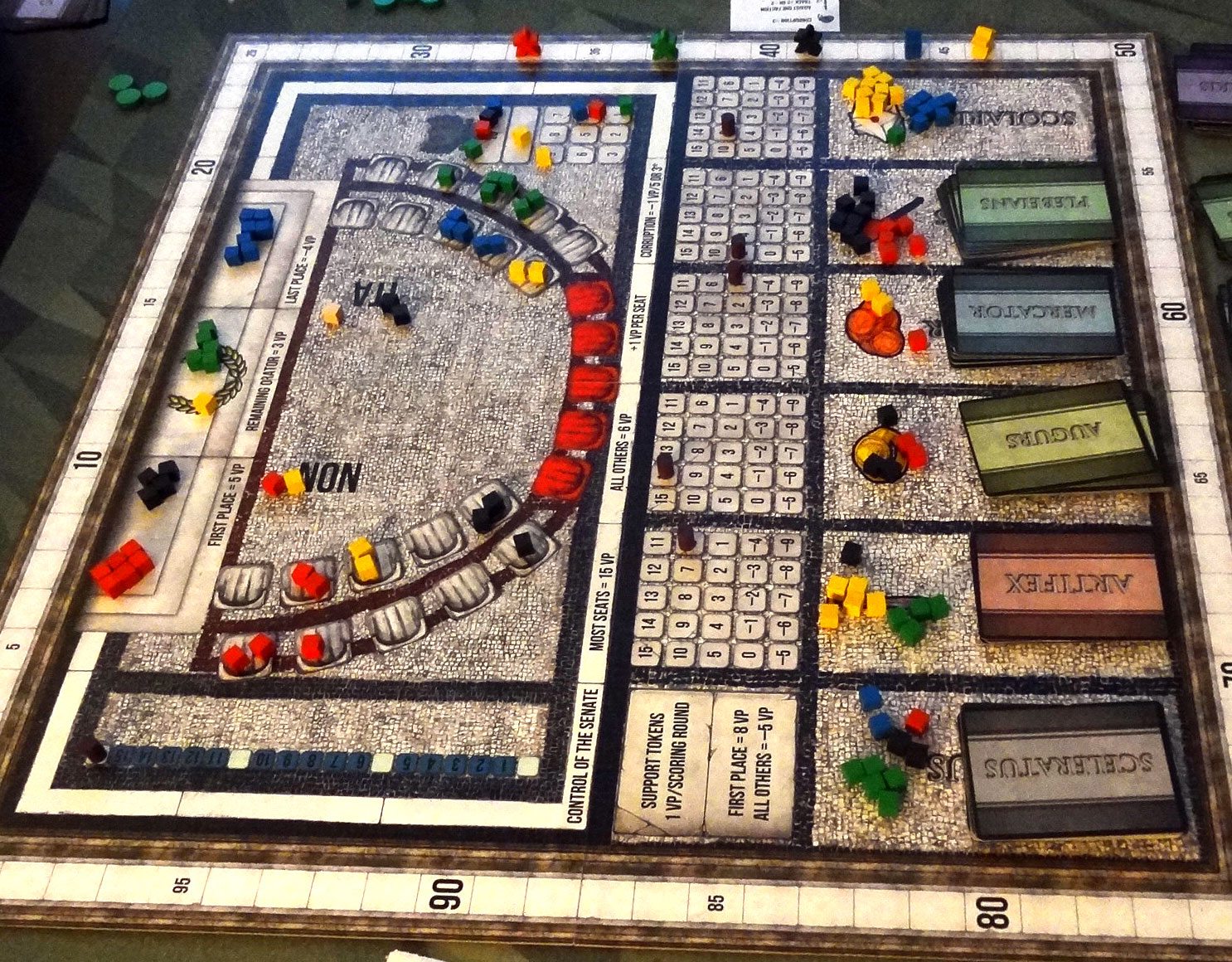 And my last pick is 100 A.D., a game which sadly did not fund and is currently in limbo. This game of ancient Roman politics is full of back-stabbing and manipulation, and I think it’s a terrific game. However, the publisher has had some issues with previous Kickstarter campaigns and had trouble getting traction, so they canceled the project and are considering options. I do hope it eventually makes its way to your table, though! For now, you’ll have to find somebody who bought one of the limited “Emperor’s Edition” games at Gen Con 2015. My original review is here.

Lastly, I’m gonna give an honorable mention to Apocrypha–it’s a game that I haven’t actually played yet, so I can’t give it a full-fledged review, but it’s one that I’m eagerly anticipating. You can read my write-up about it here.

There are times when my family sort of endures playing new games with me when I need to review. What keeps them coming back is games like Cauldron. It very quickly became one of the family favorites, a game that the kids keep asking to replay. It has simple rules that are easy to understand, but levels of deeper strategy that will appeal to more hard-core gamers. My original review is here. Cauldron was shipped to backers at the end of the year, and is now available for purchase.

Walls not only has a cool back-story–it was original designed by a group of Boy Scouts working on a merit badge–it also is a pretty great game. It’s brilliant in its simplicity, yet complex in its strategic possibilities. My family were all sad when I had to send the prototype back, and can’t wait for production to finish so that we can add the final version to the collection. I have no doubt that this game will become a regular part of our game nights. Read my original review here.

This is a fun, pretty silly tile placement game where you try to get your goats back to your pen while blocking your opponents from doing the same. It’s a light and fast game that’s more about laughing and having a good time than deep strategic thinking, although there are elements of that as well. Read my original review here.

Fall of Magic was my favorite new tabletop game of the year. Not only is it a really great storytelling RPG for all-ages, but it has a unique set of components. The game board and story prompts are all screenprinted on a scroll that looks straight out of the game itself. The replayability and creativity that goes in to this game will keep you and your friends playing it again and again. It can be purchased directly at FallofMagic.com. You can also check out my full review for more details about the game. 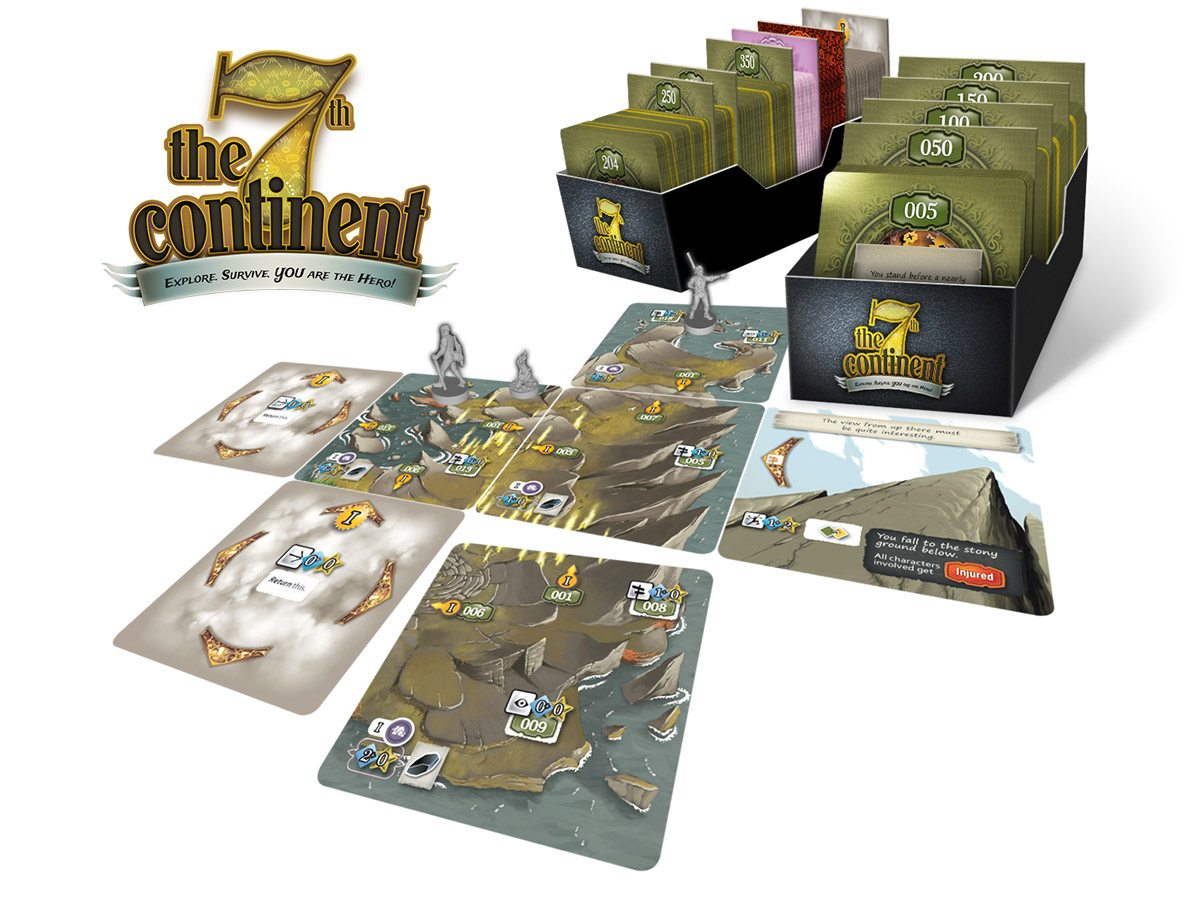 7th Continent is a unique mix of RPG, crafting, exploration, and, if playing with multiple players, cooperation. I love that you can play solo or with a group (up to four players). The basic idea of the game is that you are one of the former explorers of a mysterious land (the 7th Continent) who has returned to find a way to remove the curse from your last expedition. The game also has a novel way to “save and load” a game, just like your favorite video games. Because the game can potentially be played for many, many hours, this feature is essential. Although the full game is not yet available, you can still late pledge to get in on all the rewards. For more details about the game, you can read my full review.

It was one of the most anticipated tabletop Kickstarters this year and raised an immense amount of cash ($1.8MM), but Scythe will be well worth the hype (and wait). The asymmetric, 4X, area control game set in an alternative history where mechs roam the lands after the first Great War appears, at first blush, to be complex, intimidating, and a lot to bite off. But after just half a game, you’ll find it’s a very elegant, easy-to-learn, quick-playing, and incredibly addictive game. Read the full review and hope that September gets here quickly! 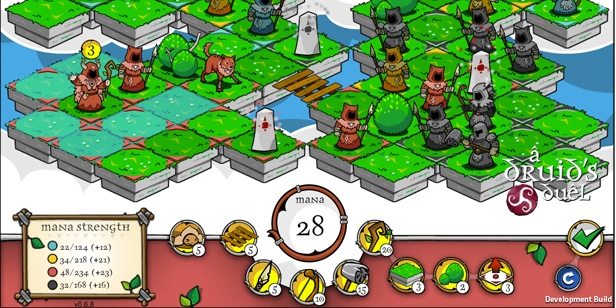 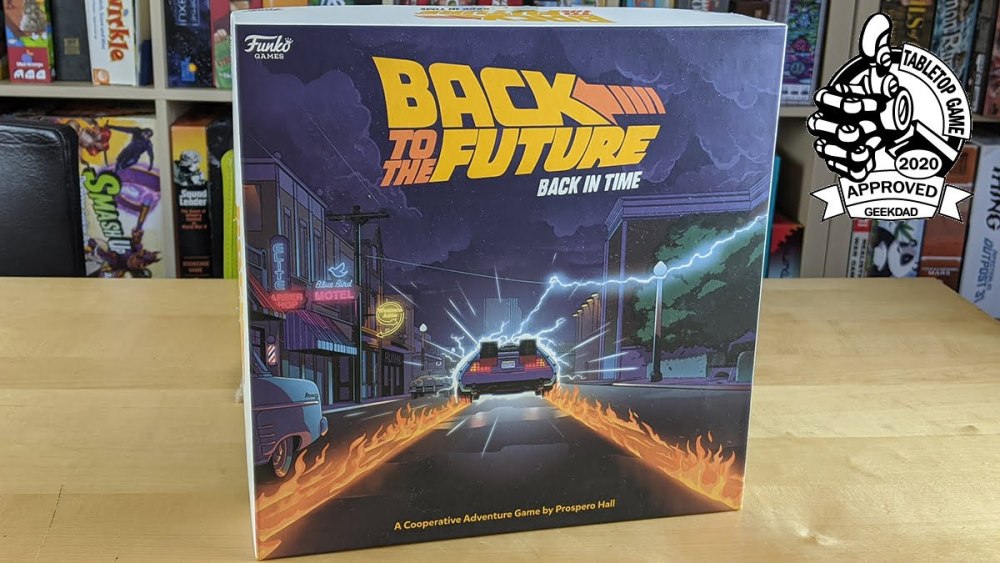 Explore the Power of Love in ‘Back to the Future: Back in Time’ 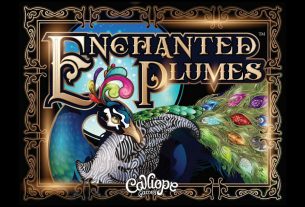 2 thoughts on “The Best Kickstarter Tabletop Games of 2015”