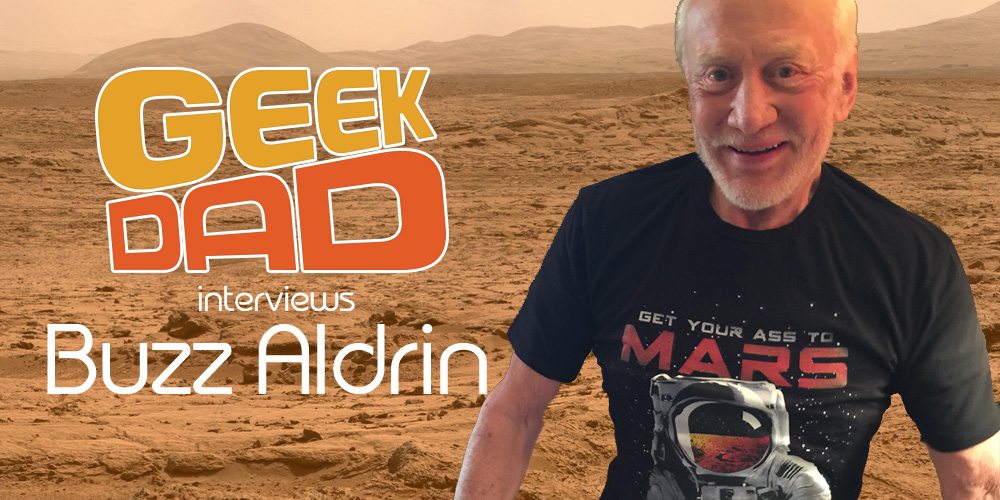 Last week I had a rare opportunity to speak with world-famous astronaut, author, actor, and activist Buzz Aldrin about the recent excitement surrounding Mars, the future of space exploration, and the final days of his “Get Your Ass To Mars” t-shirt campaign. The cleverly titled apparel is a special edition to raise money for the ShareSpace Foundation to promote science literacy and ignite children’s passion for STEAM (Science, Technology, Engineering, Arts, and Math). Hurry, the t-shirt is only available until October 19, 2015!

GeekDad: Hi Mr. Aldrin, such a pleasure to talk with you, thank you! I saw on your Twitter feed you were just swimming with sharks. What was that about?

Buzz Aldrin: Well, they’re beautiful creatures, you just give the right of way. They have an outstanding aquarium here in Eilat. Very educational and very satisfying.

GD: So all of us at GeekDad are parents, and I hope you wouldn’t mind just two quick questions directly from some of our kids who want to ask you something personally.

GD: So Ethan, who is 10, wanted to know “How did it physically feel to walk on the moon with reduced gravity?” Can you compare it to anything?

BA: Well, we had about 360 pounds here on Earth, but up there it weighed only 60 pounds, so we were light, it was a little bouncy, and the surface it was like spread out talcum powder, and the way it would make bootprints was just remarkable, and it was very easy to move from one place to another.

GD:  Finn, who is 6 years old, wanted to know “if you could jump as high as a kangaroo?”

BA: No. Kangaroos down under get way up above… just because it is one-sixth, doesn’t mean you can jump six times as high. You can push with your flexing knee only so long as you’re touching the ground, and once you’ve exhausted that then you’re a mass moving upward.

Surveying the Israeli desert in my #GYATM tee Only available for one more week! Get yours at http://t.co/MPznp6XiaL pic.twitter.com/uWmnKSFL5w

GD: I wanted to ask you with the successful landing of Curiosity, NASA’s recent confirmation of the discovery of liquid water on Mars, and the critical acclaim of The Martian book and movie, it seems like we’re in another exciting time of space exploration. Do you agree, and what do you see as logical next steps when it comes to Mars?

BA: Well, I certainly agree that we are at an opportunity to build momentum and increase public support and to begin to reach the governmental budgetary realizations of our leaders that this is an historic moment in time when the technology exists and the will exists to expand humans outward. A number of nations will be reaching the capability of transporting their people to the moon, and we want to encourage and help them, while we’re conserving our resources, but bringing together objects of habitation that build up a base on the far side of the moon on the South Pole where most other nations would like to set up a rotating permanence for six months. And we can help do that and learn how to do that remotely from an L1 station and a Halo station on the far side because those are the things that we’re going to have to know how to do from Earth–bringing objects close together to conserve the time of the crew members at Phobos who will then be putting the final assembly together of a base on Mars that will be able to handle the first crews that go down there to establish a permanence there.

GD: Yes, so that was going to be one of my questions. People think that further discovery of the moon is somewhat pointless since we’ve already been there–you’ve been there–and we should only look towards Mars. So obviously we have to utilize the moon and go there again, but what can we learn on Mars that would be different than the moon? They’re both desolate places.

BA: Well, there’s a lot more access to ice and water and even free-flowing water recently. The seasons are different, the year is longer, it is cooler than Earth, of course, but the day is just a little bit longer there. Instead of fourteen days of darkness on the moon and fourteen days of daylight with varying extremes of temperatures, we have conditions much more susceptible or much more able to establish a growing permanence there. And this is the time in history to take advantage of bringing the nations together. That’s one big reason to do things cooperatively at the moon and build that cooperation toward establishing permanence on Mars.

GD: That’s a perfect segue into my next question, which is for you to tell me about your ShareSpace Foundation and your t-shirt fundraising campaign.

BA: The ShareSpace Foundation was set up 35 years ago to share space with lottery winners [ed. note: not a traditional lottery, but a lottery for “regular” people to go into space and focus on education] and expand the awareness. So we’ve looked at different educational ways, and we’re settling on 3rd and 4th grade where they’re beginning to phase out of dragons, and we want to hold onto them with science, technology, engineering, and math, but add the arts in there also. We need architects, designers, writers, creative thinkers, and on the t-shirt promotion, if you go to represent.com/buzz… the campaign lasts until October 19th.

GD: On the ShareSpace Foundation Website, you are quoted as saying, “Just over 100 years ago, man learned to fly in airplanes, and about half a century later man walked on the moon…The young generation of today will decide what happens next–and STEAM will awaken their senses and ignite their capabilities.” What can we as parents and educators do to see innovation and exploration continue?

BA: Well, you need to encourage the young people and have them encourage their parents to get a public enthusiasm going again for the achievements where we can rebuild a space effort in the United States and begin to gather together international cooperation in low earth orbit at perhaps a new space station in the vicinity where the Chinese will be. [And] we’ll establish a presence at L1 and Halo orbits to be able to control the assembly of objects on the Lunar surface that are built and landed by international countries because they’ll be setting up maybe a six-month rotating permanence of their people on an expanding exploration module-based setup that is designed to be upgraded to be the same base setup that we would want to construct in similar ways and do a good bit of that within five or six feet of each other of the exploration modules. Do that under Earth control in five or six year periods so that when we get a crew at Phobos, they can put the finishing touches on assembling nine modules with the power, the water supplies, the edibles, so that then they can go down and land six people in the lander that they have at Phobos. Just before another three landers come in the next cycling spaceship and two of those landers will land and replace the six people at Phobos.

I could have spoken to Mr. Aldrin at length about Mars, how did he handles stress, and what words of wisdom he would impart to today’s youth, but, unfortunately, our interview was cut short. However, if you want to hear more from Buzz Aldrin, be sure to follow the very active 85-year old on Twitter at @The RealBuzz. 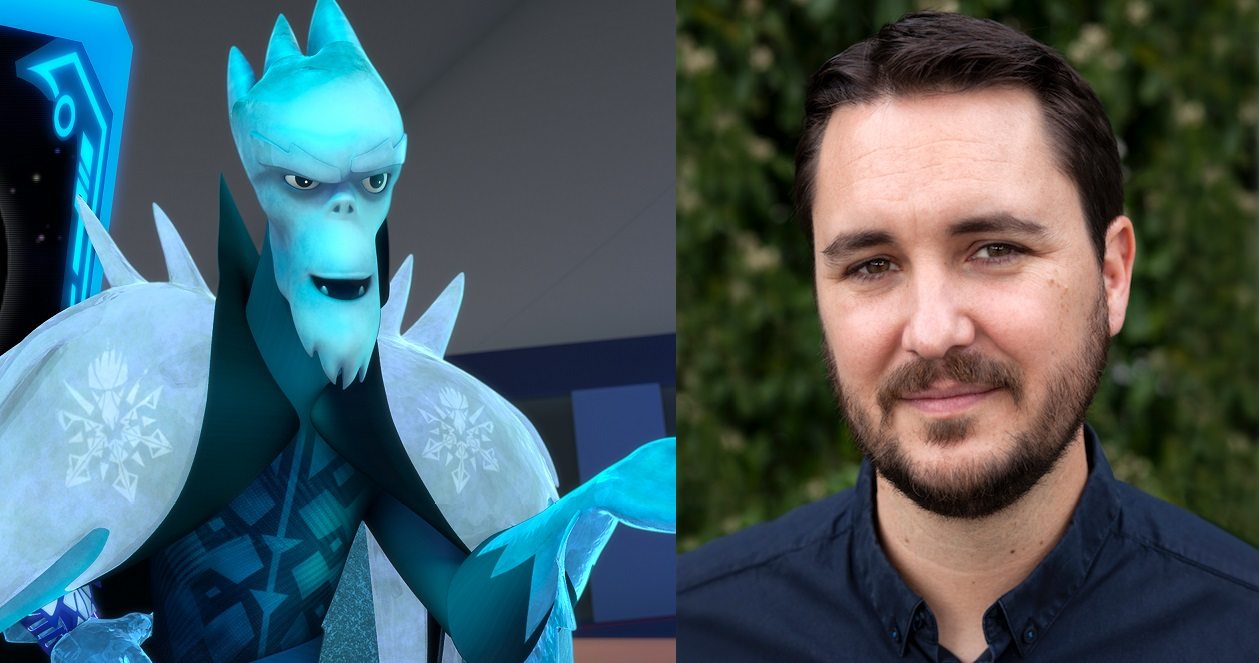