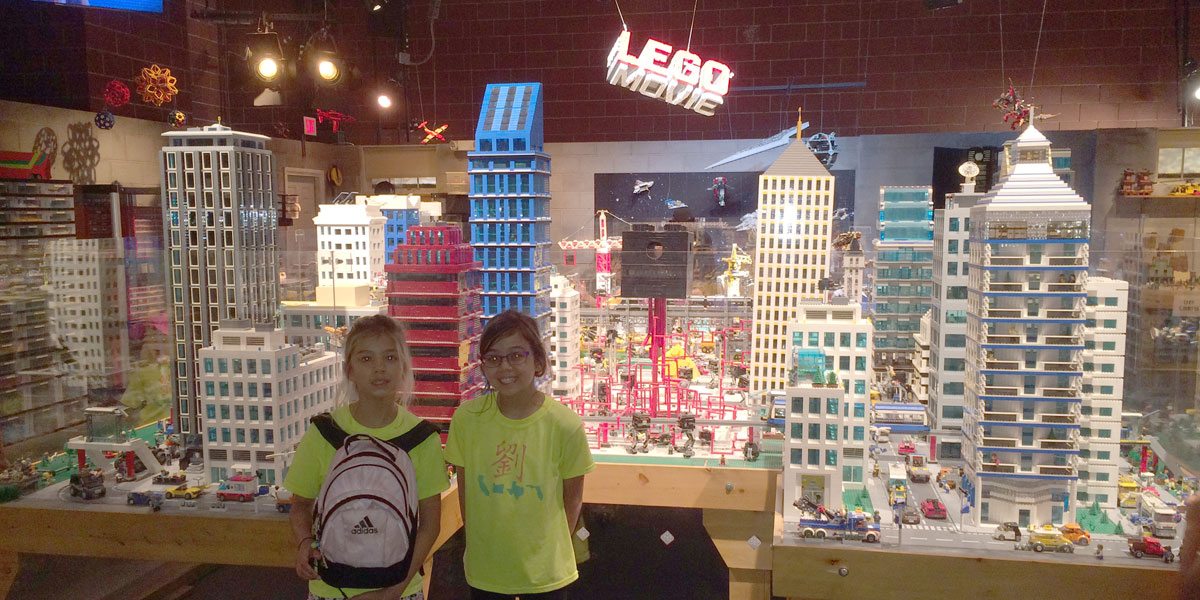 This month we had a family reunion, and my sister and I took our older kids to Legoland California Resort in Carlsbad. The highlight of the day for me was the LEGO Movie Experience: a big room filled with an actual set from The LEGO Movie.

Legoland is pretty pricey, and I think many of the rides are best suited for younger kids. My daughters (8 and 11) are getting to the point where the roller coasters seem too short and not quite exciting enough, and it does feel pretty expensive in comparison with what’s available at Disneyland. I’d been to the Legoland in Florida before, but the California Resort did have a couple of things that aren’t in Florida.

One is the Knights’ Tournament ride in the Castle Hill section of the park. There’s not really a good reason for it to have a medieval theme, as far as I could tell, but it’s the one ride that is better suited for older kids and adults. Basically it’s a robotic arm that holds two seats side by side. You pick a level from 1 to 5 (smaller kids can only do 1 or 2), strap in, and then the robot arm flings you around and spins you upside down for a few minutes. I rode twice: once with my middle daughter on Level 2, and once with my older daughter on Level 5. It’s pretty intense and I’m glad we went before lunch. If you’re headed to Legoland California and you like thrills, definitely one to check out.

Another feature that’s at the California location is the LEGO Death Star. In Miniland, which is full of models of locations from the USA, there’s also a Star Wars section filled with scenes from the movies, some with moving parts and sound effects. In California, there’s also an enormous Death Star. Around the center, Luke’s X-Wing circles the trench, followed by Darth Vader and two TIE Fighters (not to scale). Along the sides of the display there are other dioramas, like Darth Vader’s lightsaber duel with Obi Wan or the trash compactor scene. There’s also a big display of the Death Star trench run.

(We had some fun with the Super Powers FX app throughout the vacation, so here’s the Death Star in action.)

Our most exciting moment, though, came when we were walking through the new LEGO Friends Heartlake City (on our way to Driving School, actually). We stopped to use the restroom, and saw a building for The LEGO Movie Experience tucked away to the side. I hadn’t really paid attention to it on the map, but then I noticed what was inside: an actual set from The LEGO Movie.

We walked in and were just amazed. It’s just like walking into Finn’s basement, although with added Plexiglas walls to prevent you from touching the pieces, of course. Everything is on the raised wooden tables, complete with “HANDS OFF” and “DO NOT TOUCH” signs. There’s the laundry room section of the basement with stairs going up, and a storage area that includes a box labeled Cloud Cuckoo Land.

Throughout the set you can look for Emmet and the other characters in various little scenes. The huge table in the center has the city (including the construction site), and along the sides are other sections with the wild west, space, castles, and so on.

We spent a long time in the LEGO Movie Experience, walking around and looking at all the set pieces, looking for Emmet and Wyldstyle, and just being giddy, really. Overhead there were two video screens showing interviews with various actors or other behind-the-scenes tidbits, but the real draw is the sheer physicality of all that LEGO.

If you’re planning a trip to Legoland California Resort, be sure to stop in the LEGO Movie Experience. It’s not a new exhibit, but it surprised me that it didn’t get better billing on the map. It’s a nice way to get out of the heat when you need a break, and definitely my favorite part of my Legoland trip. 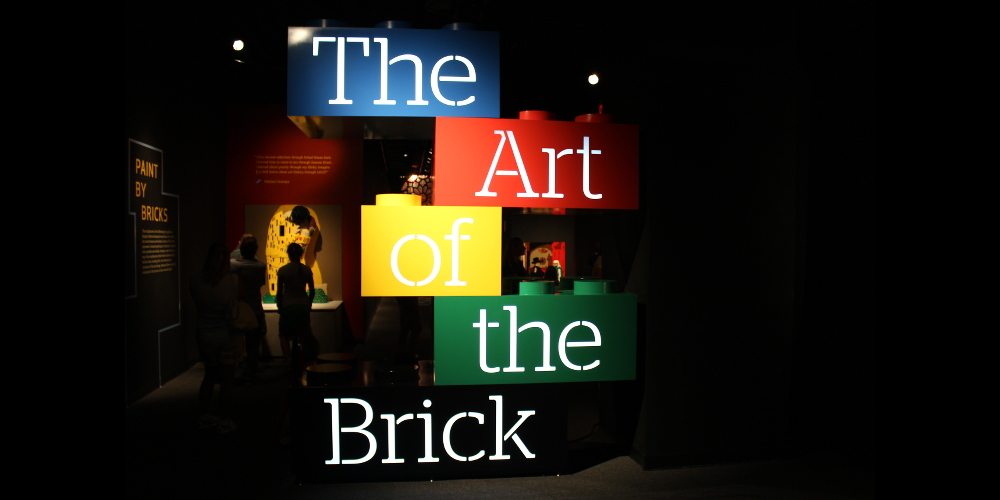