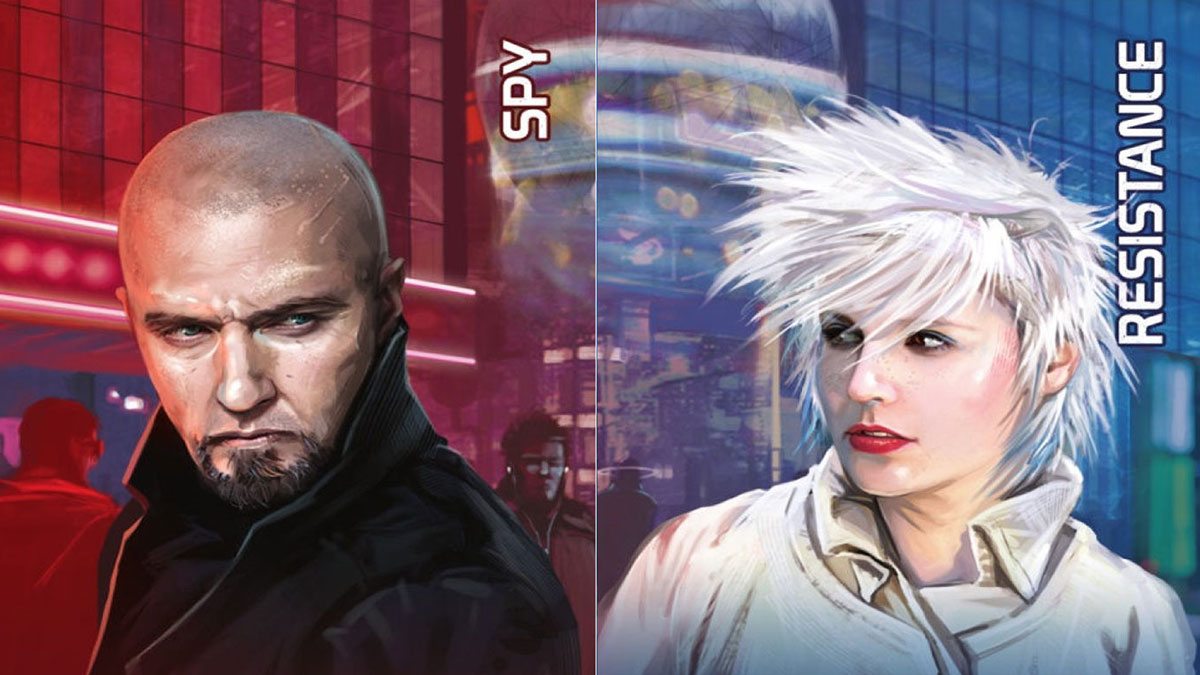 Six years ago, Don Eskridge put an interesting spin on the Werewolf/Mafia social deduction game mechanic with The Resistance, where players are either part of a rebellion against an corporate-controlled government seeking to conduct acts of sabotage, or spies for the government trying to undo the rebels’ plans. Last year, Ted Alspach and Akihisa Okui tweaked Werewolf directly with One Night Ultimate Werewolf, which boils down the essential elements of the classic game to a single round.

Now, Alspach is seeking to combine those two great games with One Night Resistance, currently on Kickstarter. The game is for 3-10 players, and each game takes about 15 minutes. You can get a copy of the game for a pledge of $25.

I was given a link to download a print-and-play of a prototype version of the game for review purposes. The artwork on the components is gorgeous and fits nicely with the existing artwork from the original The Resistance world. I cannot however comment on the production quality of the rest of the components as I have not seen them.

Setup for the game is very quick. You place the HQ tableau in the center of the table, then randomly select a leader and give that player the Leader token.

You then shuffle together a set of ID tokens. While the rules include a table for this, the formula is simple: put in all three spies and then Resistance tokens equal to the number of players, so that you end up with three more tokens than players. For example, a five player game will use five Resistance tokens and three spies, while a seven player game uses seven Resistance and three spies. The tokens are dealt out to each player, with the three remaining tokens placed face-down on the HQ tableau.

Next, take a number of Specialist cards equal to the number of players, shuffle them, and deal them out. The rules include suggested combinations of Specialists based on player count, but a random selection works as well. The Specialist tokens that correspond with the cards being used in the game are placed around HQ.

Each player secretly looks at the ID token and Specialist card they were given, and then the game can begin.

The game begins by the leader reading from a short script that fans of Werewolf, Mafia and The Resistance will find familiar: “Everyone close your eyes. Spies open your eyes. Spies look around and make sure you know all the other spies. Spies close your eyes. Everyone’s eyes should be closed.” It’s important to note that the Leader fully participates in this process.

Once the spies know each others’ identities and everyone’s eyes are closed again, the Leader opens her eyes and performs her Specialist action. This is where the game gets interesting, as the Specialists allow players to look at other players’ cards, swap ID tokens between players or the extra IDs on the HQ, and more. Some of these roles have different actions depending on whether the player is a Spy or Resistance.

Once the Leader has completed her action, she closes her eyes again and says, “Mission accomplished.” Then, the player to her left opens his eyes and completes his Specialist action, and so forth around the table. Once the final player (the person to the Leader’s right) says “Mission accomplished,” everyone opens their eyes and the day phase begins.

To begin the day phase, the Leader takes a single Specialist token to declare which action she took during the night. Or rather, which action she wants the other players to think she took. The rules are quite specific that one does not need to be honest about this. This continues around the table clockwise until everyone has a token. (There’s a confusing bit in the rules, though, that states that players can steal tokens from other players if someone who went earlier took the token they wanted, but it doesn’t provide instructions as to when the player whose token was stolen can draw a new one, or what is to prevent two players from just continually stealing the same token back and forth. Hopefully this will be clarified in the final rules.)

The final phase begins once everyone has a Specialist token: the discussion. At this point, everyone can talk about what information they gathered during the night, whether or not they think someone else is on a particular team, and the like. This is at the heart of all of the games of this genre, but is made more interesting in the One Night games by the fact that you have to make judgments based on very little information. One of the really cool things here is that it’s also possible that you might be basing your argument on incorrect information, as anyone’s role, including yours, may have been changed during the night by another player.

The rules recommend setting a time limit on this discussion, but in our play-throughs this wasn’t necessary as we were able to come to a decision as to who we thought was a spy was fairly quickly. As soon as the discussion ends, the Leader says “3…2…1…Vote!”, at which point everyone points at someone who they think is a spy. The player who gets the most votes is assassinated; if there’s a tie, all of the players who got the top votes are assassinated. The assassinated player or players reveals their ID token. If any spies were assassinated, the Resistance wins (even if one or more Resistance players were also killed), but if no spies are revealed then the bad guys win.

Throughout, there are three ID tokens in the middle of the table on the HQ tableau, so it is possible that there will be no spies at all. If the players come to believe this, they can choose to have everyone point to the person next to them, thus ensuring that no one will get more than one vote. In this case, the three middle tokens are revealed; if they are all spies, the Resistance wins, but if any one player was a spy who thus escaped detection, the spies win.

Where One Night Resistance differs from One Night Ultimate Werewolf:

When I first saw the game on Kickstarter, it seemed that it might be little more than a rebranding of One Night Ultimate Werewolf. While the two games definitely share a lot of DNA, One Night Resistance varies in some key places.

For starters, One Night Ultimate Werewolf requires that the night phase be conducted in a set order based on the roles in play. From a practical standpoint, this means that the game requires an announcer who isn’t playing and can therefore keep his eyes open to read the script and all of its possible, and quite confusing, variables, or requires use of the free companion app for the game. One Night Resistance, on the other hand, has the night phase go in turn order. This not only eliminates the need for an announcer or app, but it also introduces many, many more possibilities for players to consider in their discussions.

Another interesting difference is the way that this game has players publicly declare their roles at the start of each day round. This provides players with a lot of extra information, but they still have no way of knowing the quality of that information. For example, a player might take a Specialist token for a Resistance role because they are in fact the Resistance and want to help their team out by providing information; but then again, that’s exactly the sort of thing a wily spy would do, isn’t it? This simple mechanic creates a lot more accusations from the start, which can help jump start the conversation in quiet groups. 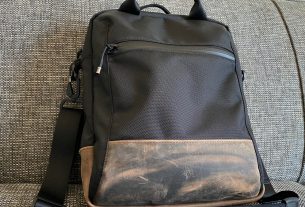 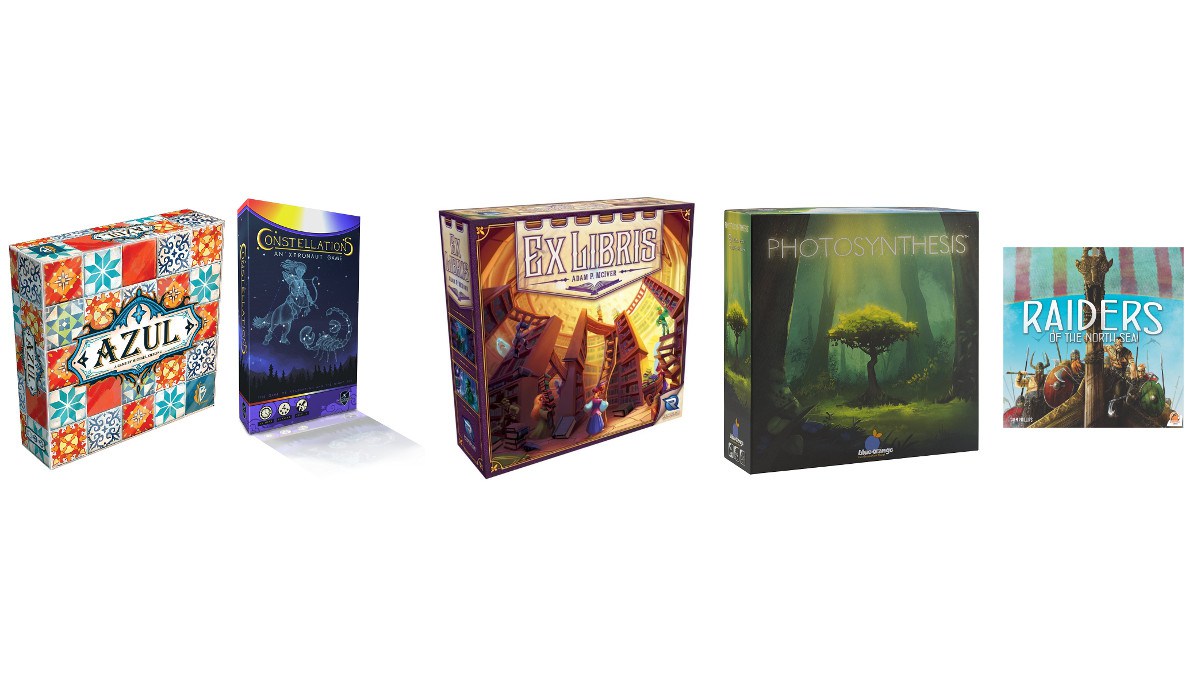