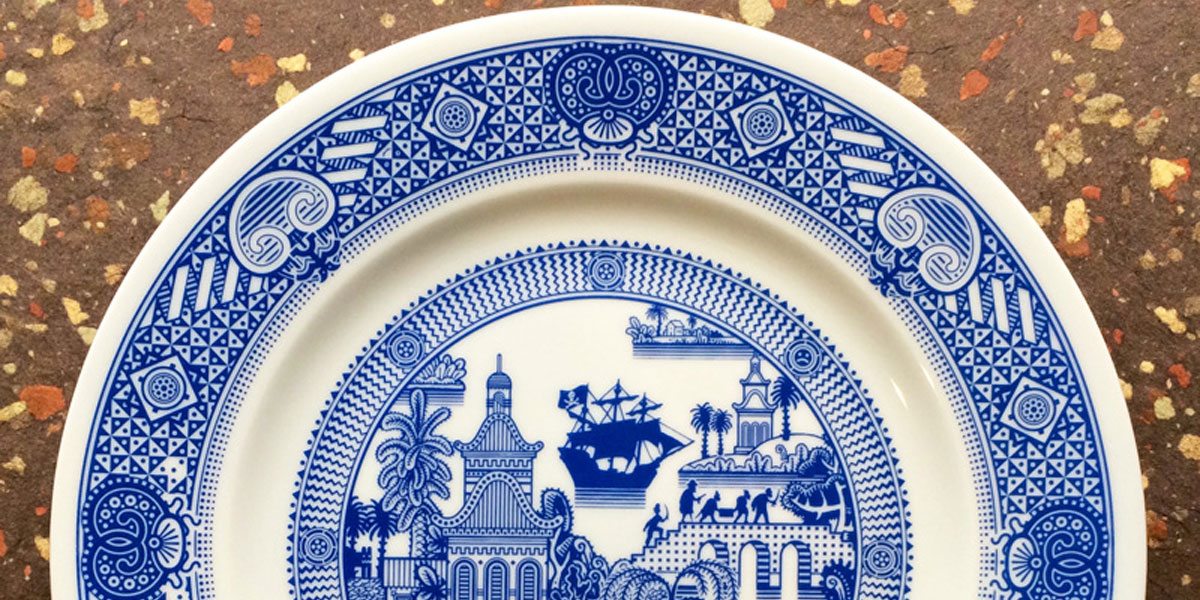 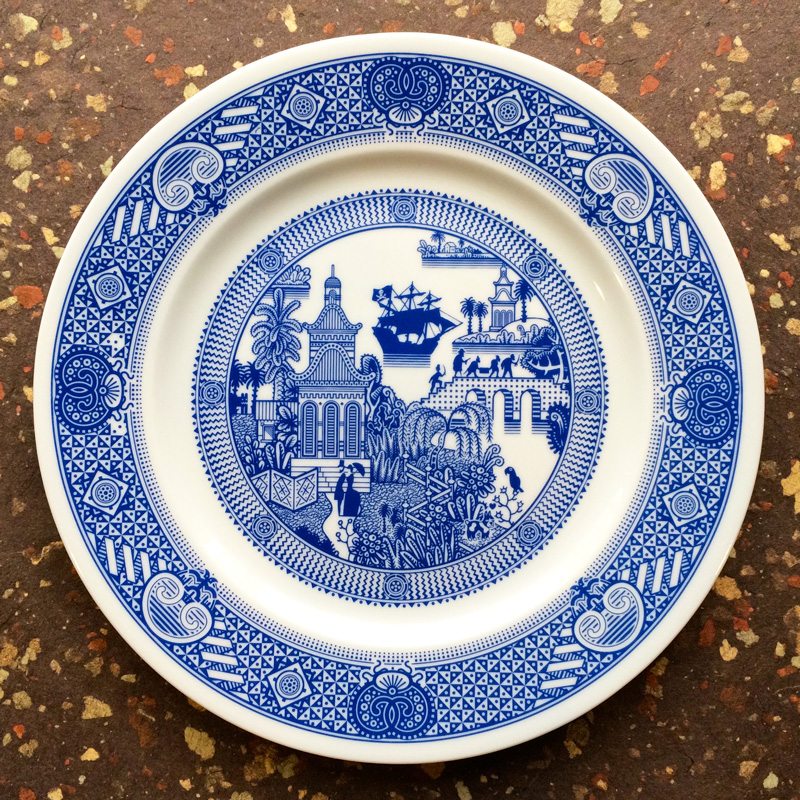 Don Moyer is at it again, with the fifth design in his Calamityware plate series. This time it’s pirates! (Previous plates have included flying monkeys, giant robots, sea monsters, and UFOs.) Moyer took the traditional blue dinner plate and added fun details: on this one, there’s a pirate crew making off with a chest, a pirate ship anchored in the bay, and a dog falling in love with a parrot.

All of the plates have been funded on Kickstarter, and the latest design has already hit its goal, with under two weeks left in case you want to pledge for one. The price is $39 for one, so they’re not inexpensive, but these are real porcelain plates.

In fact, this latest design will be produced in the Kristoff porcelain workshop in Poland, using in-glaze production instead of on-glaze. It does mean that the new plates won’t perfectly match the older ones (which were made at the Bryan China Company in Pennsylvania), but they’ll be even more like traditional porcelain plates that you see in museums. Who knows? Maybe someday these will be in a museum somewhere.

If you missed out on the previous designs, you can order them through Calamityware.com. And while you’re there, check out the BADbandanas, too. I backed both of the Kickstarter projects for these (blue and red). They look like traditional bandanas at first glance, but then you realize that those are little monsters instead of paisleys. The red version has pixel art. 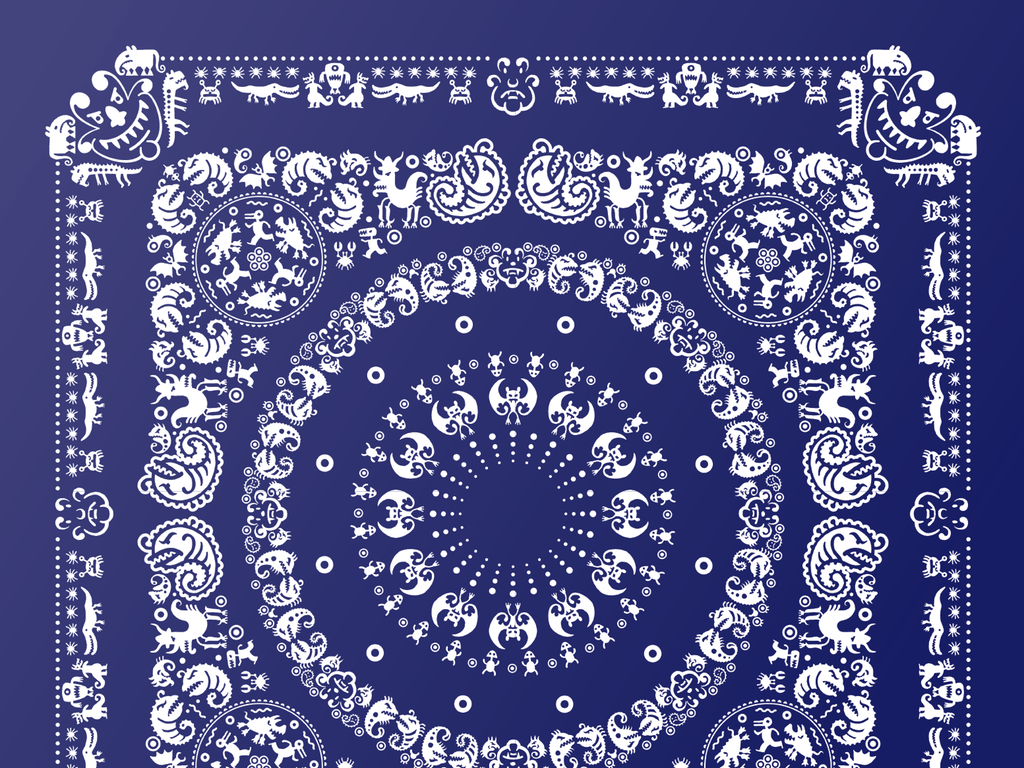 To pledge for the latest Calamityware plate, head to the Kickstarter page here. It’s a little cheaper to order through the Kickstarter than later, so if you’re sure you want some pirate plates for your next dinner party, now’s the time to order them!

1 thought on “Dishes With a Little Extra: Calamityware”